Keeping it Real: Redistricting—Be Aware of Stacking, Packing, and Cracking 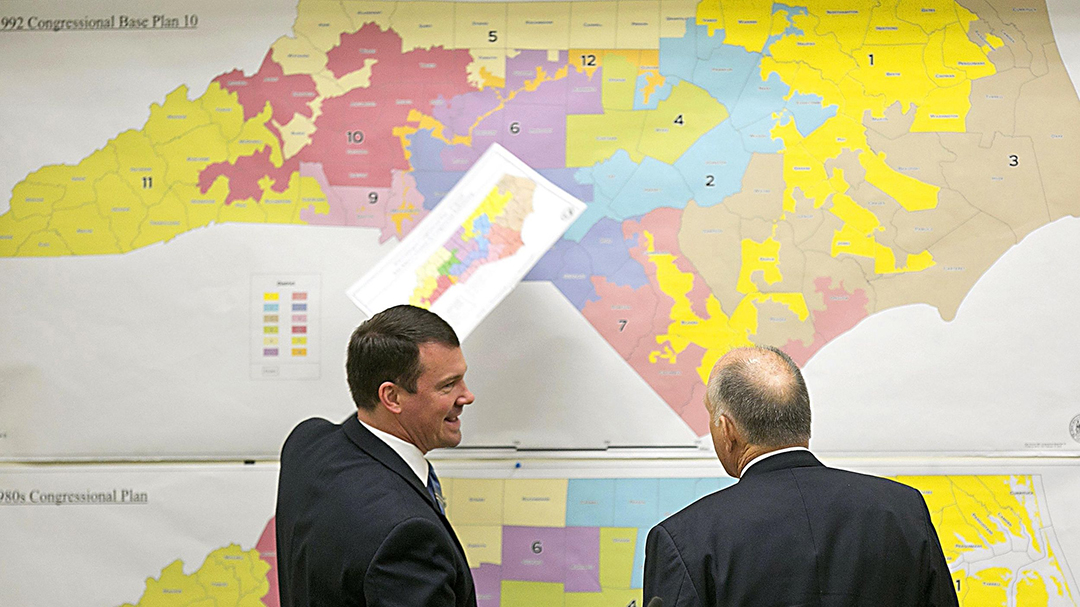 “Most of the time, we see only what we want to see, or what others tell us to see, instead of really investigating to see what is really there. We embrace illusions only because we are presented with the illusion that is embraced by the majority. . . And like obedient schoolchildren, we do not question their validity and swallow everything up like medicine. Why? Because since the earliest days of our youth, we have been conditioned to accept that the direction of the herd, and authority anywhere — is always right.” [Today, we know better and should be unafraid to challenge  the status quo when warranted.]

“I want to know why I should care about redistricting,” someone declared.

To that I must respond, “If you are Black, lived in America in 2020, and survived, that should be reason enough.”

I am not being hyperbolic. Certainly, people all over the world continue to be impacted by the pandemic, but for Black Americans, COVID-19 was the exclamation point on our sojourn in this nation and it signaled a new reality that screams, “We have had enough!”

If you grieved the agonizing loss of  a family member or friend to COVID-19; if—through six degrees of separation, more or less—you experienced the sudden impact of an untimely death of a Black man or woman at the hands of police or were once devastated by the injustice of such loss; if you knew someone locked in the COVID death houses called American prisons for a non-violent crime and you watched the former president’s cronies—who betrayed the nation and squandered millions of taxpayers’ dollars, enjoy the benevolence of home confinement; if you were appalled by the former president’s rush to execute prisoners before he left office (most of them Black) when we know DNA has exonerated 156 death row inmates in recent years;  if you know someone who waited too long to seek medical treatment for COVID or cancer, diabetes, high blood pressure or heart disease  because they had no health insurance; if you tossed and turned with anxiety over a beloved elder who languished in a senior housing facility as COVID stalked it halls; if you are a front line worker who risked your life daily during the peak of the pandemic; if you are nearing 50 years of age and still paying off your student loans, then these reasons are just the beginnings of why you should care about redistricting.

Why does redistricting seem so complex?

Admittedly, understanding the redistricting process, like so many other political processes, is challenging to some extent—I believe by design—partly, to deter understanding and by extension, interest, and by further extension, participation in advocating for fairness in the process. This, in addition to the removal of civics education from the public school system, has left many feeling it is not important or does not matter in the deluge of other things that bombard our lives daily.

Yet, redistricting plays a major role in determining our destiny as citizens once every ten years and in many places, it remains a  process again consigned to the same forces that designed and uphold the institutional, structural, systemic racism that produced the laundry list of disparities detailed above.

What history has taught us

Four hundred plus years have taught us that diversity in representation matters. It brings a variety of perspectives and lived experiences to decisions that include everything from the services provided to communities to the policies that direct and control our lives to how redistricting will work in your community or state.

We have learned that challenging historical norms, established by a homogenous set of leaders, who historically viewed every issue through the lens of plantation owners and madmen, rather than the kaleidoscope that is America, is a work in progress.

Certainly, diverse viewpoints enrich debate;  however, only to the extent one values another’s point of view can such debate be elevated to seek the highest solution with input from all—clearly, we are not there yet.

As the challenge of redistricting heats up in 2021 which will determine who gets a seat at the table for the next ten years, it is important to remember this is a battle for equity in representation being fought on three fronts–federal, state, and local; and at the local level, it splinters even further as agencies within municipalities from water boards to school boards, grapple with the same considerations.

The challenge of redistricting is further complicated by the lack of consistency in rules governing the process—again, I believe by design—as they vary from state to state; at the municipal level from county to county or city to city; and within municipalities, they can vary between boards, committees, and commissions.

For the first time in its 170-year history, California will lose a Congressional seat this year and the loss is not without consequences beyond diminished representation. Where the loss will be absorbed and how it might impact nearby Black communities, if at all, is yet to be determined. However, the loss of a Congressional seat is only one area of this vast web-of-ways political representation, as determined by redistricting, matters. This is because at times, even the smallest shift in district lines can significantly impact who is elected based on their political ideology.

As an aside, the loss of a Congressional seat also means a loss of federal funding to the state for important services like schools, hospitals, Medicaid, and other programs and services important for Black and other underserved communities.

Redistricting is already in motion. Last July, the California Supreme Court granted the Legislature’s emergency petition for a four-month extension to the redistricting deadlines due to COVID-19. As a result, final statewide maps are now due to the Secretary of state no later than December 15, 2021. This will certainly impact the 2022 elections—another reason to pay attention.

Know, understand and resist the use of redistricting’s dirty tricks

In the coming months, you will read and/or hear redistricting terms historically used to dilute minority votes. The oldest and dirtiest trick of redistricting is “gerrymandering” or the act of manipulating electoral boundaries to favor one party, class or, as we know it in the Black community—to minimize the potential impact of Black voters.

Yet, when you unpack the concept of gerrymandering, you discover it is composed of a trilogy of dirty tricks. They include “Stacking” which consists of combining low-income, less educated minorities together to create a perceived voting majority and then placing it in the same district as high-income, more-educated White voters who turn out in greater numbers; “Packing” which combines as many (usually minority) voters into one district as possible to prevent them from affecting elections in other districts; and then, there’s “Cracking” which disperses a group of minority voters into several districts to prevent them from reaching a majority.

Recognizing these tricks and calling them out for what they are at any level, be it state or local, is imperative because fairness in redistricting will lay the foundation for equity and representation in the coming decade.