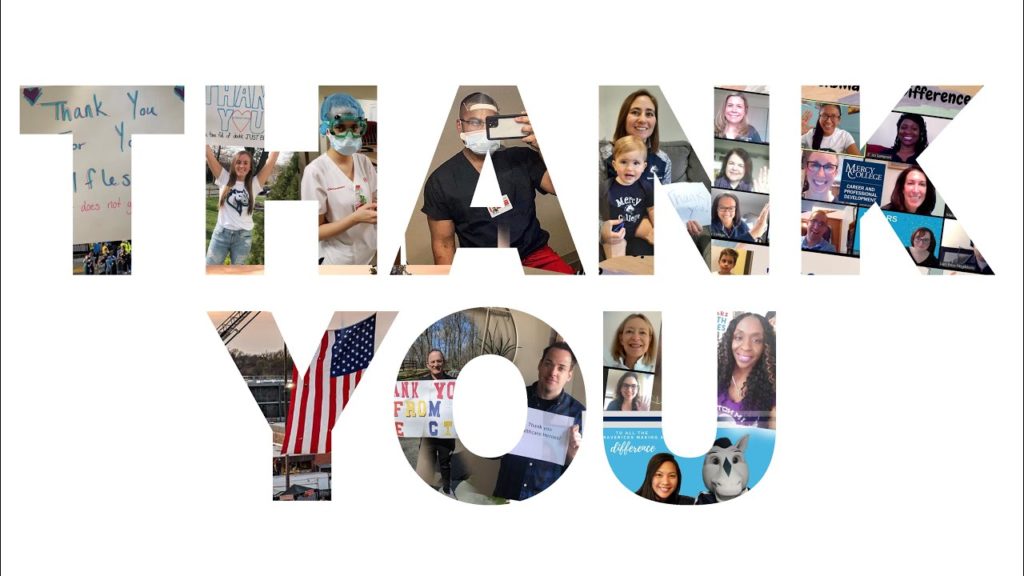 In the age of COVID-19 the term “hard work” took on a unique meaning. For most of this year “hard work” to many meant risking their lives as essential workers, while many others had to “work hard” to find new jobs in competition with the near 31 million Americans who are also unemployed; in addition to competing with the millions who may be looking for second jobs because they are underemployed.

Considering this landscape, Labor Day 2020 was tinged with unease. This was especially true for African Americans who remain unemployed at rates that, as usual, far outpace the unemployment rates of other groups.

Although the president likes to brag about all he has done for Black people, despite the realities of Black unemployment in the age of COVID and their widely disproportionate number of deaths from the virus, he still frequently touts the low pre-COVID unemployment rate though he has never acknowledged how, proportionate to other ethnic groups, not much changed in terms of equity.

2020 is proving to be one of the hardest years for workers since the Great Depression and it continues to stress households across the inland region.

It is during this tumultuous moment we must be the most vigilant in working to ensure as plans are being made about the future of work in America, workers have a seat at the table. The future should not solely be structured by those who sit at the top but also include input from the workers, who play such a significant role in creating their wealth.

These are difficult days and amid this turmoil, this chaos, there is an order unfolding. We must watch for the signs and understand how it will impact our local communities and most vulnerable groups in the workforce which usually consists of Blacks and other people of color.

Will industries like retail stores ever regain the mall traffic they lost, will warehouses accelerate their transition to robotics to reduce humans in the workspace, will restaurants ever be the same? The questions and the impact on various industries is yet to be revealed. What is known, however, is the economic footprint of America will look different when the nation exits the pandemic.

Although the nation’s COVID-19 reality remains a cautionary tale, during an interview with The New Yorker in May, the former political director of the AFL-CIO, Michael Podhorzer was somewhat optimistic about what the future may hold, reminding readers that in the wake of two disturbing periods in American history—the Great Depression and World War II—there was an era of real gains for labor.

Just as the nation has witnessed a coalescence of Americans across every demographic including race, religion, age, sex and sexual orientation to demand change in the arena of public safety and social justice pushing almost daily in places across the country, challenging communities everywhere to reimagine policing, this same energy can be harnessed to demand changes for the American worker. 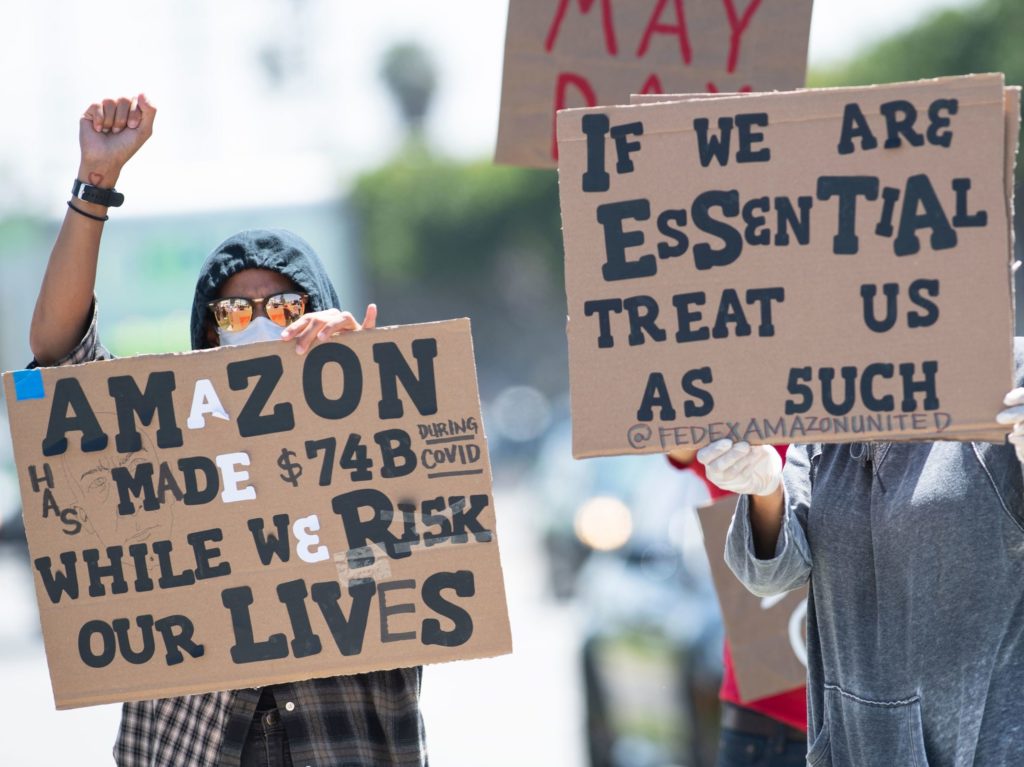 Protesters say Amazon and other companies are benefiting from surging demand during the pandemic, but not doing enough to protect essential workers. (Photo courtesy of NPR)

These demands should begin with a wage that does more than merely allow people to stay alive and  instead pays them commensurate to the essential services they provide for their fellow Americans—a wage that would enable families to thrive.  All workers should have access to paid family leave, mandatory, annual paid vacation time, improved childcare, and transparency regarding how decisions are made in hiring and promotions, and a portable health plan until the nation moves to universal health care.

Certainly these are lofty goals but who could have imagined an America where citizens of all races are not only “woke” to the trauma of living in Black skin in this country but have taken up the mantra of “Black Lives Matter” and joined the movement for change.

So many millions of low-paid workers risk their lives to allow others to stay in, work from home more often than not, earning more for their efforts than the “essential” workers who deliver mail or food or groceries or other packages to their doors or ring up their groceries at the market or their prescriptions at the drugstore.

The fact that this nation at all levels of government call them essential, that their employers are making money hand over fist and despite hollow platitudes about how essential they are were quick to cut the addition and minimal COVID bonus they were receiving on their check as soon as the opportunity presented itself even though not much has changed regarding the dangers they face.

If we truly value those we have identified as essential workers, we must join their fight for fairness now and in the future. One of the ways we can begin is by supporting Proposition 22 on the November 3 ballot.

Proposition 22 protects the rights of app-based rideshare and delivery drivers like UBER, Lyft and others to choose flexible work as independent contractors while providing new benefits and protections including a minimum earnings guarantee, access to health care benefits and insurance against illnesses and injuries acquired on the job. 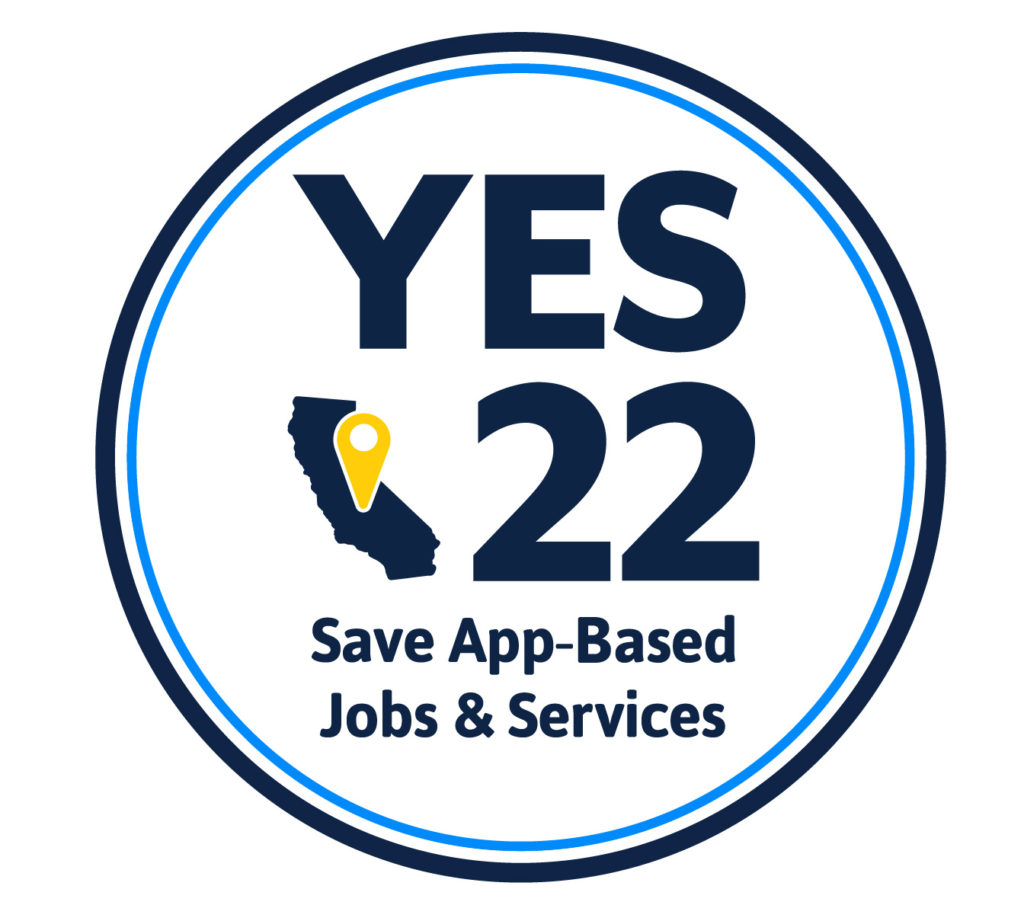 These workers, like so many others, deserve a job with dignity that pays fair wages and allows them a broader life than living paycheck to paycheck. This must be made true especially for those risking their lives during this global health care crisis. The rapper Tupac said, “Death is not the greatest loss in life. The greatest loss is what dies inside while still alive. Never surrender.”

As I marked this year’s “hard” Labor Day, I thought more deeply about those essential workers who have enabled me to stay safe during these long COVID months and in the process made my life more bearable and I will continue to depend on them going forward. I am grateful to all of them and support every movement for legislative change and other efforts designed to keep them safer and affords them a better quality of life.