I planned to spend the summer with my daughter and her family in St. Paul, MN to escape the sweltering summer heat of Palm Springs, but like most everyone else, COVID-19 changed those plans.

So, I’ve made do with Facetime calls and Zoom sessions with my daughter, son-in-law and their two girls ages four and five.

During one of our recent conversations the girls promised to send me some of their beautiful artwork to adorn my refrigerator. As budding artists, they create using a variety of media including markers and watercolors.

As with most adoring grandmothers, I could hardly wait for the pictures to arrive. They were mailed August 5th and finally arrived yesterday, August 15. In the interim, I checked the mailbox daily and after a week I worried maybe the art was lost in the mail. In the end however, what would normally take four to five days for delivery nearly doubled, owed to the purposeful effort to slow the mail as a way to suppress the mail-in vote during this deadly pandemic, by attempting to destroy the U.S. Postal Service.

Although the artwork is precious to me, I cannot help but wonder about those who depend on the mail service for any number of more life impacting reasons including the delivery of their medication, bill payments, and even products of home-based businesses.

All these important life essentials overtly disrupted to disenfranchise voters—just one of the many ploys being used by the Republican Party to hold on to power by suppressing the vote.

What will it be next? Shutting down gas stations so those who want to vote in person cannot drive to the polls? Closing all but one polling place in a tri-state area forcing people to cross state lines to cast a ballot? Arresting people for wearing face masks when they enter a polling place? Passing a literacy test? Guessing the number of jellybeans in a jar?

Maybe even answering a series of stupid and confusing questions as Blacks were asked to do all over the South during the Jim Crow era like the one posed in 1964 Louisiana which asked Black voters to, “Spell backwards, forwards.” No matter how you answered this question, if you were Black, you would never get the answer right. Why? See answer at the end of this opinion piece.

When the administration began its attacks on the U.S. Postal Service as sinister and harmful as it is, such actions no longer surprise or shock us as a nation. Donald “Jim Crow” Trump will deploy any strategy or tactic, go to any length, stoop to any depth, to upend the election.

By slowing down the U.S. Postal Service to sully the vote by mail process thus leaving people little option but going to the polls to vote or suffer another four years of his dangerous antics, he might as well have given people a gun with a single bullet in its chamber and instructed them to pull the trigger as they enter their polling place, knowing that entering any indoor facility in the age of COVID-19 could ultimately prove deadly, especially for people of color. He is trying to force people to play Russian Roulette with their lives. And, knowing the close ties he has with the Russian president, although this sounds cynical, this may be a game he is willing for “us” to play. I say, “us” because he and his wife have already applied for their ballots and I have little doubt theirs will be received and returned in a timely manner regardless of how bogged down the post office gets.

Pulling out mailboxes across the country, removing sorting machines from mail distribution centers, reducing overtime for mail carriers and other efforts to disrupt the postal process, with these actions he may hope to glean a two for one benefit. Firstly, suppressing the vote and secondly, financially harming mail carriers—many of whom are veterans and approximately 47% of whom are people of color. Postal jobs offer these groups an opportunity to move into the middle class.

It appears the president has willingly snatched the ladder of opportunity from under them. We know the things being done to suppress the vote we see, but must wonder about the actions being taken to undermine the election we cannot see.

Regarding the post office, Trump announced his plan to disrupt its processes to help himself in the 2020 election the same way he invited Russia to interfere in the 2016 election—he announced it to the public  in broad daylight by way of the national media.

He is using every tool he can leverage to not only win the election but also keep Americans distracted from the rising national death toll due to the coronavirus; distracted from the latest pilfering of the nation’s coffers by his family and friends; his continued, potentially criminal activity; the millions of unemployed; the mounting number of homeless, the growing number of hungry adults and children, and his stunning failure of leadership.

If there is any good news in all of this, it is more and more American people are getting fed up with his antics and seem willing to pull out all the stops themselves to overcome any barriers that may cause him to lose the election in November as he may be waking up to the reality the American people want to end the madness and toss him unceremoniously out of office.

The only way to help ensure this happens is to vote. Request your ballot early. Vote early. Encourage your family, friends, neighbors, and coworkers to do the same. The nation cannot afford for anyone to sit this election out.

It is our duty as citizens, as parents, as grandparents to work hard to give this nation a new beginning for our children and for our grandchildren—the future restaurant workers, cashiers, nurses, doctors, lawyers, teachers, postal workers, politicians and yes, artists who work in markers and watercolors.

Of course. This is just my opinion. I’m keeping it real.

For Blacks in 1964 Louisiana there was no right answer to this question, here’s why:

You have failed the test. 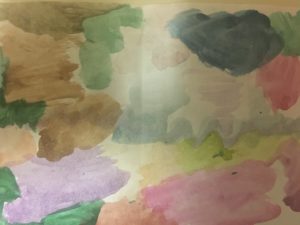 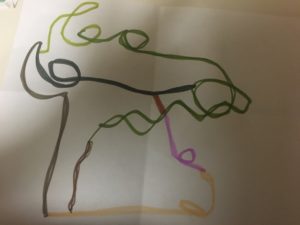