Keeping it Real: A Paradox—Child Exploitation and Criminal Justice in Riverside County 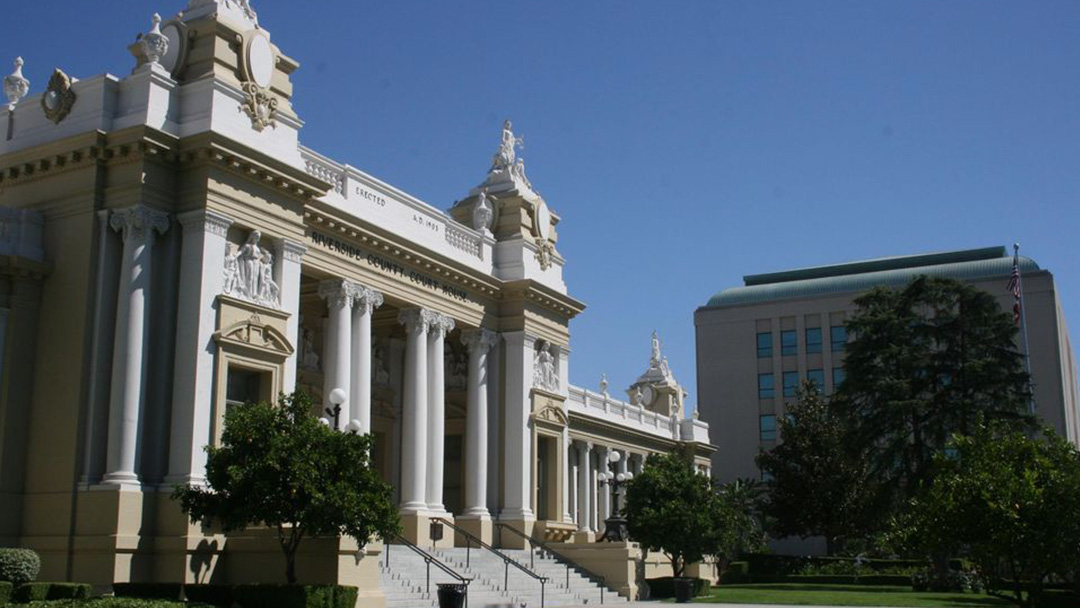 “It goes on and on and on. Race and racism is a reality that so many of us grow up learning to just deal with. But if we ever hope to move past it, it can’t just be on people of color to deal with it. It’s up to all of us—Black, White, everyone—no matter how well-meaning we think we might be—to do the honest, uncomfortable work of rooting it out.”
–Michelle Obama

In June of 2010, the Riverside County Sheriff’s Department applied for a California Emergency Management Agency (CALEMA) Anti Human Trafficking Grant. It was awarded in Aug. 2010. The grant provided $500,000 for the development of a task force to combat the crime of human trafficking. Since the establishment of Riverside County’s Anti-Human Trafficking Task Force (AHTTF), it has received additional funding in support of its efforts including a $1.8 million federal grant in 2018.

In April 2011, a representative of AHTTF was invited to speak to the Riverside NAACP. At the time, Riverside Branch President Woodie Rucker-Hughes announced the event:

“While this is a subject we hope never involves our children, it is imperative that we as a community are informed and remain vigilant in order to spread the word, that this ‘cancer’ is amongst us.”

On Jan. 20, the Riverside County District’s Office posted the following message on Facebook:

“Today is National Human Trafficking Awareness Day. This is a tremendous problem that unfortunately is happening everywhere. More than half of the victims in Riverside County cases in 2019 were minors under the age of 18.” 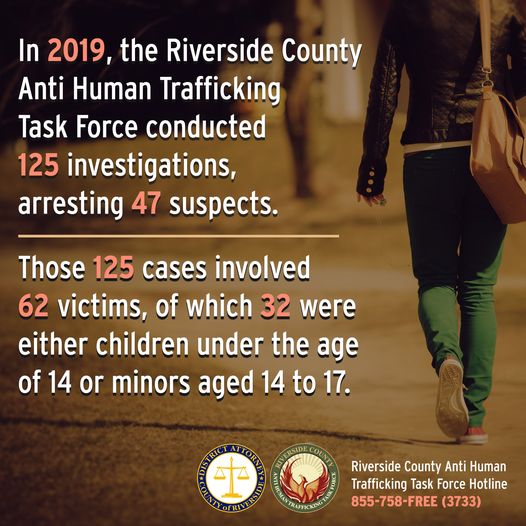 The District Attorney’s Office was accurate when it noted how the trafficking of children is a tremendous problem; yet the department’s alleged passion for fighting human trafficking and the tooting of its own horn for such efforts appear hollow and disingenuous when perceived through the eyes of many of us in the Black community.

This is largely because while it is doing good work in the area of trafficking on one hand, with the other hand hidden behind its back, this same county continues to exploit Black children and youth to fatten county coffers in direct violation of state law—a glaring example of the exploitation of human beings for income.

What am I talking about, you ask?  In 2017, the governor signed and California passed SB 190. The legislation banned the practice of billing parents for their children’s incarceration, considered a source of financial harm to some of the state’s most vulnerable families, including many here in Riverside County.  In April, three years after the law was passed, Riverside County, having been exposed by a lawsuit for its failure to comply with the law, finally took partial steps to conform as the suit continues to work its way through the courts.

Riverside is one of only five of the state’s 58 counties that blatantly and unapologetically defied the law despite data showing such fees disproportionately impact low income and minority families, considering such services are largely already paid for by taxpayers.

In 2018 juvenile fees targeted for collection in the county totaled about $15 million dollars—this is nothing less than the legalized trafficking of Black children through the juvenile justice system for municipal profit. Results show such fees are excessively applied to Blacks in grossly higher amounts resulting in continued leveraging to criminal justice as a tool of oppression.

Who should be called out for this? Who is accountable? Is it the County Sheriff’s Department who arrests them in higher numbers? District Attorney’s Office who charges them with more crimes? The Juvenile Court that applies stricter sentences? The County Supervisors, city police departments, mayors and city councils who all play their parts either directly or indirectly? Is it all of them collectively? Or, is it all of us collectively, the citizens of this county who have historically elected leaders who either lack sensitivity to the Black experience; are indifferent to the impact such injustices have on Black children and youth; are uninformed about what is happening in the criminal justice arena of the community they were elected to represent; or are the majority of these officials just racists who will continue to run this county like an “antebellum southern state” because no one holds them accountable?

A 2017 U.S. Commission on Civil Rights report, Targeted Fines and Fees Against Communities of Color, found that “unchecked discretion or stringent requirements to impose fines or fees can lead and have led to discrimination and inequitable access to justice when not exercised in accordance with the protections afforded under the Due Process and Equal Protection Clauses of the United States Constitution.”

Our children will continue to be exploited, trafficked through the criminal justice system for political and municipal profit unless we as voters put an end to it.

We know who the culprits are, what they look like and who they represent. We need elected officials who care about our families, our children and the injustice that continues to smother the life from our Black communities. This includes a District Attorney, Sheriff, Judges, Police Chiefs, county elected officials, mayors, city council representatives and others who serve us.

We must continue to fight for change at the polls, in the courts and through peaceful protest. We owe it to the memory of Woodie Rucker-Hughes. We owe it to our children. The criminal justice exploitation of children, youth, and families for the economic benefit of municipalities must end in Riverside County.