It’s About Power, Money, and Data 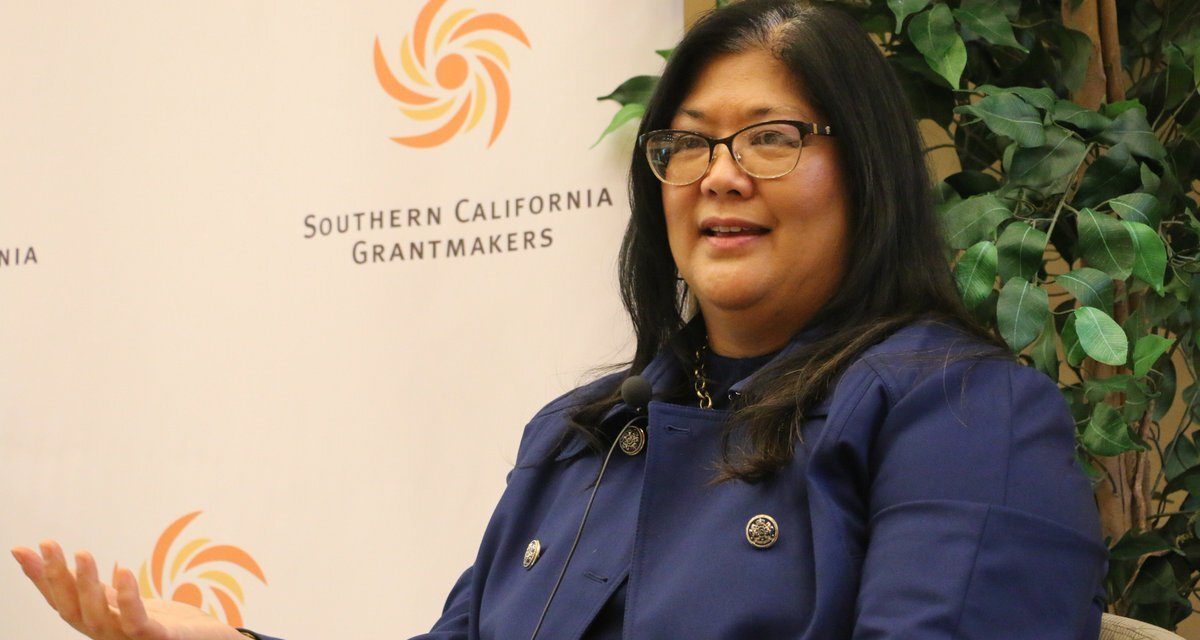 As of April 1st, 37.9% of California’s households have filled out their census questionnaires, Ditas Katague, the state’s Complete Count Committee director, reported during a “Census Day” teleconference.

“The nationwide response rate was slightly higher, 38.4%, but California’s 40 million population includes 11 million people the Census Bureau considers “hard to count” — more than in all of Georgia,” Katague said.

California’s marathon effort to get everybody counted by the Aug. 14 deadline includes immigrants, infants, the elderly, the incarcerated, the homeless, those who do not speak English.

Before the deadline, Census Bureau “enumerators” will have visited households that didn’t fill out their census forms online, over the phone, or by mail. The enumerators are scheduled to begin their work May 28th, and will return several times, if necessary, to try to get the questionnaires completed.

The completion deadline originally was July 31st, but was extended by two weeks, to August 15th, in response to the COVID-19 virus outbreak. Other aspects of the Census 2020 timeline also have been adjusted, such as the schedule for training and dispatching enumerators.

“It’s about power, it’s about money, it’s about data,” Katague said. Nationwide, about $1.5 trillion every year (https://tinyurl.com/Census-directedUSspending) of federal government spending is allocated based on census data. That data drives federal funding for emergencies, like the coronavirus.

“Just know that being counted is very important for emergency response,” Katague said. Besides all that federal spending, census data determines how many seats a state gets in Congress.

“Representation, having a voice, being able to be heard, and being sure that the dollars we send to Washington comes back to our community, that’s part of the power aspect,” Katague explained. “If California loses a congressional seat to North Carolina or Texas, I can’t even imagine the impact it would have. And, health care funding is a particular concern,” she added.

California has allocated about $187 million to this year’s census outreach and communications, far more than any other state in the country and multiples of what it spent in 2010. That year, the “great recession” had Sacramento pinching pennies. Ten years earlier, in 2000, California became the first state ever to fund census outreach efforts.

“The state doesn’t do the counting itself, just the outreach,” Katague explained. “So I just appeal to everyone: Can you answer those nine questions?”  The chance to count everyone won’t come around again until 2030. Meanwhile, for every Californian who doesn’t get counted this year, their community will miss out on about $10,000 annually in federal spending. Those federal tax dollars go to build roads, staff schools, pay for health care and nutritional needs, and much more — approximately 300-plus federal programs.

Jun Lim, from Asian Americans Advancing Justice-Los Angeles (AAAJ-LA), also participated in the teleconference. As one of the state’s trusted messengers in its outreach efforts, AAAJ has set up a hotline for anyone with census questions or concerns: (844) 202-0274.

Lim cited an ongoing need for culturally competent help in getting the Asian American and Pacific Islander/Native Hawaiian communities counted. That population is deemed “least likely” to respond to the census, she said, despite being the fastest-growing immigrant group in the country. The reasons include wariness of government intentions and a lack of awareness about the role of the census in U.S. government.

To encourage participation, AAAJ has helped assemble countusin2020.org, where census information is available in dozens of languages, including Spanish, Chinese, Tagalog, Urdu, Thai, Punjabi, Hmong and many more.

Basim Elkarra, who directs census outreach for the Council on American-Islamic Relations, described the shift away from in-person events, because of the pandemic, to communicating by phone banking, webinars and WhatsApp, distributing in-language flyers at grocery stores, and cultivating in-language speakers to help dispel confusion about the 2020 census.

Elkarra noted that in the Somali and the MENA (Middle Eastern/North African) population, “When someone speaks their language, it builds trust.  People will take our community more seriously when they see the actual numbers.” He cited the dramatic undercount of Armenians in California and in the U.S. overall as a key reason for why they are underrepresented.

The Census Bureau in mid-March began sending out “invitations” to participate to all known household addresses. The invitations direct recipients on how to fill out their nine-question census forms online. But even households that haven’t received an invitation can go online to respond at www.my2020census.gov.

If an online response isn’t an option, people can call (844) 330-2020 to answer the nine questions by phone, fill out the questionnaires that arrive by mail and mail them back, or wait for an enumerator to come knocking.

The panel addressed concerns about how to tell if a person claiming to be an enumerator actually is — identification, a local phone number to check the ID, an official bag, and hand-held electronic device with the nine questions — and about privacy of information. Strict confidentiality rules protect the personal information people provide from being disclosed even to other government agencies or landlords.

All of the speakers emphasized that for anyone concerned about stay-at-home orders or virus contamination, the best thing to do is to fill out the census form online, at my2020Census.gov.

“My core message is that participating is safe and secure for all Californians,” Katague said.