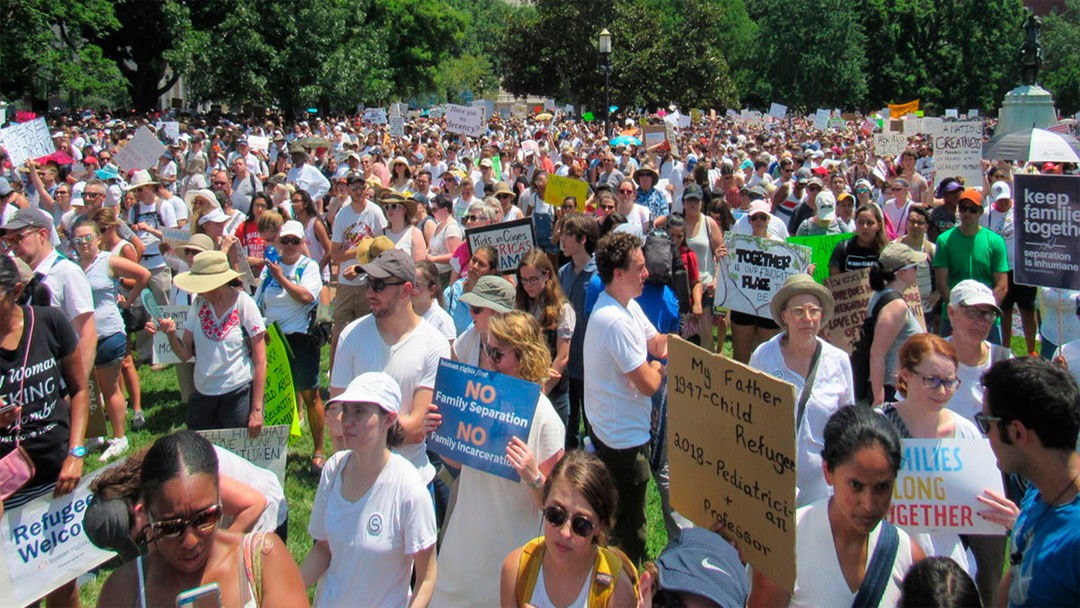 Citizens gathered at rallies across the Inland Empire last weekend in support of immigrant families seeking asylum in America and their quest to keep their families together and out of jail.

Thousands in the region joined millions around the country in defiance of President Trump’s immigration policies that have separated families, locked young children in cages and offered such confusing messages about how the nation’s detention policies are being administered, that even the most informed immigration observers are having difficulty sorting through the government’s detention and asylum policies.

The marchers represented the nation’s diverse population and included protesters of all races, age groups, religions, sexual orientation and in addition, several elected officials were present at some of the region’s gatherings.

Although messages on the signs protesters carried were varied, they marched united in a single web of defiance against the separation and imprisonment of children regardless of their asylum status or national origin.

Although the president claimed to reverse his zero-tolerance separation policy that took children from parents seeking asylum in an executive order he signed nearly two week ago and a San Diego judge has ordered that the more than 2000 children be reunited with their parents, it has remained unclear whether the federal government has a clear plan to do so.

There are further concerns that the government had no system to properly identify and reconnect children to their parents and by reports that some parents were already deported back to their home countries while their children remain in custody in the U.S.

Initially, the president defended his separation/zero tolerance policy and claimed the immigrants were “falsely” seeking asylum. However, the president later admitted he is not a fan of asylum. In addition, he has used such terms as infestation when discussing immigration and has frequently made comments that seem to infer MS-13 gang members are synonymous with immigrants.

Header Photo: Protesters in D.C. for the “Families Belong Together” march