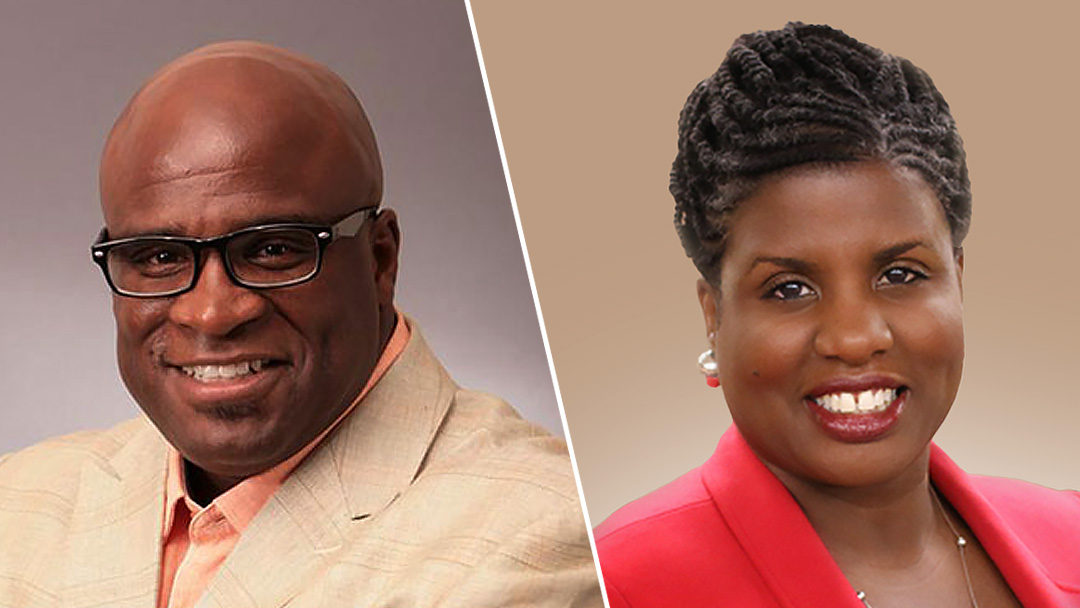 The Black Equity Initiative of the Inland Empire has launched the Black Equity Fund (BEF)—a regional, pooled fund with a preliminary goal of raising five million dollars over two years.

The quest for Black Equity is about more than the historic push for equality, it is about leveling the playing field in all aspects of Black life—from employment to healthcare, from education to criminal justice, from affordable housing to homeownership as a foundation for building inter-generational wealth, and beyond.

Equity is about fair and equal access to all the tools necessary to enable true self-determination for members of the African American community. It is not about a hand out, but a hand up–something the Black Equity Initiative of the Inland Region has focused on since its formation in 2014.

The fund is being seeded with investments from The California Endowment and the Inland Empire Community Foundation. In addition, it has also garnered interest from several foundations and private donors.

In partnership with the Inland Empire Funders Alliance (IEFA), the initiative’s preliminary fundraising goal will be updated overtime to support long-term investments in Black-led organizations (BLOs).

The longstanding leadership of BLOs coupled with the power of the cross-racial coalitions they have built, tremendous advancements in racial equity is taking shape in the United States and globally. Countless government agencies, corporations, and foundations have, in a matter of weeks, redoubled their commitments to racial equity and combating anti-Black racism.

Black-led organizations (BLOs) in the Inland Empire are an important part of this story. Capitalizing on decades of patient work and incremental wins to advance racial equity, BLOs in the inland region have scored some significant policy victories in recent weeks.

“The Black Equity Initiative is a collective impact model with a cultural lens centered on the principles of Kwanzaa,” said Dina Walker, President & CEO of BLU Educational Foundation. “This includes self-determination, collective work, and responsibility. It is from this foundation that we work together to create the vision, develop strategy, work the plan, and ultimately reap the harvest.”

Walker continued, “We trust and move forward together knowing that our success is intrinsically tied to the success of each other.  This is how we meet the needs and dreams of our community.”

She further expressed her belief the Black Equity Fund will go a long way in supporting the work of Black-led organizations that often goes unseen, unheard, and underfunded.

“It is an innovative model that will give the IE Black Equity Initiative the power to make the funding decisions, “she continued. “This is the genius in building and maintaining great communities.  It is where the people have a voice and a vote!”

Corey Jackson, CEO of SBX Youth & Family Services, echoed Walker’s sentiments adding, “This investment in Black-led organizations is anti-racism in action. History will show that this investment will translate in greater employment and a true economic impact in our community,”

The IE Black Equity Fund is the first known regional-pooled fund on Black equity that brings together statewide, regional and local funders as well as private donors and corporate philanthropy working in partnership with leaders of the Inland Empire Black Equity Initiative to advance their priority issues.

Felicia Jones, Associate Director at Congregations United for Prophetic Engagement, noted Black led organizations have a powerful track record for leading equity work in the Inland Empire. “Groups began to formally collaborate on issues of educational equity more than a decade ago, moving important reforms in school districts throughout the region,” she noted.

“The collaborative, formerly known as the African American Education Collaborative and later renamed the IE Black Equity Initiative, continued to evolve from a group of 10 to now more than 20 Black led organizations and has expanded its collective work into criminal justice reform, higher education, and civic engagement.”

Michelle Decker, CEO of the Inland Empire Community Foundation (IECF), and a co-investor in the Black Equity Fund, underscored the need for funders to repair the damage from decades of underinvestment in Black communities.

“We need to come together in a manner that honors the expertise of Black-led organizations,” she noted, adding that “the economic and health challenges of COVID-19, as well as the collective trauma of the killing of Black lives, have shown us that the success of the region will rise or fall based on its progress on racial equity.”

Further highlighting IECF’s role as a trusted partner in the initiative Decker stressed, “[W]e encourage our funding partners to give generously as well as individual donors—this fund can accept donations from individuals and family foundations.”

She also shared the IECF Board of Directors voted Monday night to make a $150,000 commitment to the Fund, a combination of Board gifts, program dollars, and operating funds. The financial commitment she explained, “[Is] to show our solidarity with Black-led organizations and support Black-led strategies to end racism and injustice.”

The IE Black Equity Fund is taking an innovative approach to its initiative in alignment with the guiding principles of the Trust-Based Philanthropy Project, which recognizes “the inherent power imbalance between foundations and nonprofits.”

In response, the fund is approaching grantee relationships through trust, humility, and transparency.

In addition, partners in the regional fund pledge to give multi-year, unrestricted funding; center IE Black Equity Initiative leaders in decision-making; simplify and streamline paperwork; be transparent and responsive; and  offer support beyond the check by participating in peer learning with IE Black Equity Initiative leaders to improve Black equity in funders’ overall grantmaking practice. Leaders of the fund hope this approach will provide a more consistent flow of support.

“The Black Equity Fund is being developed through an iterative process based in equity whereby those most impacted and closest to the problems and conditions we need to change are driving the strategy and decision-making process.  It’s in those lived experiences where generative and relevant solutions are birthed,” said Margarita Luna, Senior Program Manager at The California Endowment and vice-chair of the Inland Empire Funders Alliance.

The Center for Social Innovation led by Professor Karthick Ramakrishnan at UC Riverside is a strategic data partner to both the Black Equity Initiative and the Black Equity Fund. It will provide research support to help motivate, inform, and learn from philanthropic investments in Black-led organizations in the Inland Empire.

Ramakrishnan sees the Inland Empire as a place where a lot of innovative things are happening and stressed, “[W]e can thank our Black-led organizations for leading the way on many important changes. For example, the coordinated advocacy of community partners helped push San Bernardino County to declare racism a public health crisis, and to ensure that these words will be followed up by meaningful action. Now, many other jurisdictions are doing the same.”

He continued, “ The Black Equity Fund is another major step in innovation, because it is designed in a way that gives significant power to the community, not the funders, in deciding how the program will be designed and how the dollars will be invested.”

He stressed how the reality of it happening in the Inland Empire is a credit to the savvy of local Black-led organizations, as well as the thoughtful partnership of funders like The California Endowment, the Inland Empire Community Foundation, and the IE Funders Alliance.

“The Inland Empire is a center of innovation when it comes to advancing racial equity,” Ramakrishnan noted. “Our communities have come together in even more powerful ways after COVID-19 than they did previously.  We are grateful,” he stressed, “that our Center for Social Innovation can play a supportive role in all of this, especially in making sure that our data and research on racial disparities, as well as data we hope to gather on changes in philanthropic investments, will help ensure that funding for Black-led organizations remains strong.”

Organizers of the Black Equity Fund—including the Inland Empire Funders Alliance, IE Black Equity Initiative, Inland Empire Community Foundation and the Center for Social Innovation—noted the importance of seizing the moment and doing so in a way that fundamentally alters power relationships in philanthropy and empowers Black community leaders as much as possible.

S.E. Williams is managing editor for the IE Voice and Black Voice News.

Header Photo:
The Black Equity Initiative was formed in 2014 and is composed of Inland Empire organizations that share a desire to improve social conditions through empowerment, education, and policy change. (Two of the founding leaders are Dina Walker of BLU Educational Foundation and Pastor Sam Casey of Congregations Organized for Prophetic Engagement.)