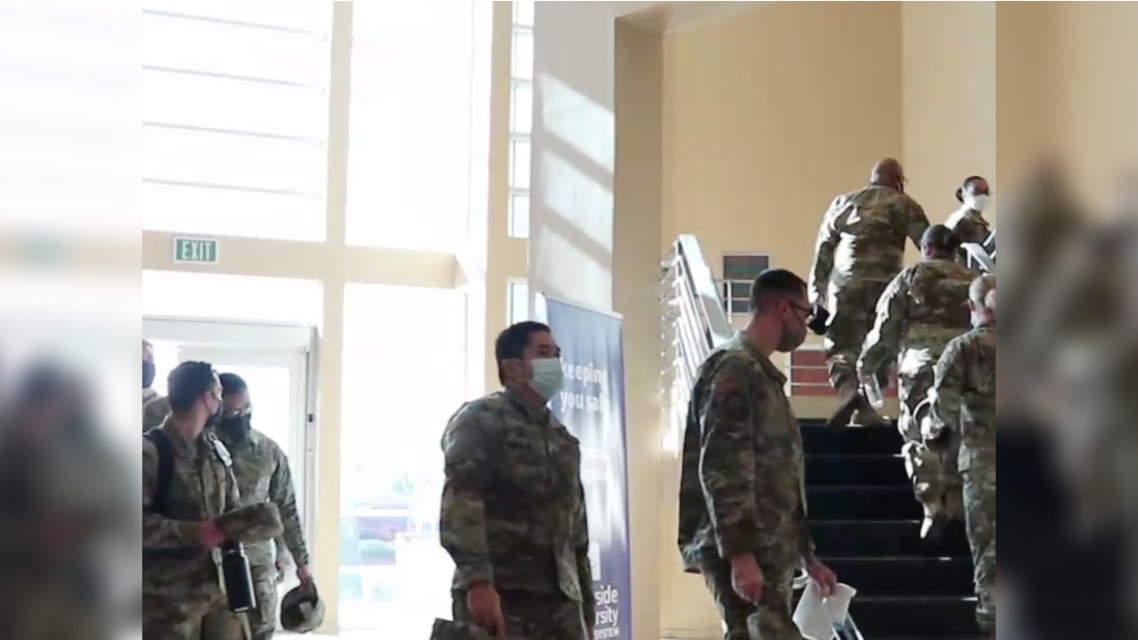 Medical resources at hospitals in both Riverside and San Bernardino Counties are strained, and the military has dispatched resources to both counties to offer assistance.

Resources began arriving on Dec. 29 in San Bernardino County and this week Riverside also received military help. The  U.S. Army and U.S. Airforce are providing both personnel as well as solutions for limited oxygen supplies.

On Thursday Jan. 7 a team of U.S. military personnel arrived in Riverside County.

“Riverside County hospitals have been stretched well beyond their licensed capacities to treat record numbers of patients.” Bruce Barton, Director of the county’s Emergency Management Department said. As a result, he explained further, the military resources are critical to help the region treat more of our residents and get through this hospital surge.

A core team of nearly 20 active-duty physician assistants, nurses and respiratory care practitioners from the U.S. Army and  U.S. Air Force have arrived at the Riverside University Health System Medical Center in Moreno Valley. Officials confirmed the resources will support hospitals across the county.

The arrival of military medical resources came a day after Riverside County received oxygen generators from the state to help mitigate the region’s critical need for oxygen.

According to Barton, the need for oxygen is not limited to just one hospital as oxygen suppliers are having difficulty keeping up with the high demand. The state’ Emergency Medical Services Authority established an oxygen depot to supply Riverside and surrounding counties with oxygen.

The new oxygen depot consists of two large generators that will produce oxygen to fill the large tanks used by hospitals. The depot provides a critically needed expansion of the county’s local oxygen supply.