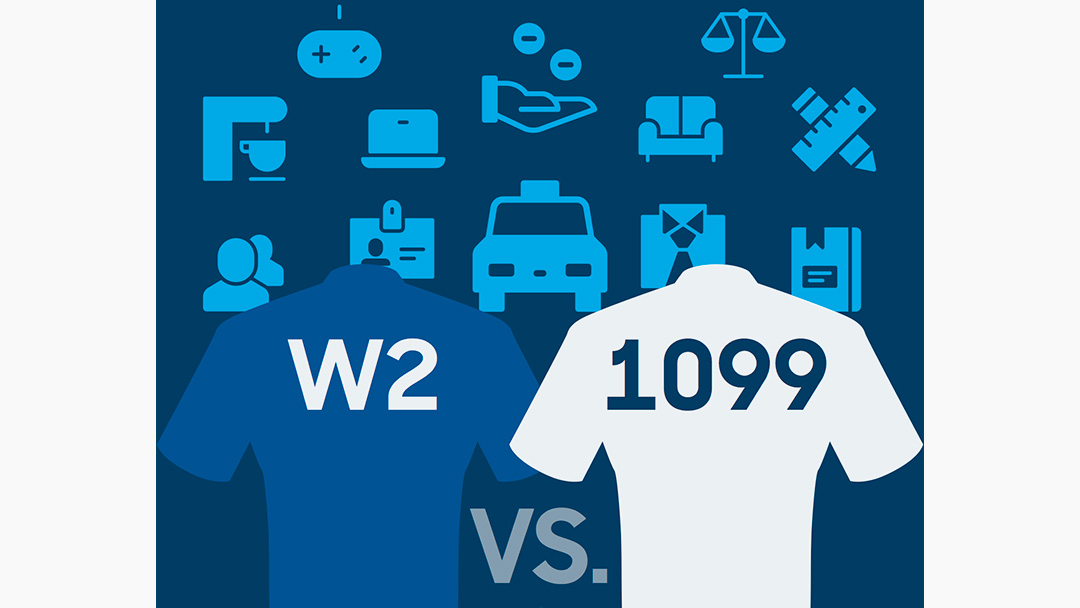 In 2018, nothing shook up the operations model for businesses in the state like the controversial California Supreme Court ruling in Dynamex Operations West, Inc. v. Los Angeles County Superior Court (Dynamex).

The ruling touched workers in almost every aspect of the state’s so-called gig economy—businesses based on short-term contracts or freelance type work as opposed to permanent jobs. Almost every industry touches the gig economy from construction to transportation to manufacturing, retail, agriculture, professional/business services, beauty/barber shops and the list goes on.

Black barber/beauty shops owners and operators like others impacted by the ruling, are working to understand what it means to their business models and whether complying with new tests posed by the Dynamex ruling for independent contractors will be too cost prohibitive for them to continue in business.

Since the turn of the 19th century and before, Black beauty salons/barber shops have held a unique place in the African American community—often serving as the center for discussion on politics and community concerns. For many, they also represent an entrance for many into the world of entrepreneurialism.

Their products and services are strongly supported by Black consumers so certainly any issue that impacts the barber/beauty shop business model is of interest to the African American community at large. According to Black Dollars Matter: The Sales Impact Of Black Consumers report, Black consumers spend $473 million on total hair care each year. Most beauty and barber shops use independent contractors as part of their business models.

As part of the Dynamex ruling the California Supreme Court adopted what some have called a more onerous test (the ABC test) for determining whether individuals are employees or independent contractors. In the process, the court abandoned the previous test (Borello) which the state had applied since 1989.

Although the Dynamex case appeared limited, i.e., it was based on claims under California wage orders which governs an employers’ duty to pay the minimum wage and to compensate for overtime hours worked, the supreme court decision it had much broader implications—it imposed stricter tests (ABC vs Borello) for independent contractors.

Where the Borello test, called for the evaluation of multiple factors to determine whether an individual was an independent contractor, not all the factors had to be met to establish independent contractor status. The principal factor of the Borello test was whether the “person to whom service is rendered has the right to control the manner and means of accomplishing the result desired.”

The other factors that could be considered under Borello included (1) right to discharge at will, without cause; (2) whether the one performing the services is engaged in a distinct occupation or business; (3) the kind of occupation, with reference to whether, in the locality, the work is usually done under the direction of the principal or by a specialist without supervision; (4) the skill required in the particular occupation; (5) whether the principal or the worker supplies the instrumentalities, tools, and the place of work for the person doing the work; (6) the length of time for which the services are to be performed; (7) the method of payment, whether by the time or by the job; (8) whether or not the work is part of the regular business of the principal; and (9) whether or not the parties believe they are creating a relationship of employer-employee. 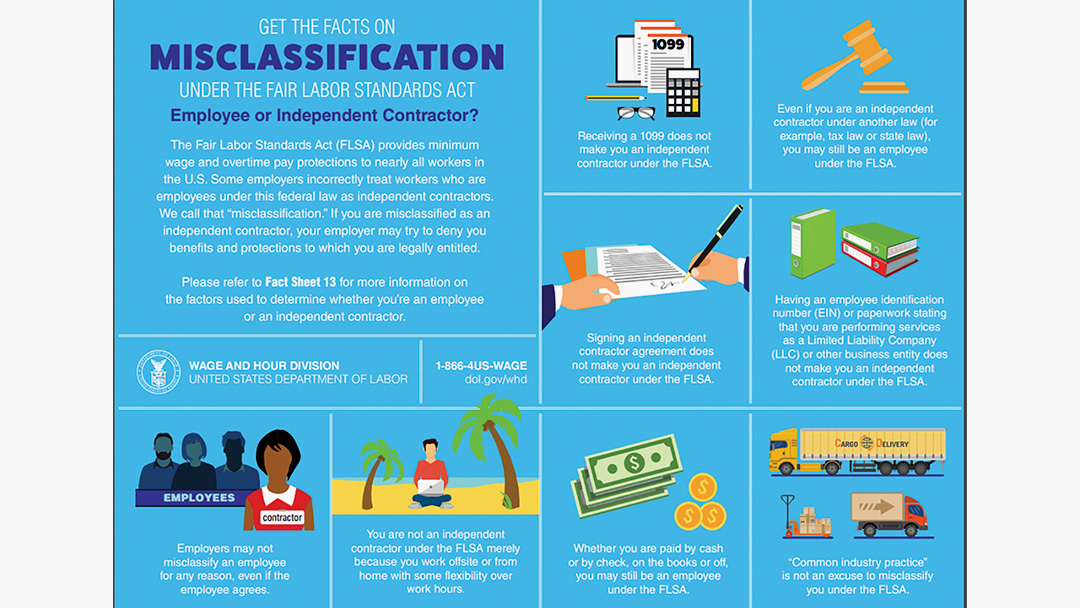 As noted above, last year the Dynamex ruling determined that the “ABC test”, not the Borello test, will now determine whether a worker is classified as an independent contractor.

The consternation caused by the ruling is rooted in what some perceive as the significantly higher burden the ABC test imposes on companies. Under the ABC test, workers will be presumed to be employees unless a company can prove all three of the ABC factors.

Unlike under the Borello test, with the ABC test, a hiring entity’s right to control is not the most important factor in determining whether an independent contractor relationship exists—it is just one of three (ABC) factors and all three must be met.

As unsettling as the Dynamex case has been to many California businesses, the same or similar laws are working successfully in at least twenty other states, though only Massachusetts has adopted a version stricter than California’s ABC test.

According to some analysts, as many as two million workers across the state might be affected by the Dynamex decision. The ruling is supported by labor and to extent, it is viewed as a win for workers who labor without benefits.

Others, however, have expressed concern over the potential for unintended consequences. For example, if some businesses choose to eliminate independent contractors versus making them employees if they do not meet the ABC model—it is most likely low-level employees will be the ones most impacted.

“ . . .we conclude that in determining whether, under the suffer or permit to work definition, a worker is properly considered the type of independent contractor to whom the wage order does not apply, it is appropriate to look to a standard, commonly referred to as the “ABC” test, that is utilized in other jurisdictions in a variety of contexts to distinguish employees from independent contractors.”
– Supreme Court of California Decision Dynamex Ops West, Inc. v. Los Angeles County Superior

It is also easy to see how many businesses truly benefited under the Borello model, i.e., the more workers businesses successfully classified as independent contractors, it reduced or eliminated the need to pay workers’ compensation, social security, federal and state employment taxes or payroll taxes, etc.

The arguments for and against the Dynamex ruling are compelling and it certainly has the potential to impact some industries greater than others. In almost every instance, independent contractors and employers are being forced to reconsider their current business models and weigh them against the ABC test. This is particularly true for hair stylists, tattoo artists, taxi and limo drivers, people who make a living as contractors, not workers paid by the hour, who set their own hours and determine how they chose to work with business owners.

There is one area where those who support and those who oppose the court’s Dynamex ruling agree—that the state legislature has the power and can play a role in determining the way forward on this important economic issue.

Although this supreme court ruling has rattled segments of the state’s business community, in the state of the state address earlier this month, when Governor Newsom spoke about issues related to business and labor he said, “This, respectfully, is much bigger than Dynamex.”

Newsom continued, “California needs a comprehensive statewide strategy to uplift and upskill our workers, to ensure that technological advancements in AI, blockchain, big data, are creating jobs, not destroying jobs.” The governor further expressed his belief in the need to reform institutions so that more workers have an ownership stake in their sweat equity.

Appearing to kick the Dynamex can down the road so to speak, the governor committed to create a commission of labor and business leaders devoted to developing ideas to “expand worker opportunity” without hurting innovation or flexibility.

While the governor kept his distance, at least temporarily, some legislative observers believe the fight over the Dynamex ruling’s ABC test may be one of the biggest issues addressed by the legislature this year.

Two opposing bills are already being considered in the current session. One measure backed by the union calls for the Dynamex decision to be codified into law while the other seeks to overturn it.

Assemblywoman Lorena Gonzalez Fletcher (D-San Diego) is sponsoring legislation by the California Labor Federation, AB 5 (introduced as a placeholder), to codify Dynamex and its application in state law. Gonzalez Fletcher told a reporter for the Sacramento Bee, that putting the decision into law “offers a quicker resolution than fighting in court for years over its implications for issues like workers’ compensation and unemployment insurance.”

The other legislation, AB 71 was introduced by Assemblywoman Melissa Melendez (R-Lake Elsinore). AB 71 seeks to reinstate the rules in place before the Dynamex decision by determining for purposes of state law, that deciding whether someone is an employee, or an independent contractor shall be based on the Borello test that applied before the California Supreme Court adopted the new ABC test.

These bills are probably just the beginning. It is almost certain more Dynamex-related legislation will be introduced and considered as industries lobby for their own special relief from the supreme court ruling.

In addition, there have already been at least two recent Court of Appeal decisions related to Dynamex. In the first decision, the ABC test was ruled inapplicable to joint employer analysis and in the second decision the court held the Dynamex ruling was limited to claims arising under the Industrial Welfare Commission Wage Orders and did not apply to statutory claims or other areas of the law.