When the recently release 2018-19 Riverside County Grand Jury (Jury) report confirmed a January 2019 story in the Press Enterprise which highlighted the hunger strike of inmates at the Robert Presley Detention Center in Riverside, I’m sure I was not the only one not surprised when the Grand Jury confirmed the accuracy of the story. It’s no secret both Riverside and San Bernardino Counties have shameful reputations regarding how they treat their inmates.

Whether tazing incarcerated males in their genitalia; purportedly forcing inmates to participate in “fight clubs;” holding others indiscriminately in solitary confinement; or, in general, subjecting those in county jails to mistreatment and depriving them of basic human rights, the reputations of county jails in both Riverside and San Bernardino Counties are sullied.

This is particularly true when you consider a large percentage of those held in these facilities are yet to be convicted of a crime and remain in custody largely because they cannot afford the bail. This exposes many—mostly Black and Brown people—to maltreatment as court cases filed against both counties have proven again and again over the years costing tax-payers thousands in settlement dollars and legal fees.

As we learn each day of the ever more horrific treatment of immigrants caged in facilities across the country, although it shocks our sensibilities—it should not surprise us.

The treatment of these individuals—especially the children—is heart-breaking but for those who feign surprise and shock, it is either disingenuous or they are not informed about America’s criminal justice system.

Although the current administration is blatantly obvious in their overt and brutal treatment of immigrants, the Trump administration has only held up a mirror to this nation’s worst inclinations. I, for one, am convinced, if this nation has failed to hear the cries of those who have suffered abject brutality under this country’s penal system for generations—then my heart aches for what may lie ahead for those held in immigration/detention/concentration camps all over this country, including here in the inland region where we’ve recently learned of incidents at the immigration center in Adelanto involving sexual abuse and the mistreatment of the disabled housed there.

When we look in the mirror, we face the maltreatment of these immigrants, it forces us to look at those Black and Brown men, women and children who are not immigrants but American citizens who are held in lock-up all over this country.

The current experience of immigrants is truly an uneasy confirmation and indictment of the soul of America, but it is nothing new. It is just an overt reminder of this nation’s systemic racism—citizen or non-citizen, Black, Brown, Red or Yellow—people of color are still considered the “other” and as such, remain targets for disparate treatment. Just like the immigrant children locked up in Trump’s despicable camps, American children are lock-up across the country in unimaginable numbers.

In the 1990s California led the nation when it cut the number of California Youth Authority facilities by 90 percent. This happened not because state leaders suddenly became humanitarians, it was largely driven by highly publicized reports of repeated abuse scandals. Surpisingly, California still has an incarceration rate of 230 per 100,000 youth. 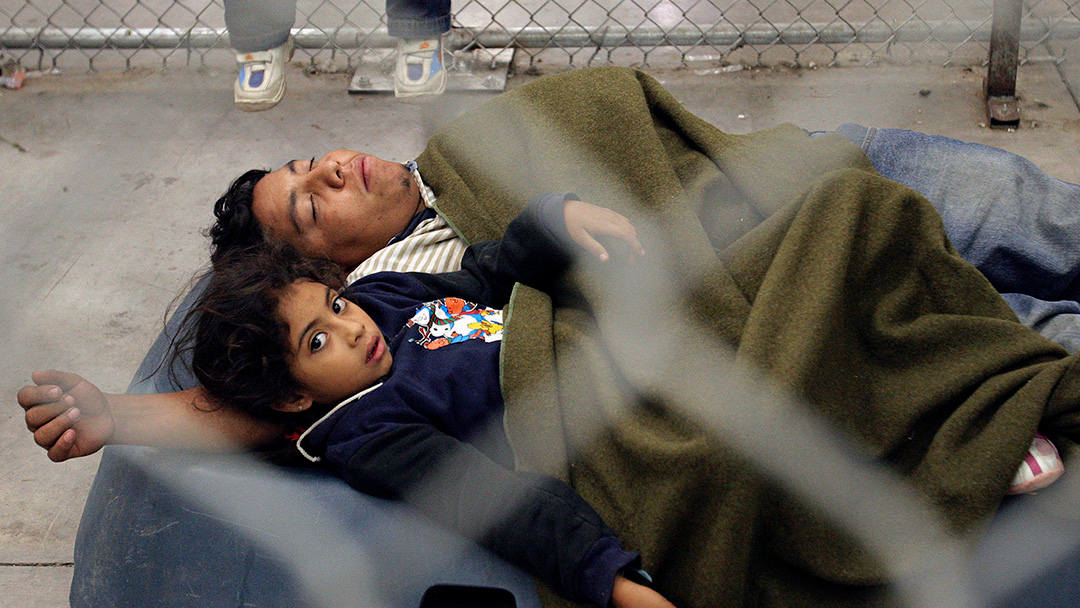 Consider the facts as presented by the CDC—”Black youth do not commit more crimes than Whites youth.” Yet in 2015, according to Department of Justice, data of the nation’s 48,043 incarcerated youth showed 44 percent were Black, even though Black youth were only 14 percent of the nation’s population.

As we march (and rightly so) in protest of the mass incarceration and horrifying treatment of asylum seekers and cry out for the well-being of their children, we must remember their incarceration is not an aberration but an expansion of what happens every day in America. The handwriting of a white supremacist mindset that fuels the unequal treatment of minorities has been scrawled on the wall of this nation for generations. The only thing different today is that the blatant and overt actions of this administration makes it impossible to ignore.

To learn more about how you can help immigrant children and families visit https://ccsbriv.org/.