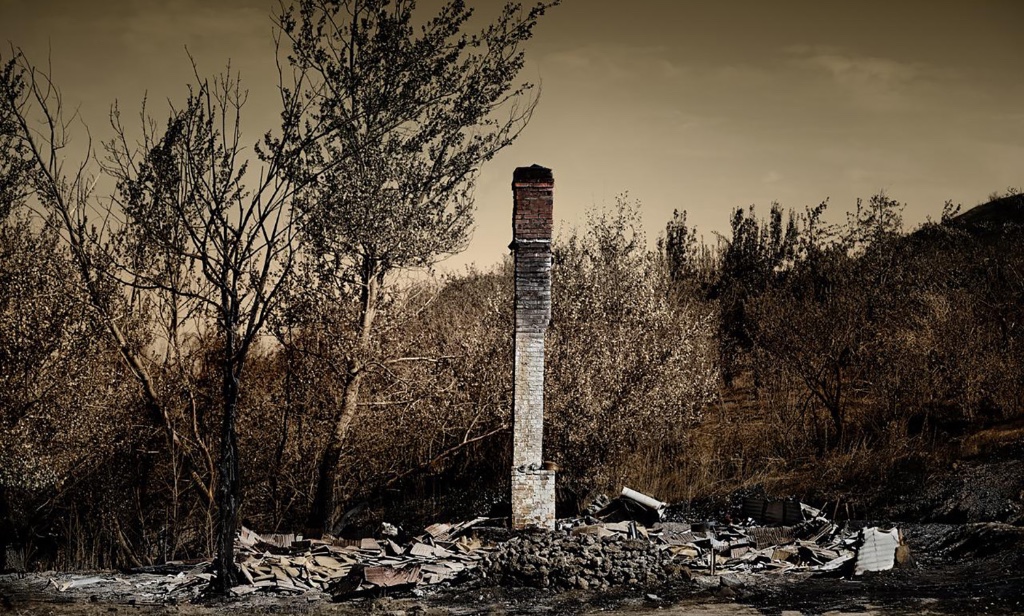 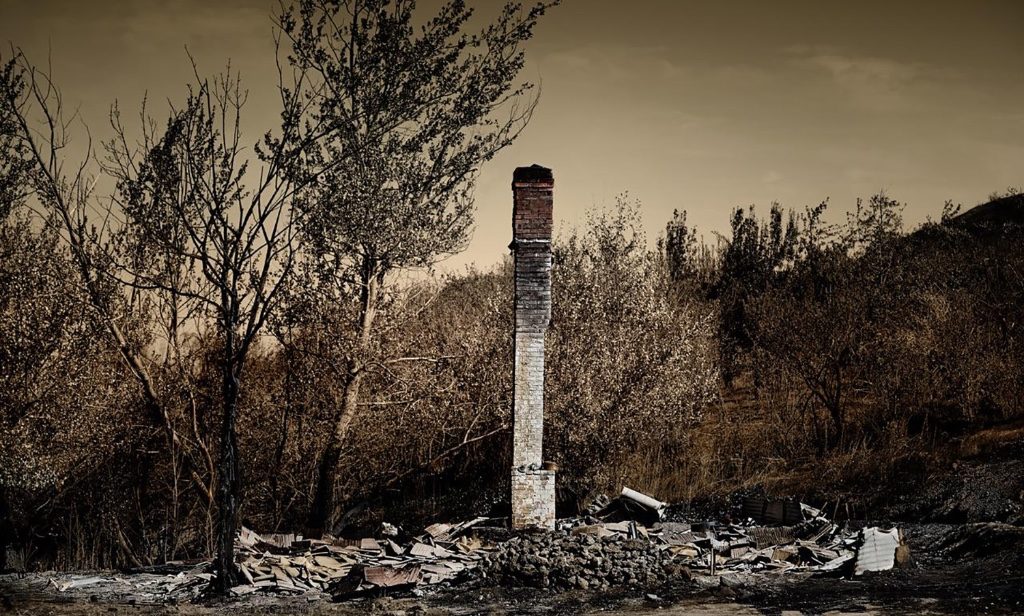 The remnants of one of our region&rsquo;s oldest buildings, the Earp Cabin. Photo &copy; Benoit Malphettes.

Written for the exhibition preface:

Photographer Benoit Malphettes can see art in anything. A shoe polished to a reflective shine. A hedge meticulously manicured. An elegant turn of phrase in an expertly crafted piece of prose. Even an accountant’s calligraphed column of numbers can be an expression of creativity, beauty and truth.

As an artist, Benoit has spent the majority of his forty-year career perfecting his craft with an aesthetic sensibility inspired by two of the world’s most innovative fashion and portrait photographers, Richard Avedon and Irving Penn. A photographer, Avedon once stated, “has to collect and pay attention to what everyone else discards, and has to study and scrutinize it to find the essential, the relevant.” Benoit’s Blue Cut images, much like the work of Avedon and Penn, are structured, ordered, detailed. And much like the art he sees in the everyday, they are meticulous and elegant expressions of creativity.

Shortly after the Blue Cut fire destroyed over 37,000 acres in the Cajon Pass I spent the afternoon with Benoit taking pictures of the destruction. He photographed the landscape along Highway 138 before making our way to the town of Wrightwood whose entire population had been evacuated and allowed to return just the day before. Located east of that mountain town is Lone Pine Canyon bordered by the Blue Ridge running along the San Andreas Fault. At the time of our visit spots of trees on the ridge were still smoldering and wind-whipped ash filled the air. It may have started as an exercise in documentation, but it became something more. As Susan Sontag reminds us, “photographs alter and enlarge our notions of what is worth looking at and what we have a right to observe.” If photographs are an interpretation of the world then the Blue Cut charred landscape, through Benoit’s lens, resembles abstract art. 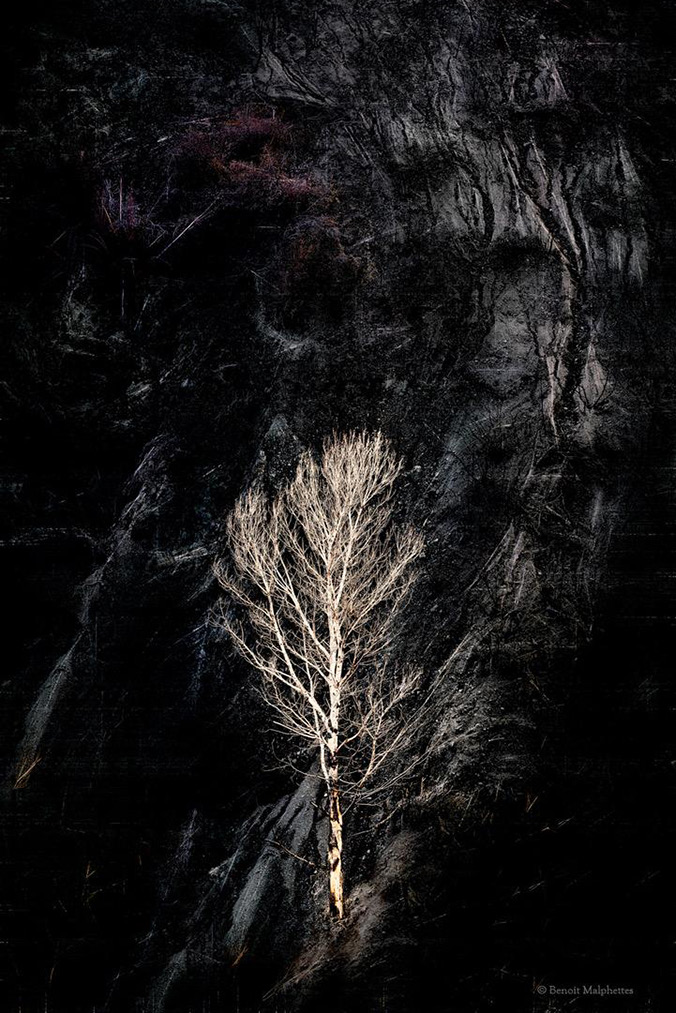 As we drove along Lone Pine Canyon Road that day, a fire official warned us to be careful. “This is an historic area,” she told us as she pointed to a small red house in the middle of the canyon, “you should get some pictures of that.” We didn’t realize it at the time, but she was pointing to one of the original homesteads in San Bernardino County, the remnants of one of our region’s oldest buildings, the Earp Cabin. Built by the property owner Almon Clyde and by Virgil Earp, the brother of legendary lawman Wyatt, the cabin was used by the brothers when they visited the Clyde Ranch. But that day we didn’t know its history; Benoit just saw something in that space where nothing but ash was left. There was clearly a loss. He didn’t know at the time just how great a loss it was.

Month after month he returned to the area again and again, in different weather…seasons… times of day. His pictures moved into translating the fury of the fire and the fear and devastation it left behind, to the promise of renewal as spring emerged.

I once asked Benoit what makes photographers different from the rest of us. His response: we just keep looking. During his many years as an esteemed commercial photographer, he developed a habit of perfectionism. He’d work on images until he was forced to stop, most of the time under the strict deadlines of his business partner, art director, and wife Katherine. He often credits her creative direction in much of the work he has produced professionally, both in fashion and portraiture and in his current creative projects. Philosopher Roland Barthes believed, “A photograph can only show the past—but it represents it in such a way that it appears in the present.” For Barthes, there is a unique way photographs embody time and space. Benoit Malphettes’ unique vision of the landscape ruined by the Blue Cut fire reminds us that beauty and art can be found anywhere. And through his lens we can all see nature’s own cycle of rejuvenation and the hope that comes after loss.

Below are photos from a Special Preview event. 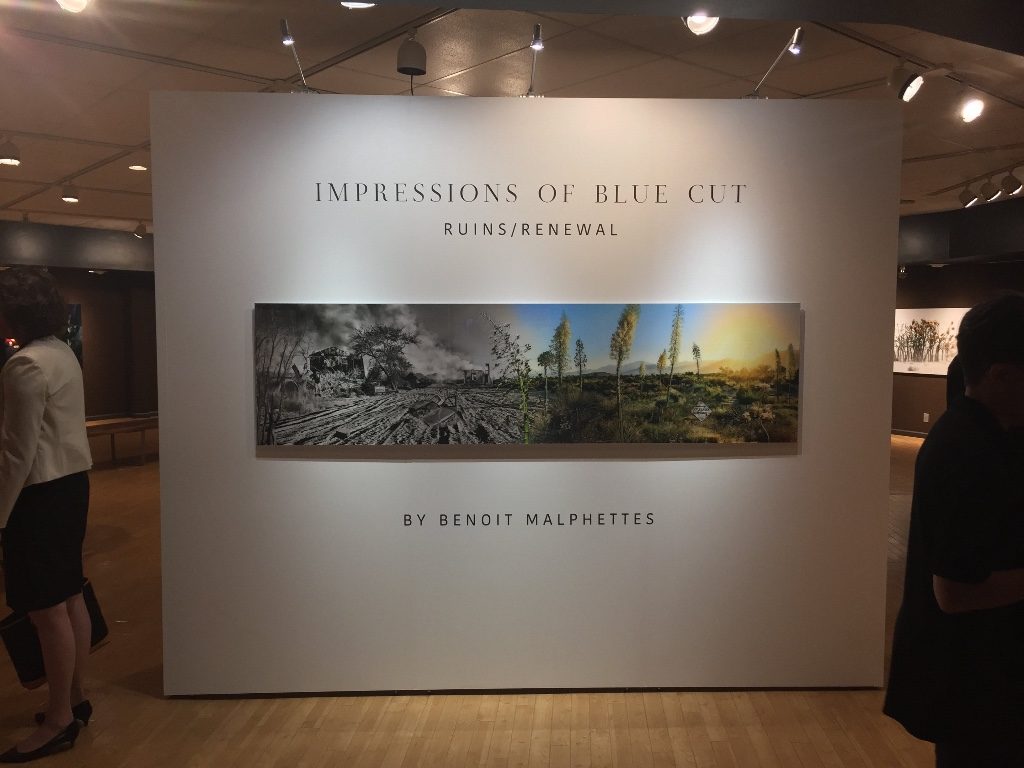 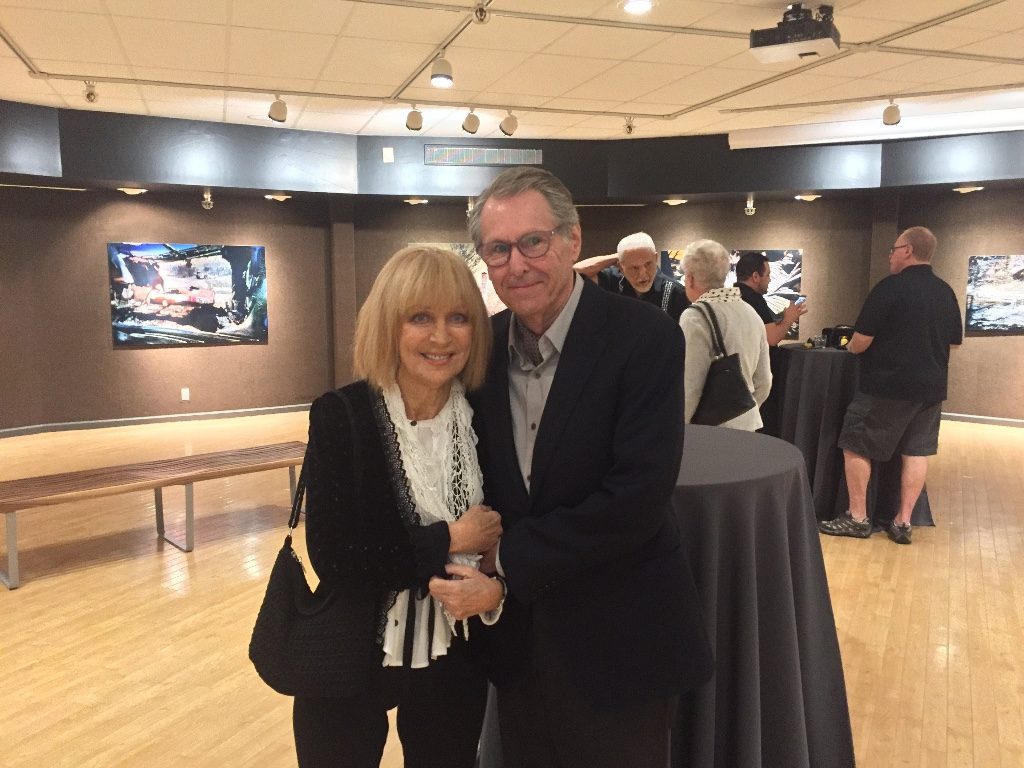 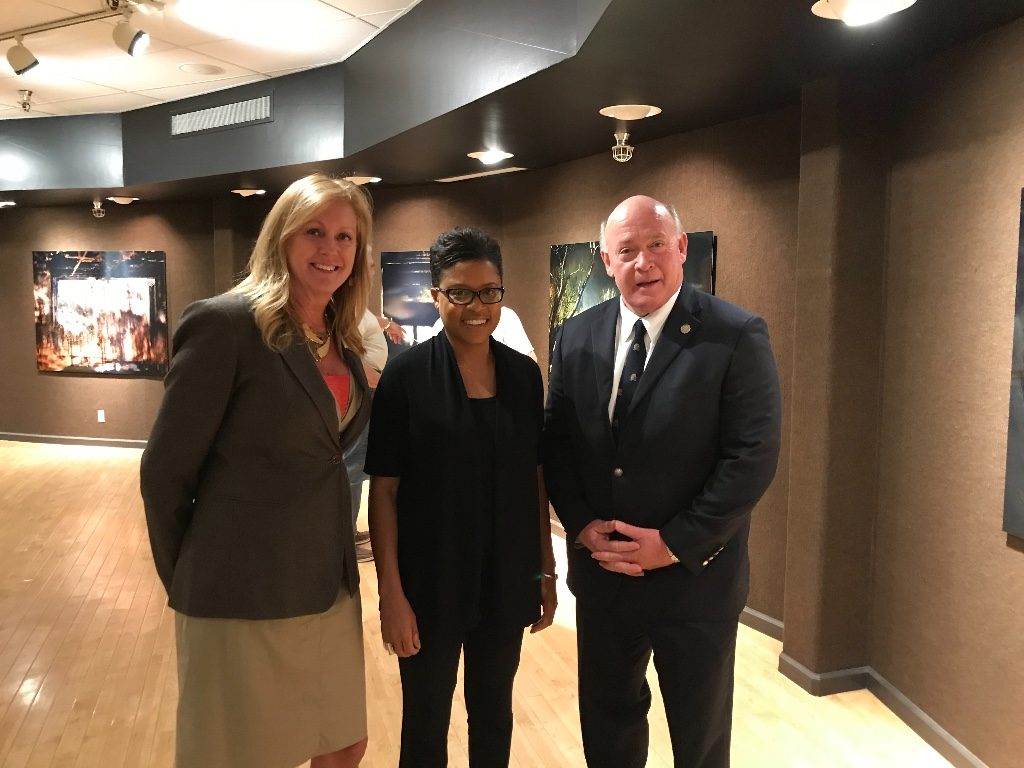 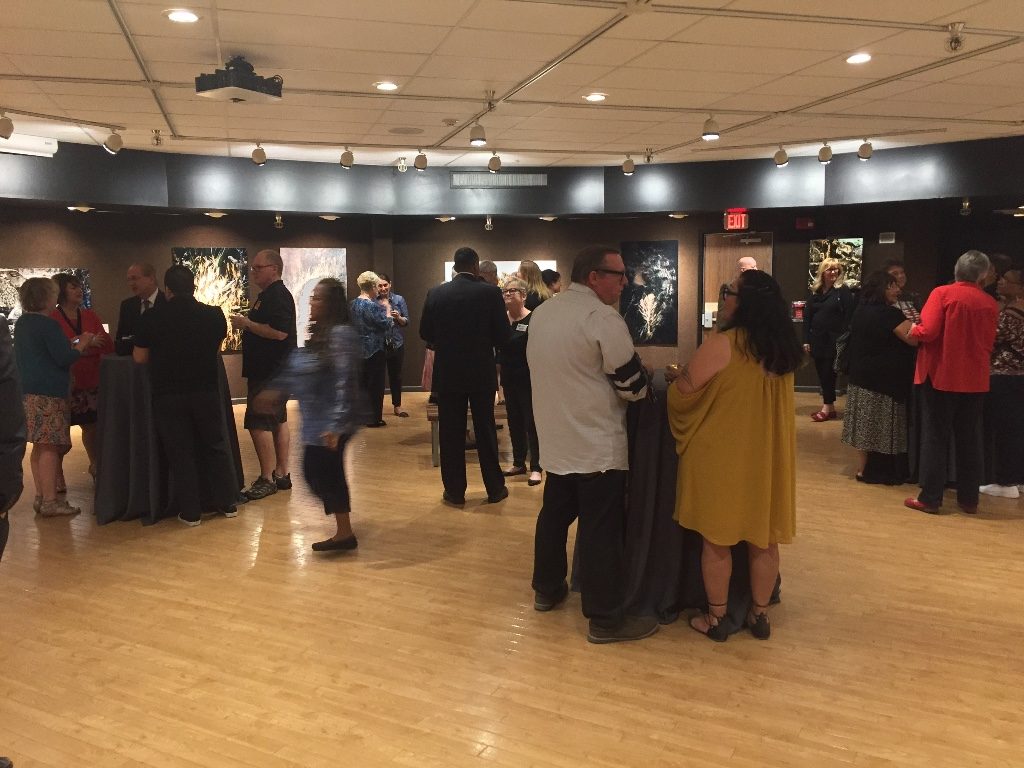 Impressions of Blue Cut exhibit opens October 28th at the San Bernardino County Museum. The museum is open Tuesdays through Sundays, 9:00 a.m. to 5:00 p.m. and is located at 2024 Orange Tree Lane Redlands, CA 92374.