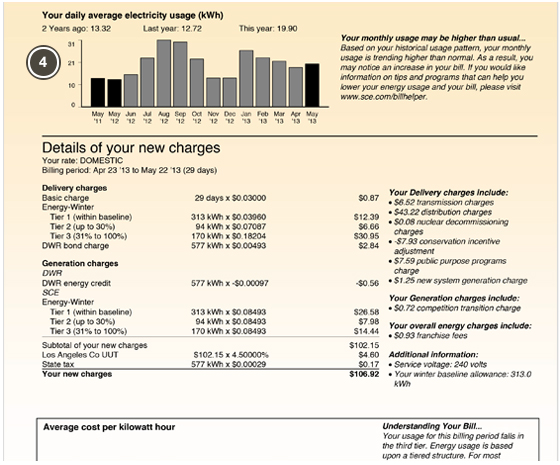 Southern California Edison plans to reduce residential customer bills by an approximate total of six percent by the end of March 2016.

The decrease, according to Edison spokesperson Lauren Bartlett, is the result of several actions by the California Public Utilities Commission (CPUC). Those actions include the agency’s recent vote related to funding Southern California Edison’s (SCE) day to day operations. The proposed reduction will occur in two steps.

According to Bartlett, “As of late November, an average residential customer’s bill will decrease about two percent as a result of CPUC approval in late October of the 2015 costs for energy sources the company needs to supply electricity.”

“Such expenses are passed through to customers at cost.” “There is no mark-up or profit,” Bartlett explained in a press release issued November 6. The November bill decrease also includes settlement refunds from the 2000-2001 California energy crisis.

SCE also expects the CPUC to approve its 2016 costs for energy sources in the first quarter of the year. When the commission approves SCE’s request, an average residential customer’s bill is projected to decrease an additional four percent. Part of the decrease will include implementation of a settlement with Nuclear Electric Insurance Limited. The settle was the result of outages at San Onofre caused by replacement steam generators that failed. It is expected 95 percent of the proceeds from the settlement will benefit Edison customers. SCE’s share of the settlement is $312.8 million.

The rate case, Bartlett explained, “Makes up more than 40 percent of rates for the nearly 14 million people SCE serves.” She continued, “About half of customer rates come from the cost of energy sources for power.” The remaining portion of customers’ costs comes from a variety of other factors, such as large transmission projects regulated by the Federal Energy Regulatory Commission and programs for energy efficiency and to protect low-income customers. 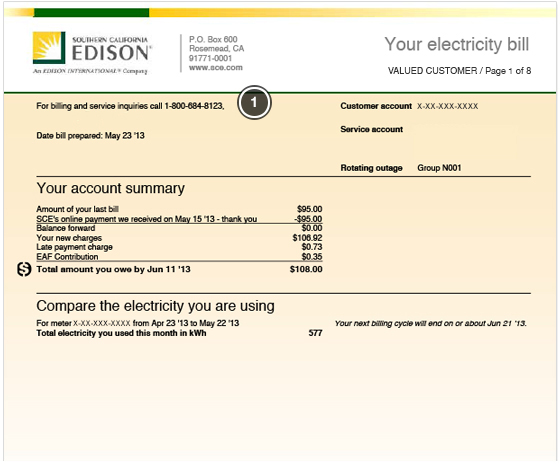 Every three years the CPUC reviews SCE’s requests for the next three-year spending cycle. This year, the CPUC authorized recovery costs for the company which includes inspecting, repairing and replacing infrastructure designed to make it easier in the future to restore power to customers after an emergency outage.

These rate decreases are basically unrelated to the significant July 3rd CPUC ruling that will change current SCE billing tiers. Robert Laffoon Villegas, another spokesperson for Southern California Edison, was asked by The Voice to put the July ruling in context relative to the proposed rate reductions.

“The CPUC’s Decision this past July was related to the rate structures for default residential service,” he explained. “While that Decision does not impact the amount of overall revenue SCE collects, it does change how SCE will charge residential customers.”

The CPUC’s July decision incorporated a transition plan which, according to Villegas, began last year to increase rates for low usage customers who have been paying somewhat less than their fair share to support the power network and clean energy policies; and, to decrease rates for higher use customers who, also according to Villegas, have been paying more than their fair share since the 2001 energy crisis. According to reports, the CPUC’s decision was rigorously opposed by consumer advocacy groups.

“On October 1st,” Villegas further explained, “A $10 minimum bill, not a fixed-charge, was implemented in accordance with the July Decision.” Prior to October 1, SCE already had a minimum bill charge of less than $2.

“Unlike a fixed-charge, the minimum bill only impacts a few, very low usage customers who do not contribute at least this amount toward supporting the power network used by everyone,” Villegas said and add, “Customers on the CARE, FERA, and Medical Baseline programs are limited to a $5 minimum bill.”

When asked about the CPUC’s approved usage tier changes he replied, “Usage tier changes will begin in March 2016, when SCE consolidates its 4 tiers down to 3, coincident with the rate reductions described above.” This action will facilitate the first rate tier consolidation.

“On January 1, 2017, SCE will further consolidate its rates down to two tiers and introduce a Super Usage Energy (SUE) Surcharge, applicable to customers who use over twice the average usage.” According to Villegas, the SUE surcharge is expected to impact about ten percent of Edison customers.

SCE customers have historically paid for electricity in four tiers (usage in the fourth tier being twice as expensive as usage in the first tier). However, according to some reports, when the tiers are eventually reduced from four to two, there will be a price difference of just 25 percent between them. The result—those who currently pay the most for using the most electricity may be billed less for their usage and pay at the same rate as those who now, may fall into the second or third tiers of usage with the exception of course being the top ten percent of users who will be impacted by the SUE charge.