Illegal Dispensaries in Temecula Served with Warrants and Shuttered 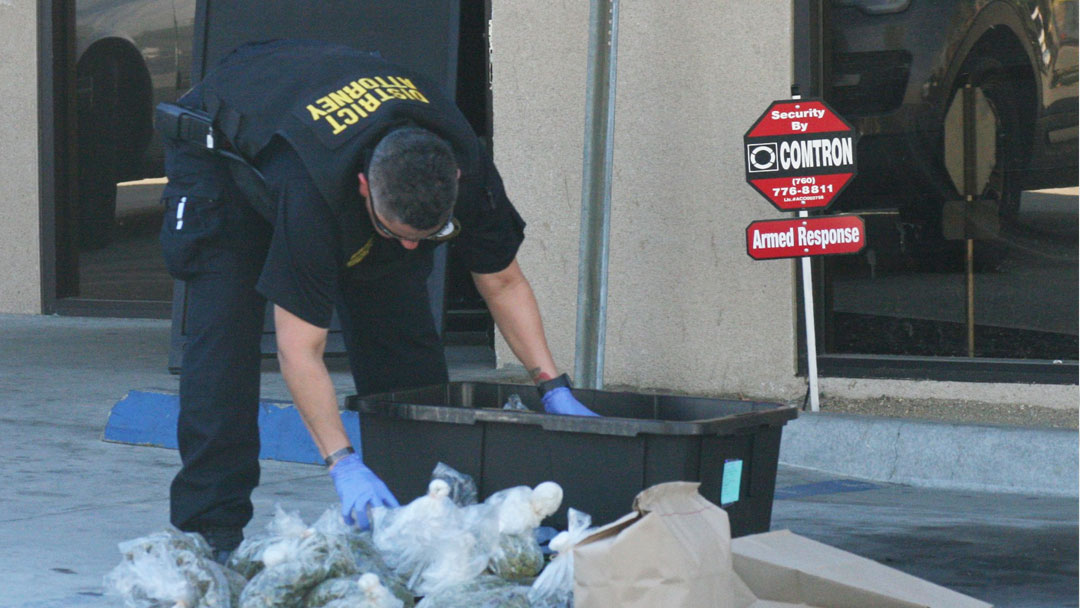 As of April 26, according to the DA’s office, “there are no known cannabis dispensaries operating in the city.”

Search warrants and cease and desist orders were served at several Temecula locations including Golden State on Commerce Center Drive, Temecula Healing Center on Roick Drive, Temecula Valley Patient Care on Roick Drive, Bud Buddies on Remington Avenue, Karma Collective on Remington Avenue, 420 Friends on Zevo Drive, High Society Social Club on Via Montezuma, and Kings of Cannabis on Business Park Drive. During the service of the search warrants, officials seized 232 pounds of finished cannabis product. According to the DA, the cases are under review for possible filing of criminal charges.

The purpose of the DA’s Cannabis Regulation Task Force is to protect properly licensed legal cannabis businesses and enforce regulatory requirements which protect the environment and consumers. The DA’s office noted the, “Task Force will continue its investigations into all unlicensed and illegal dispensaries in Riverside County.”