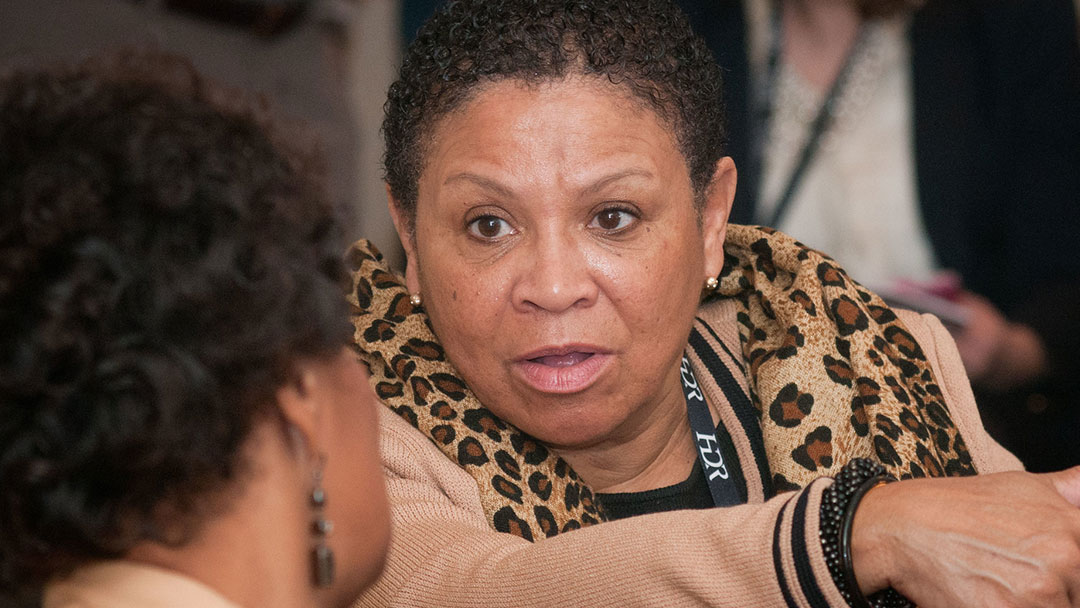 “The duty of journalists is to tell the truth. Journalism means you go back to the actual facts, you look at the documents, you discover what the record is, and you report it that way.”

Weeks ago, a local politician whose identity is broadly suspected though not confirmed, threw a rock at a popular and successful mayor and then hid his hand.

The rock, aimed at Rialto’s first African-American Mayor Deborah Robertson failed to land a blow, but what the individual who cast the dispersion did not realize was, in the process of attempting to damage a political rival, he raised the ire of many in the community.

Robertson came under  public scrutiny when the Southern California News Group reported Rialto City Councilmembers had called for an investigation into the mayor due to an alleged conflict of interest and potential financial complications between Mayor Robertson and the Inland Empire Chapter of the National Council of Negro Women (IE NCNW) where her daughter, Milele Robertson, serves as president and in doing so, failed to place the story in objective context.

The IE NCNW has served as site manager of the city’s facility at 141 S. Riverside Avenue and received continuous approval for CDBG funding since 2009. Robertson became Rialto’s mayor in 2012. Milele Robertson became president unexpectedly in 2016 due to the sudden passing of the organization’s previous president.

For at least a decade, the council has adhered to all reporting requirements and successfully passed audits related to its administration of CDBG funding including grants authorized for IE NCNW. As a result, Mayor Robertson was caught off guard when her peers on the Rialto City Council raised concerns about IE NCNW’s CDBG and asked her to recuse from voting on this year’s grant due to concerns over her daughter being the organization’s president.

The council subsequently approved an investigation into the matter and contracted with Randall Keen, an attorney with the law firm Manatt, Phelps & Philips in Los Angeles to complete it.

On June 9, Keen’s report acknowledged neither the mayor nor her daughter, Milele, received any personal benefit from the CDBG program and affirmed neither women had any, “financial interest in the grant.”

On the other hand, Keen’s report vaguely inferred both women purportedly benefitted in other—unspecified ways—due to block grant funds being directed to the Bethune Center operated by the Inland Empire Chapter of the National Council of Negro Women.

The NCNW challenged this assessment. “The Report, however, did not explain how either [woman] received any type of personal benefit because the funding went to the organization and neither Mayor Robertson nor Milele Robertson obtained any compensation or financial benefit from the funds,” explained Willie W. Williams, attorney for IE NCNW.

Keen’s report went on to offer some recommendations the council could follow if it chose to do so. They included consulting with the Department of Housing and Urban Development, the California Attorney General, and/or the Board of State and Community Corrections for any additional guidance.

After describing to FPPC officials the type of funding in question, the programs it supports, the Mayor’s connection to the organization, her daughter’s position as its current president, as well as the role being voluntary and uncompensated, questioned whether Mayor Robertson should recuse herself from voting on the CDBG funding proposal due to her familial relationship to its current president.

As previously reported by the IE Voice, the FPPC provided the following informal advice, “Generally speaking, the type of situation you describe would not create a conflict under the Act, since the mayor is not on the nonprofit’s board and because her daughter is an adult, and her position with IE NCNW is uncompensated.

Bracy further considered whether Mayor Robertson’s daughter serving in the volunteer/non-compensated board position of president of a nonprofit tax-exempt organization requires the Mayor to recuse herself from voting on contracts involving the organization pursuant to Government Code Sections 1090 or 87100.

After listening to extensive public comment and taking the Keen’s report  under advisement—and with Mayor Robertson recusing herself from the vote—the Rialto City Council voted approval of $40,000 of its 2020-2021 Community Development Block Grant (CDBG) funding for the IE NCNW’s Bethune Center Program.

Support for Mayor Robertson and NCNW during the meeting was overwhelming and left little doubt where the community stood as welcomed by the organization’s president, Milele Robertson.

As she explained to the IE Voice/Black Voice News, “The determination and unity of our Section is a powerful force!”  She stressed how after hearing hours of public testimony in support of IE NCNW, the city council approved the grant award.

“The CDBG dollars enable our Section to serve young adults and adults seeking academic and pre-employment skills. Our community will need the Bethune Center Program services now, more than ever before given the huge job losses due to the COVID-19 pandemic,” she emphasized.

Reflecting on the vote and those at the meeting who spoke on behalf of the IE NCNW she said, “On behalf of the Executive Board, thank you to everyone who provided support and used their voice to help defend the reputation and integrity of our Section.”

She added, “Personally, as your president,” she directed to NCNW members, “thank you for standing behind me during this very difficult time. Your support and continued words of encouragement mean more than you will ever know.”

Speaking specifically to an article published in The Sun on June 18, 2020, Williams noted, “[The Sun Newspaper] published an incomplete and misleading article on the Special Counsel Report’s findings, failing to mention that Mayor Robertson decided to recuse herself from the June 9th vote and, subsequently, the IE NCNW funding was approved.”

Williams’ criticism of the publication included its failure, “…to mention findings in the report that several state statutes and regulations “were not violated” by the arrangement.

Williams further lambasted the publication for Nelson’s failure to respond to calls from NCNW’S legal representative to receive the organization’s viewpoint or comments.

Many considered Nelson’s reporting politically biased. Robertson is a popular mayor whose path to reelection in November seems assured even though allegations abound Nelson’s source for his reporting on this scenario is possibly an undeclared candidate who may challenge her in November.

Members of the community who rallied to defend Mayor Robertson, Milele Robertson and IE NCNW are pleased with the council’s vote. CDBG funds are important to the organization’s mission, yet it is important for the broader community to understand it provides only part of the services IE NCNW has extended to the inland region for decades.

For more than fifty years volunteers of IE NCNW have given much more to the community than what is paid for with the dollars and cents of the grant.

As noted by Williams, “IE NCNW members also volunteer their time and expertise as well as give financially to support additional activities not covered by the city’s CDBG funding, such as assisting walk-in residents seeking resources and referrals for assistance programs, job referral and placement, and helping local homeless individuals and families.”

On a typical day according to Williams, “The organization can assist as many as 100 people to meet their basic needs for housing, employment, and food.”

The organization also holds food drives and provides food baskets to those who are food insecure during the holidays. Among the organizations other work are the monetary and in -kind donations the group facilitates in support of local victims of domestic violence.