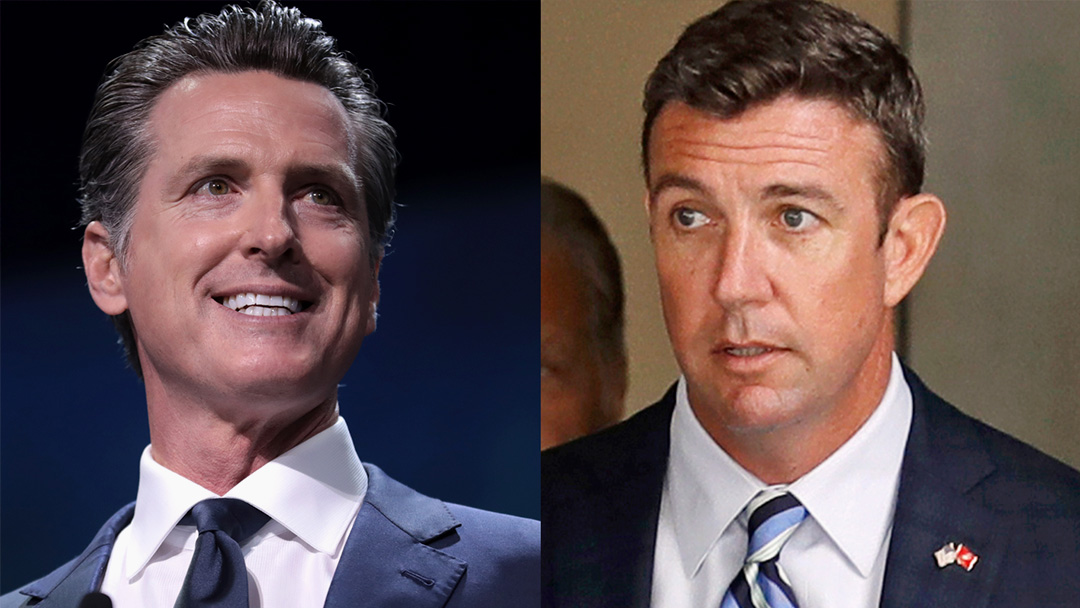 Governor Gavin Newsom has decided not to call a special election to complete the unfinished term of U.S. Rep. Duncan D. Hunter, who has finally resigned after pleading guilty to a corruption charge.   The filing deadline for the state’s March primary passed on December 6, 2020; and since Hunter just recently made his resignation official, Newsom was under no obligation to call a special election.  Hunter represented the 50th Congressional District which includes part of Riverside County. The vacated seat will now remain open in the U. S. House of Representatives until January 2021 when Hunter’s soon to be elected successor will take office. Four candidates are vying for the seat (three Republicans and one Democrat) will face off in the March primary.  Hunter and his wife were both indicted in 2018 for diverting campaign funds for personal use. Since their indictments, first his wife and then Hunter himself struck deals with the prosecution. Hunter is scheduled for sentencing in March.  Although Hunter finally submitted a formal letter of resignation effective January 13, 2020, strangely (or maybe it’s not so strange), he offered no reason for his resignation and dedicated most of the letter’s content to recalling highlights of his military and congressional careers according to several media outlets including the publication Politico.  “Perhaps the contribution I am most proud of is giving a voice to our men and women in uniform,” he wrote. “It has been an honor to serve the people of California’s 50th district, and I greatly appreciate the trust they have put in me over these last 11 years.” Hunter’s resignation brought a shameful ending to a legacy of political service by the Hunter family that spanned two generations.