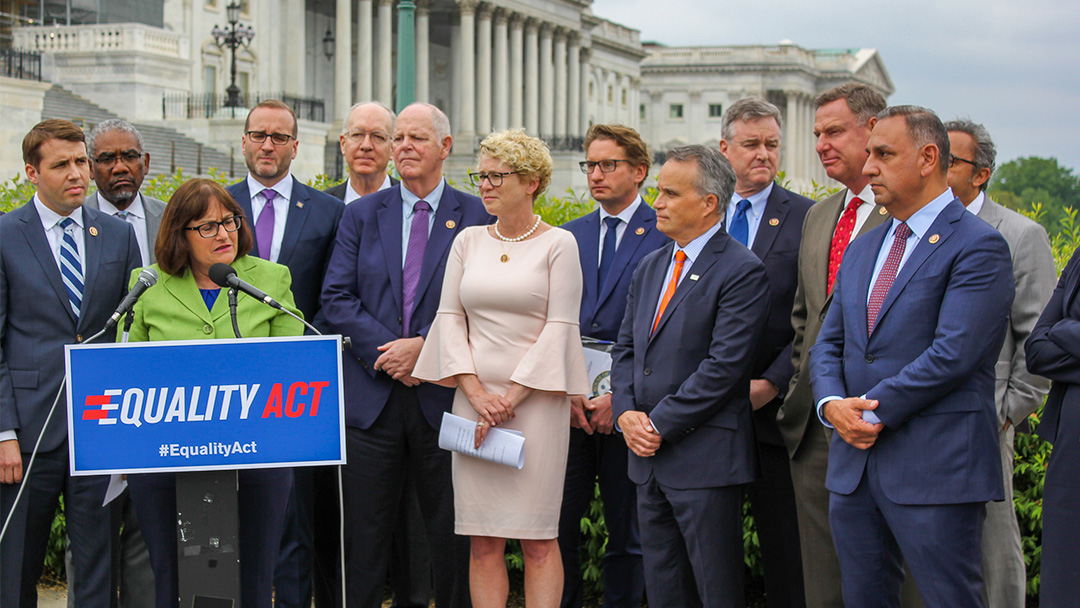 Washington, D.C. – On Friday, May 17 the U.S. House of Representatives passed the Equality Act designed to increase protections for members of the LGBTQ community.

The measure would amend the 1964 Civil Rights Act and in doing so offer protections to members of the LGBTQ community who live in states where it remains legal to discriminate against them. Passage of the measure in the house though a victory of sorts, is destined to die in the senate where most are certain it will not even be accorded a hearing.

As expected, those who oppose the measure offer the same trite arguments about the potential impact on religious rights and female sports while ignoring the life affirming statement such passage could provide LGBTQ youth who continue to experience the highest suicide rates in the nation or validate the lives of transgender females who are being murdered in greater numbers each and every year.

Also as expected, White House officials declared while the president opposes all forms of discrimination the administration does not support the Equality Act because it is “filled with poison pills that threaten to undermine parental and conscience rights.”