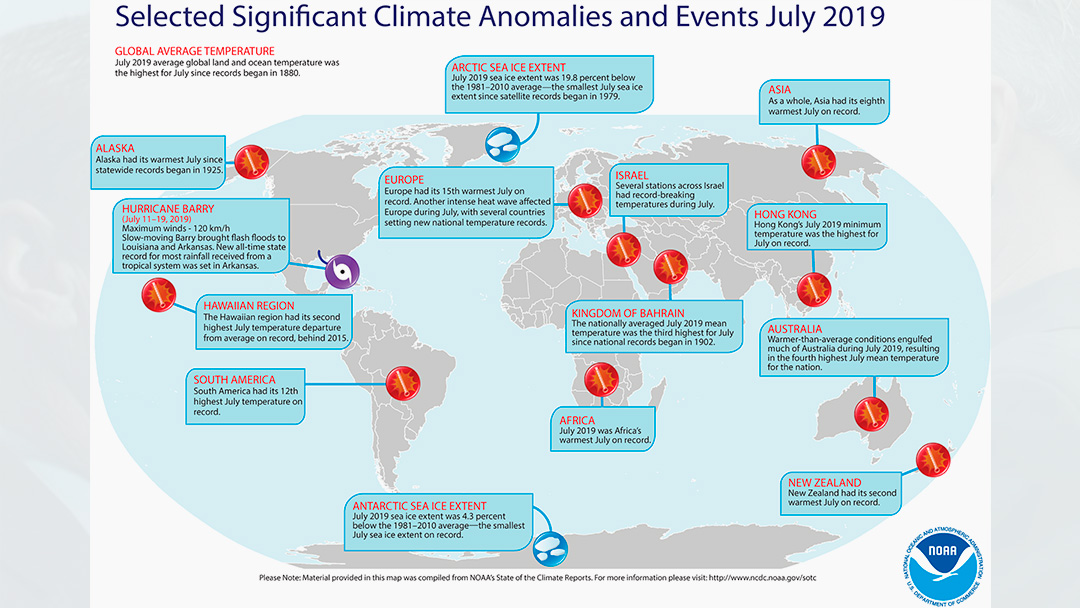 Washington, D.C. – The National Oceanic Atmospheric Administration (NOAA) reported Thursday, August 15, 2019 much of the planet sweltered in what it described as “unprecedented heat” during the month of July. Temperatures reached new heights in the hottest month ever recorded.

Nine of the ten hottest Julys have occurred since 2005 with the last five years ranking as the hottest ever. In addition, last month was the 43rd consecutive July and the 415th consecutive month with above average global temperatures.

Header Photo: NOAA’s annotated map of the world showing notable climate events that occurred around the world in July 2019.