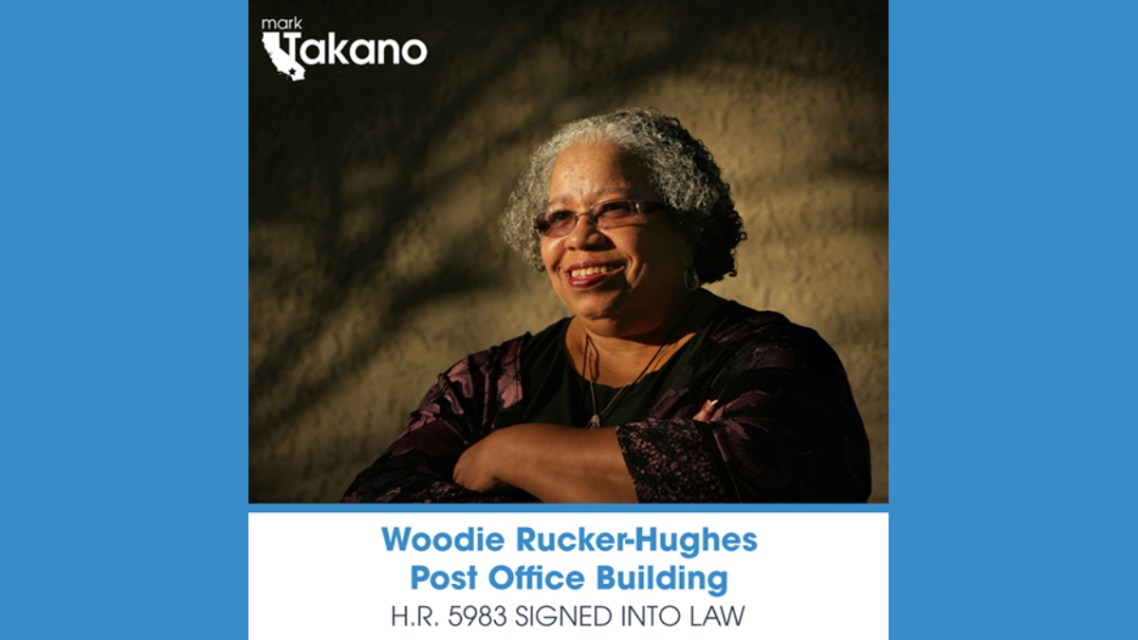 “I am thrilled that my bill to rename the Riverside Post Office after the irreplaceable and unforgettable Woodie Rucker-Hughes was signed into law,” said U.S. Representative Mark Takano (D-Riverside).

“Woodie was an icon in our community, and I was lucky enough to call her a dear friend. She was committed to working on the issues that impact all our lives, and her tireless efforts truly made our community a better place.”

Takano stressed how naming a local post office after an iconic leader of Riverside’s Black community is a small gesture to ensure that her legacy is never forgotten. “And, that our district is always inspired by the life she led.”

Takano made these comments Tuesday after legislation he authored, H.R. 5983, was signed into law by the president. The legislation called for naming the post office facility located at 4150 Chicago Avenue in Riverside, CA, the “Woodie Rucker-Hughes Post Office Building.”

Rucker-Hughes, who died in 2018, was a history teacher at John W. North High School in Riverside and an administrator for the Riverside Unified School District (RUSD) and that was only the beginning of her service to the community.

She served as president of the NAACP for nearly 20 years. In her role as an administrator for (RUSD) she served as Child Welfare Attendance Manager and District Coordinator for Homeless Education.

A Majadi, President San Bernardino Branch of the NAACP once described Rucker-Hughes as “Knowledgeable, dependable and steadfast in her commitment to Civil Rights and community organizing.”

In 2018, California Senator Richard Roth who knew Rucker-Hughes for more than 40 years said. “Our world is a better place because of Woodie.”

Renaming the post office is another public, well-earned acknowledgement and recognition for the lifetime of service Rucker-Hughes gave to her community. 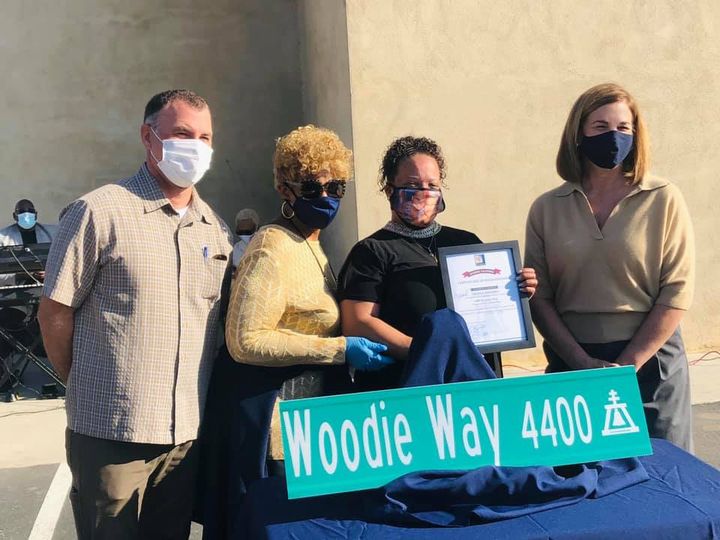 In November, a street in Riverside was named in her honor. On that occasion, then candidate, now Mayor of Riverside Patricia Lock Dawson declared, “Woodie Rucker Hughes is a Riverside icon—our own North Star. Her wisdom, perseverance, and influence is sorely missed. But her impact lives on in innumerable aspects of our community. Today we honored Woodie with a street in her name. Woodie Way is a memorial to a woman who dedicated her life to equity and access for all of Riverside. A grateful community thanks Ms. Woodie Rucker Hughes.“

Takano’s perseverance and commitment to pass legislation re-naming the post office in honor of Rucker-Hughes did not go unnoticed. Perhaps the Women’s March Inland Empire expressed the sentiments of the community when it posted an acknowledgement of his efforts. It reads, “Thank you, Rep Mark Takano for your hard work to rename the post office for Woodie.”