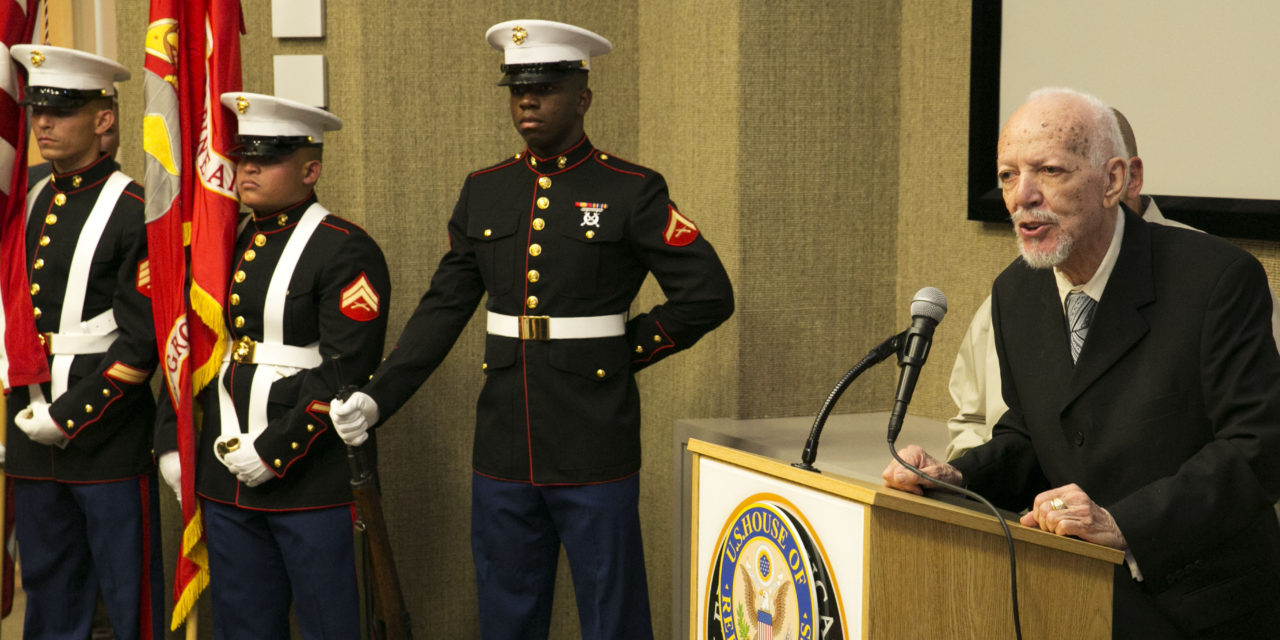 Beavers is being remembered and celebrated for his service to the nation, his community and the ongoing struggle for human dignity and civil rights. 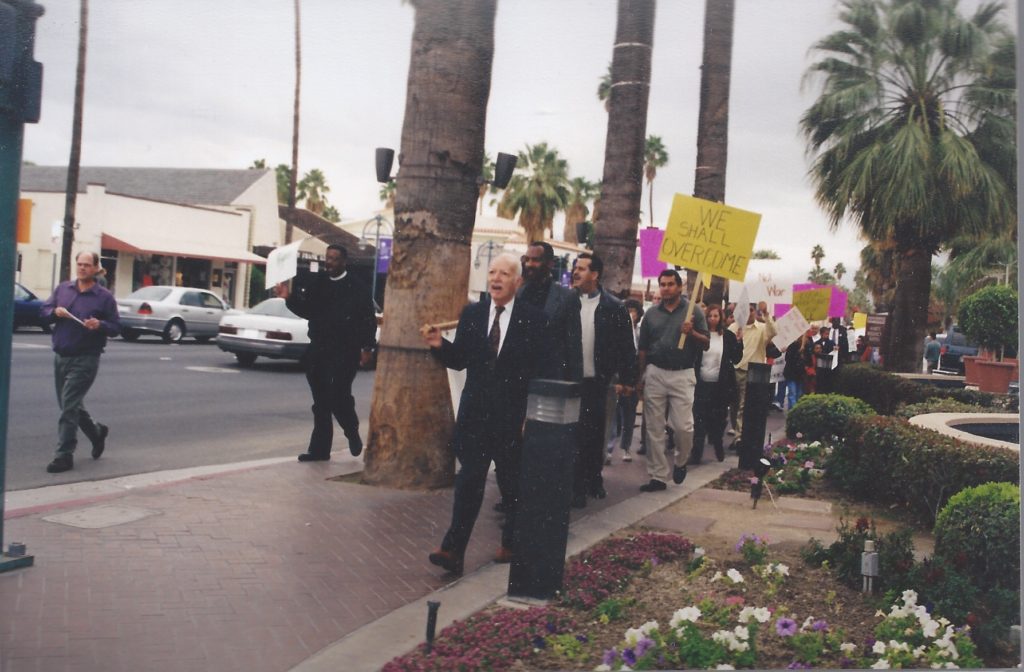 It was just six short years ago when Beaver, who served in the U.S. Marine Corps from 1943 to 1946, was presented the Congressional Gold Medal by Congressman Raul Ruiz (D-36th District) during a ceremony at the Tolerance Education Center in Rancho Mirage, CA.

“Serving our veterans has been one of the greatest joys I have had in my time in office,” said Ruiz as he presented the Gold Medal to Beaver on February 24, 2014. “Our freedom endures because our veterans fought to protect it. It is my great honor to award this medal to Joseph Beaver and may he and all of our veterans be remembered.” These words take on added meaning with Beaver’s loss. 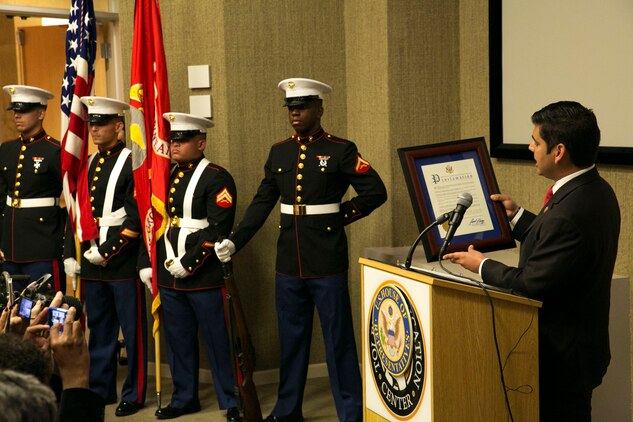 Beaver, one of the first African Americans to join the Marine Corps, trained with his peers at Montford Point, now known as Camp Johnson, in North Carolina. Their entrance to the Marine Corps was enabled by a Presidential Directive signed by President Franklin D. Roosevelt in 1942 which required Black Americans be given the opportunity to join. Years later, in 2011, another American President, Barack Obama, signed a bill to honor these Marines with the Congressional Gold Medal.

These men represented the largest number of Black Marines to serve in combat during WWII. Their legacy includes taking part in the seizure of Okinawa, with approximately 2,000 seeing action.

“This honor is beyond words, I never thought I would be the recipient of anything like this in front of my Congressman and so many friends and family, said Beaver when presented with the Congressional Gold Medal by Ruiz. “America is truly a great country, although it wasn’t always,” he stated adding, “I have been dedicated to equality and ask the rest of you to always remember to stand up and fight for what is right.” 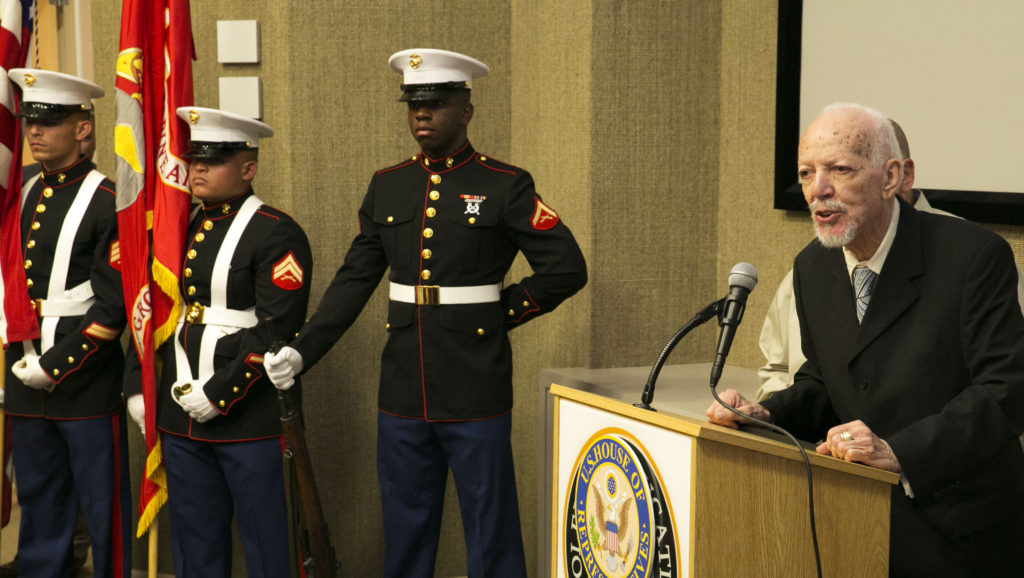 Retired Montford Point Marine Joseph Beaver addresses the crowd after receiving the Congressional Gold Medal during a ceremony at the Tolerance Education Center in Rancho Mirage, Calif., Feb. 24. “This honor is beyond words, I never thought I would be the recipient of anything like this in front of my congressman and so many friends and family,” said Beaver. “America is truly a great country. Although it wasn’t always, I have been dedicated to equality and ask the rest of you to always remember to stand up and fight for what is right.” (Official Marine Corps Photo By Lance Cpl. Kasey Peacock/Released)

A dedication noted by the National Montford Point Marine Museum highlights the sacrifices of these Black men as follows:

“The Marines of Montford Point entered through its main gate as mere men of color, who had pride, courage and dedication.   During the 1940s these men traveled a road that was not paved.  They graduated to become Marines and brought the American people and the U.S. Marine Corps into a new era. Today many of the Marines who traveled through this groundbreaking period of American and Marine Corps history have contributed their life’s successes to the pain, sacrifices, and rewards that were earned at Montford Point.”

Beaver continued his service to America throughout his life. He founded the Black Historical and Cultural Society of the Coachella Valley and chairman emeritus of the Coachella Valley Martin Luther King Jr. Commemoration Committee. He led the movement to rename streets in the City of Palm Springs in honor of Black leaders like Civil Rights Leader Rosa Parks and the city’s first Black resident and successful businessman, Lawrence Crossley.

Always the forerunner, a year before the federal government legislated Dr. Martin Luther King Jr. as a National Holiday in 1983, Beaver successfully lobbied the Coachella City Council to honor the Civil Rights icon by recognizing the third Monday in January as a paid holiday.

Remembered by family and friends for his advocacy, passion and commitment, his grandson, Joseph A. Beaver told the Desert Sun, “He was a very good man with a very good heart.”

Also commenting on the loss of Beaver, Congressman Raul Ruiz noted, “Today, my heart is heavy as our nation mourns the passing of longtime Palm Springs resident [Joseph Beaver]. May He Rest In Peace and may we continue his legacy of service.”

Message from the Editor