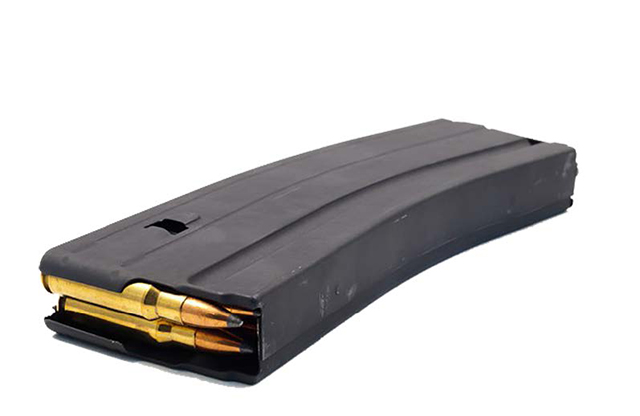 During 2016, the sale of semi-automatic rifles increased dramatically in California over the previous year. Registration of such weapons rose from 154,000 weapons registered in 2015 to 365,000 registered from January 1, through early December, 2016. Sales were also expected to continue through the end of the year.

Data from the state Department of Justice tells only part of the story. It is widely believed the increased demand for semiautomatic rifles with so-called “bullet buttons” was partly responsible for the rising demand—as a number of gun advocates scurried to purchase such weapons before the ban on bullet buttons took effect January 1.

Bullet buttons were originally developed by gun manufacturers so that gun magazines could be easily detached thereby facilitating accelerated magazine replacement by the user. As of January 1, 2017, bullet buttons are now prohibited in California. The last day to legally purchase a bullet button in the state was December 21—this allowed time for the required ten-day waiting period before the end of the year.

It is still legal to own a bullet button device in California provided you owned it before January 1, 2017; however, such ownership must now be registered with the state Department of Justice.

A number of new gun control measures became law in 2016 largely in response to the December 2, 2015 terror attack at the Inland Regional Center in San Bernardino. The laws were designed to keep weapons away from those determined to do harm. They also strengthened California’s reputation as having some of the strongest gun control legislation in the nation.

California gun advocates can expect more controls to take effect later this year. For example, beginning July 1, gun owners will be required to report a gun lost or stolen to law enforcement within five days of realizing the weapon is missing. Also, effective July 1, it will be illegal to possess large-capacity magazines, i.e., magazines that hold more than 10 rounds of ammunition. Currently, it is only illegal to buy or sell large capacity magazines; but, beginning July 1, anyone who owns a large-capacity magazine will be required to either destroy it; turn it over to law enforcement or remove it from the state.