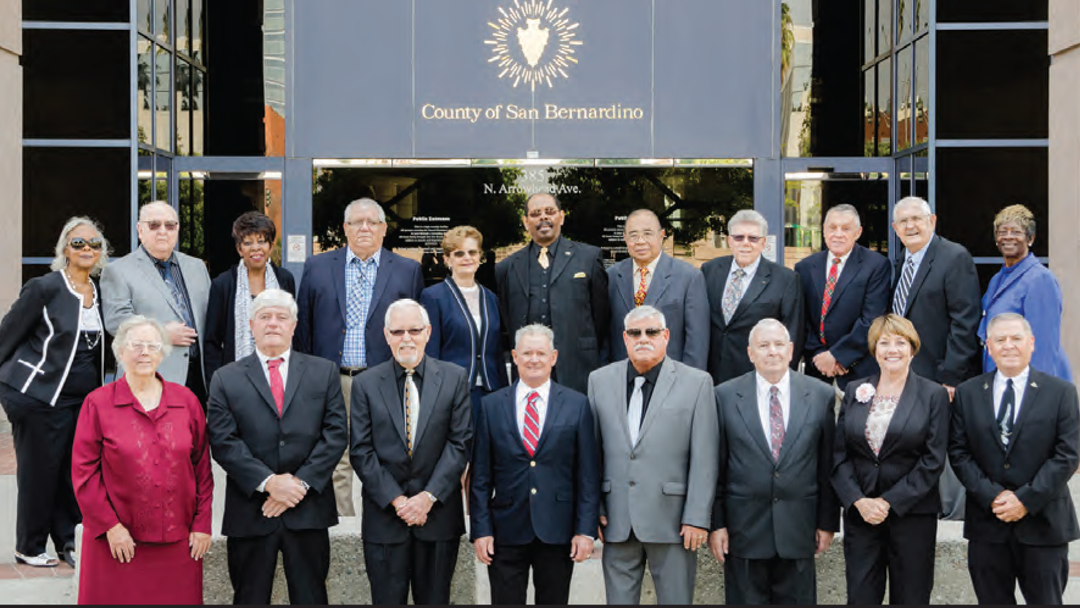 Each year, the goal of San Bernardino County’s Civic Grand Jury (Jury) is to ensure the county is governed honestly and efficiently and that county monies are spent appropriately.

To that end, this year’s  jury explored several disparate issues that included the City of San Bernardino’s responsiveness to complaints of potential code enforcement violations; a review of potential policy violations within the City of San Bernardino Municipal Water Department; concerns over Sexual Harassment Policy and Procedures within the Hesperia Unified School District; Emergency Ground Ambulance Contract procedures; and as mandated by law, the jury inquired into the condition and management of public detention centers within the county.

Another key focus of this year’s Jury included an examination and critic of the San Bernardino County Sheriff’s Department Administration of the Inmate Welfare Fund.

In a letter to Presiding Judge Vander Feer which accompanied the Jury’s final report, Foreman Rosie Hinojos discussed about this year’s process. “Throughout our term, Grand Jury members met and interviewed numerous employees of San Bernardino County, Cities and Special Districts. The vast majority of those contacted,” she noted, “were extremely helpful in answering our questions and in providing all of the information that was requested of them.”

Hinojos further stated that although this year’s Jury received and investigated various complaints from members of the community, “Some of these complaints did not fall within the jurisdiction of the Grand Jury and had to be rejected. However, we investigated those that did fall within our jurisdiction and some are included as part of our Final Report.”

Every year the Jury receives several citizen complaints. Every complaint is carefully reviewed by the Jury for issues regarding appropriate jurisdiction and importance. Following an initial review of each complaint, the Jury may approve and assign it to an appropriate committee. The committee then investigates with appropriate oversight of the full Jury.

In addition to citizen complaints and the Jury’s authority to inquire about the conditions and management of public detention centers within the county, California Penal Code 925 gives the Jury authority on some selective basis each year, to “investigate and report on the operations, accounts, and records of the officers, departments, or functions of the county . . . “

This year, the jury chose to examine the operations, policies and procedures used in the administration of the county’s Inmate Welfare Fund (IWF or Fund) with an interest in making recommendations that will make these administrative procedures more effective and efficient.

The IWF does not receive any taxpayer supported funding. Instead, money flows into the IWF from stores operated in connection with the county jails where inmates may purchase confectionery, tobacco, tobacco users’ supplies, postage, writing materials, and toilet articles and other miscellaneous items. Profits from these sales are deposited into the Inmate Welfare Fund.

As of August 31, 2017, according to the Jury, the Fund had a substantial balance of more than $13 million dollars. The San Bernardino County Sheriff is responsible for the establishment and administration of the Fund and the California code stipulates that these funds are to be used solely for the benefit, education, and welfare of county jail inmates.

The significant value of the Fund coupled with the substantial discretion the Sheriff’s Department has over its use, led to the Jury’s examination of the operations, policies and procedures used in the administration of the Fund.

The investigation focused on two key areas including an examination of the policies and procedures that govern how funds are disbursed. It also took a close look at how the funds were distributed.

The Jury conducted interviews with members of the Inmate Services Unit and Inmate Welfare Trust Fund Committee and in the process, confirmed that funding requests submitted to the Inmate Welfare Trust Fund Committee (IIWTFC) are usually approved. In other words, the Jury found IWTFC usually accepts any requests for funding. The Jury considered this finding significant as the IWTFC policies and procedures manual not only documents how the IWTFC should operate, it also details how funding requests are supposed to be made and reviewed.

Based on these findings, the Jury’s Final report provided county officials with a list of recommendations intended to make WTF administrative procedures more effective and efficient, beginning with a call for the county to revise the Sheriff’s Department public website to information on the existence of the Inmate Welfare Fund and Inmate Welfare Trust Fund Committee to increase public awareness.

Next, the Jury recommended the county adhere to regular reviews of the Fund (e.g. every two years) and called for updating (as needed) of the Inmate Welfare Trust Fund Committee Guidelines. Recommendations also included calls for the establishment and update of a strategic master plan of spending to guide the Inmate Welfare Trust Fund Committee when it considers future spending requests.

The Jury also called on officials to establish and maintain an inventory of assets available to inmates for their benefit. This should assist the Inmate Welfare Trust Fund Committee in the implementation of a master spending plan. It also called for an assessment of inmate needs, including education, training, counseling etc. for use in guiding WTF expenditures.

The Jury further recommended the establishment of a mechanism to track the progress of inmates in the areas of education, training and counseling to also help guide Fund expenditures.

Finally, the Jury recommended county officials establish a practice to ensure a financial report be submitted to the Board of Supervisors each year as required under California Penal Code 4025.

The San Bernardino County Board of Supervisors has until the end of August to formally respond to these recommendations.