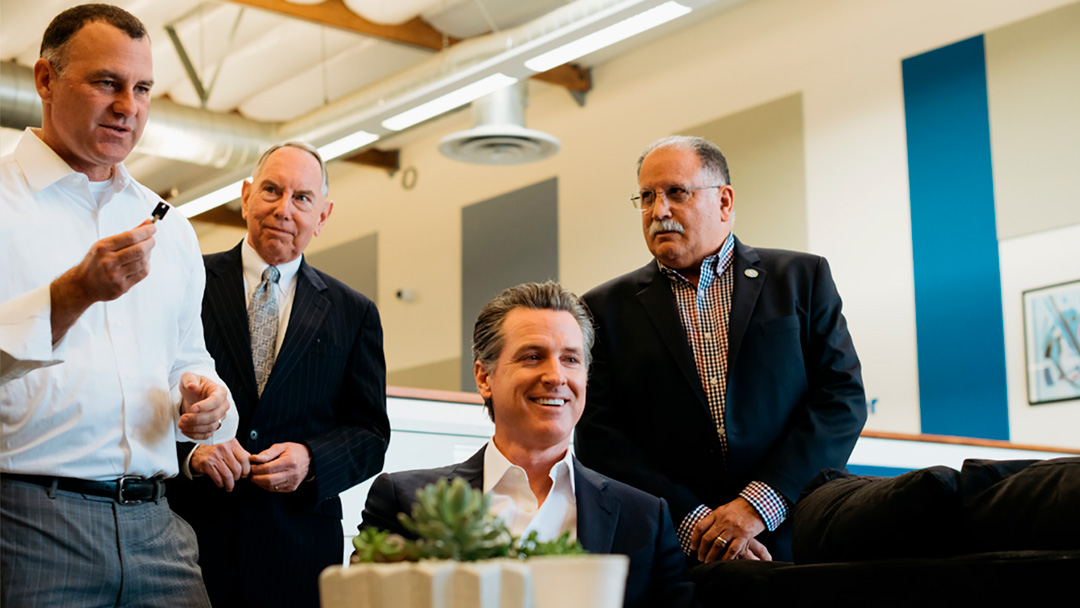 When California Governor Gavin Newsom visited an emergency shelter and access center in Riverside and a board and care home in Los Angeles on Tuesday, it marked the second day of his homeless tour. The Riverside Access Center (RAC), provides access to a wide range of services under one roof, including homeless street outreach, housing placement, employment development, and homeless prevention resources.

While touring the RAC Newsom met with a woman named Peggy, who relies on the services at the center. Peggy told the Governor that for her, having a key to a home represents security. Newsom also met with Duke, a formerly homeless individual who now serves as a security guard at the very center where he received services.

“Governor Newsom is boldly leading by rising above rhetoric and controversy and taking action to address the homelessness crisis,” said Riverside Mayor Rusty Bailey. “He made a promise to help cities heavily impacted by homelessness in the last budget cycle and he delivered, expanding shelter, increasing outreach, and adding much needed bridge housing. The Governor’s response is part of a long-term strategy, and the proposed next round of funding will allow us to drastically expand mental health services.” 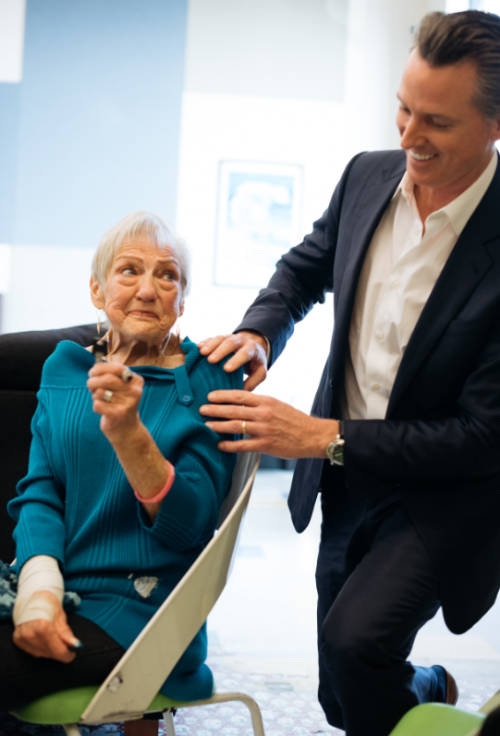 The Governor’s tour is helping to shine light on Newsom’s one-billion-dollar commitment to fight homelessness included in his proposed budget and his recently signed executive order which creates a new California Access to Housing and Services Fund.

The Executive Order includes $750 million for the new Fund as well as a new investment to reform Medi-Cal to enable health providers to better deliver integrated physical and behavioral health. In addition, the order requires state agencies to take urgent and immediate action by January 31, 2020 to make available state properties and facilities to rapidly increase housing and shelter options.

The order makes a supply of 100 camp trailers that can be used as temporary housing immediately available to be deployed in communities across the state with the greatest need. There will also be crisis response teams available to assist local communities in utilizing state resources to aid in local efforts as well as mobile health and social services clinics.

In July, 2020 the Governor announced a team of regional leaders and statewide experts to advise his Administration on solutions to address the state’s homelessness epidemic.

The Governor has also released $650 million in State Emergency Homeless Aid and challenged cities and counties to partner with the state on immediate impact solutions to tackle homelessness crisis.

The tour kicked off in the community of Grass Valley in Northern California where he visited two homeless service providers and shelters. After leaving Southern California the governor made similar stops in the Central Valley and the Bay area last Thursday.