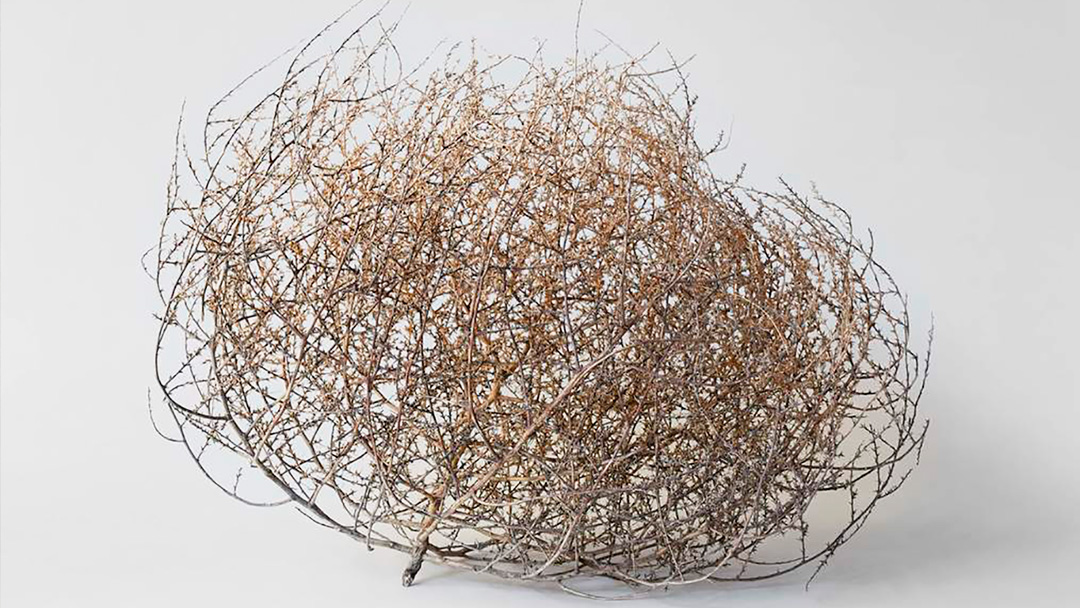 Riverside – Specialists at the University of California Riverside (UCR) report a new species of gigantic tumbleweed once predicted to go extinct, is not only here to stay, it will very likely to expand its territory. The species, called “Salsola ryanii,” is significantly larger than either of its parent plants, which can grow up to 6 feet tall. A new UCR study supports the theory that the new tumbleweed grows more vigorously because it is a hybrid with doubled pairs of its parents’ chromosomes. Currently, Salsola ryanii has a relatively small but rapidly expanding geographic range. Given its potential for damage, the knowledge now available about Salsola ryanii could be important for helping to suppress it before it takes over. “Salsola ryanii is a nasty species replacing other nasty species of tumbleweed in the U.S.,” said study co-author Norman Ellstrand, UCR Distinguished Professor of Genetics. “An ounce of prevention is a pound of cure,” he said.