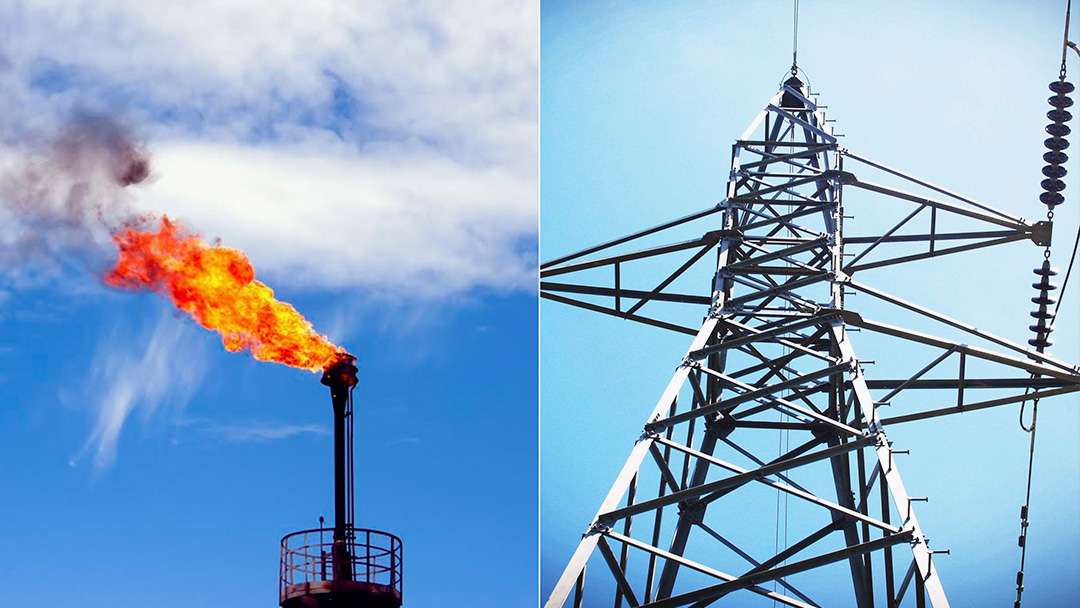 In early December Riverside County joined other municipalities in the inland region including the cities of Temecula and Upland to cast its lot with more than 100 other municipalities around the state who passed resolutions last year in support of what they described as, “balanced energy policies that preserve consumer choice and keeps energy affordable.”

“The simple process of converting our organic wastes, yard trimmings, and food waste into a recycled natural gas can significantly reduce our overall carbon emissions, and yet, the energy discussion is often dominated by the idea of total electrification,” said Temecula Councilmember Matt Rahn. “As we plan for California’s energy future, we must realize that electrification is not the only solution, and certainly not something that everyone can afford.”

Upland City Councilmember Ricky Felix has expressed similar sentiments on behalf of his constituents. “Mandating a move to a singular utility model loses sight of the financial burden it will create in many Californians’ homes, “ he declared. “It would also be irresponsible to not have different types of utilities available, especially in emergency situations which would put residents at risk.”

In Riverside County Fifth District Supervisor Jeff Hewitt championed the initiative to maintain local control of the county’s energy solutions. Hewitt explained his advocacy for the resolution as follows,  “In 2018, the Governor signed into law Senate Bill 100, which mandates relying on carbon neutral energy sources by 2045.” Adding, “California continues to lead in sustainability, but many of the policies are left at a state level without granting local governments the authority, freedom, and flexibility to make/achieve the state’s goals while taking into account resident needs.”

His resolution, supported by fellow board members declared, “[T]he Riverside County Board of Supervisors support balanced energy solutions that provide them the decision-making authority and resources needed to achieve the state’s climate goals, and opposes proposed state legislation and policy that eliminate local control by mandating technologies that can be used to power buildings and fuel vehicles, and also meet or exceed emissions reductions regulations.” 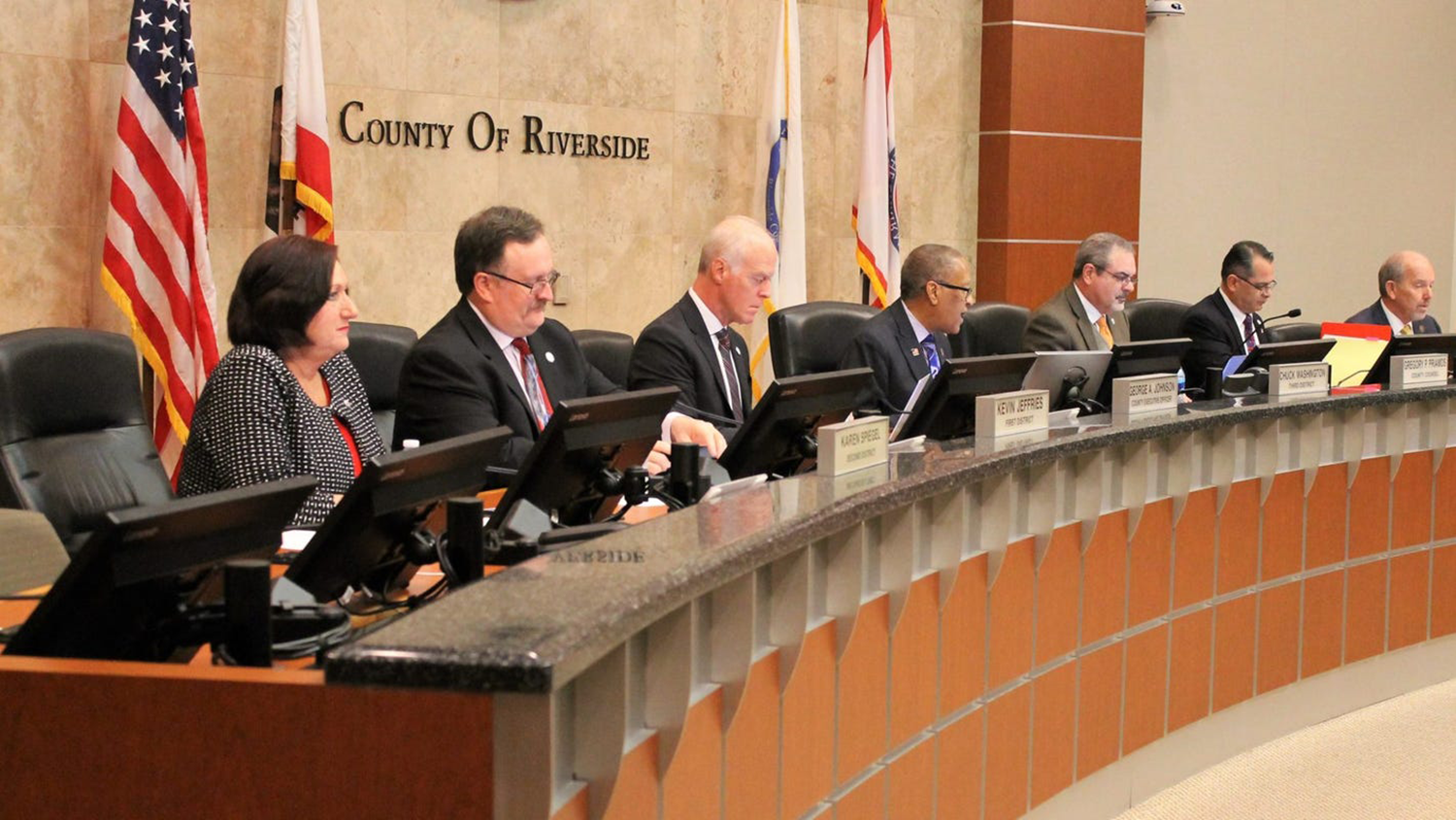 Issues related to the powering of buildings is bubbling to the service as another piece of green energy legislation signed by Brown in 2018 gains added focus. AB 3232, California’s Zero Emissions Buildings and Sources of Heat Energy legislation requires the California Energy Commission (CEC) to complete an assessment by January 1, 2021, regarding how to reduce greenhouse gas (GHG) emissions from the state’s building stock by 40 percent below 1990 levels. The target date to achieve this level of reduction is 2030.

In other words, the bottom-line expectation of AB 3232 is for the state’s CEC to identify policies that will facilitate the building sector’s ability to adequately participate in the state’s overall goal of reducing GHG in alignment with the state’s overall targets aimed at combating climate change.

The main reason the building industry’s participation in this effort is critical is because experts report greenhouse gas emissions from California’s residential and commercial buildings account for about 25 percent of the state’s emissions. This is largely the result of power plants that produce electricity as well as GHG emissions produced by gas and propane furnaces, water heaters and other appliances used in homes and apartments. Thus, there is a growing movement to move the state away from gas as a source of energy.

Already some California cities like Berkeley for example are pushing ahead of the curve and opting to become “electric” cities. However, opponents to the legislation argue wholesale movement away from gas to all electric homes is too costly and will place an undue burden on working class and low-income consumers.  In truth, California is among the states with the highest average electric rates in the nation though homeowners’ and renters’ electric bills are among the lowest. This is largely because most homes in the state rely less on electricity and more on gas than other places.

Proponents of the movement to electricity acknowledge the importance of not penalizing the state’s poor and quickly point to the growing need to ensure the state is moving forward in a way that in the end will result in Californians experiencing healthier lives because they will live in homes with access to clean energy that is also affordable.

In the meantime, low income communities in California remain trapped in the middle of this epic battle between gas and electric even as they continue to suffer disproportionately the greatest health consequence of toxic air quality resulting from GHG. Yet, they will also be the most impacted financially if the cost of clean energy is not affordable. And this appears to be the battleground gas companies—fighting to maintain their market share, and politicians—who oppose clean energy policies for political reasons, have selected as their Bunker Hill. But, are their efforts truly in the best interest of the constituents and customers for whom they claim to advocate? Or, is this battle just another way to exploit the poor to further their own corporate interests?

Certainly, as awareness of the changing climate begins to weigh more heavily against them, companies like SoCalGas have demonstrated their commitment to a “cleaner” energy future for the state. The company is working to improve the quality of their products by focusing in three key areas (1) reducing [green]waste through its Renewable Natural Gas (RNG) initiative that the company stated, “[R]educes GHG emissions that would otherwise go into the atmosphere.”  (2) Working to solve long-term storage challenges by converting excess solar and wind energy into RNG. And, (3) by capturing carbon dioxide from industrial and manufacturing processes before it is released into the air and converting it to RNG.

Although SoCalGas is hoping to supply about 20 percent of its customers with CNG by 2030, environmentalists continue to argue CNG presents the same threats to the environment as gas produced from fracking which according to the consumer watchdog group Food & Water Watch, “spews carbon dioxide (CO2) and other pollutants” into the atmosphere.

Rooting the argument against California going electric based solely on the impact of a perceived cost burden to low- and working-class communities removes focus from this aspect of RNG, the continuing health implications that result from it, and its impact on a changing climate.

“Mandating a move to a singular utility model loses sight of the financial burden it will create in many Californians’ homes…It would also be irresponsible to not have different types of utilities available, especially in emergency situations which would put residents at risk.”
– Rick Felix, Upland City Councilmember

Another factor for consideration in this battle for hearts and minds on the issue of clean energy in California is the millions of dollars being leveraged by energy and utility giants into campaigns. Nationally in 2017 these organizations spent nearly $60 million on campaign committees, ballot measures, trade associations and nonprofits.

Such funding is a force to be reckoned with. As reported by the publication FastCompany, “Among utility giants, Pacific Gas & Electric Co. emerged as the largest donor to individual campaigns and committees. The San Francisco-based PG&E gave almost $1.7 million to committees, including $390,000 to the California Republican Party and $290,000 to the California Democratic Party.”

In the meantime, The Guardian has reported, “SoCalGas (a subsidiary of Sempra Energy) funded not-for-profit consumer group Californians for Balanced Energy Solutions (C4Bes) from its launch.”

Although SoCalGas insisted to the publication that it does not direct the consumer group, the Guardian identified documents revealing the contrary. As reported, “But documents show it funded the organization from its launch, paying outside consultants to develop the not-for-profit group, establish “the organization’s messages and themes” and recruit board members.

The article went on to quote from an email sent to several local government employees across the state of California which read in part, “I have been asked by our senior leadership team to identify some key Latino leaders that might consider supporting the current [C4Bes] effort.”

As the fight for California’s energy future continues to escalate consumers will be asked to consider cost over quality of life. When SB 100 was signed into law, Harold P. Wimmer, National President and CEO of the American Lung Association issued a statement putting the issue of clean energy in the context of public health and reminded Californians the fight for clean energy is about more than costs.

“Air pollution contributes to asthma attacks and lung cancer, hospitalizations and even early death,” he noted and stressed, “Right now, 90 percent of Californians live in areas that experience poor air quality at some point during the year. Reducing carbon pollution will fight climate change and improve local air quality to save lives.”