Fundraiser Will Provide One Million Meals to Inland Empire Residents 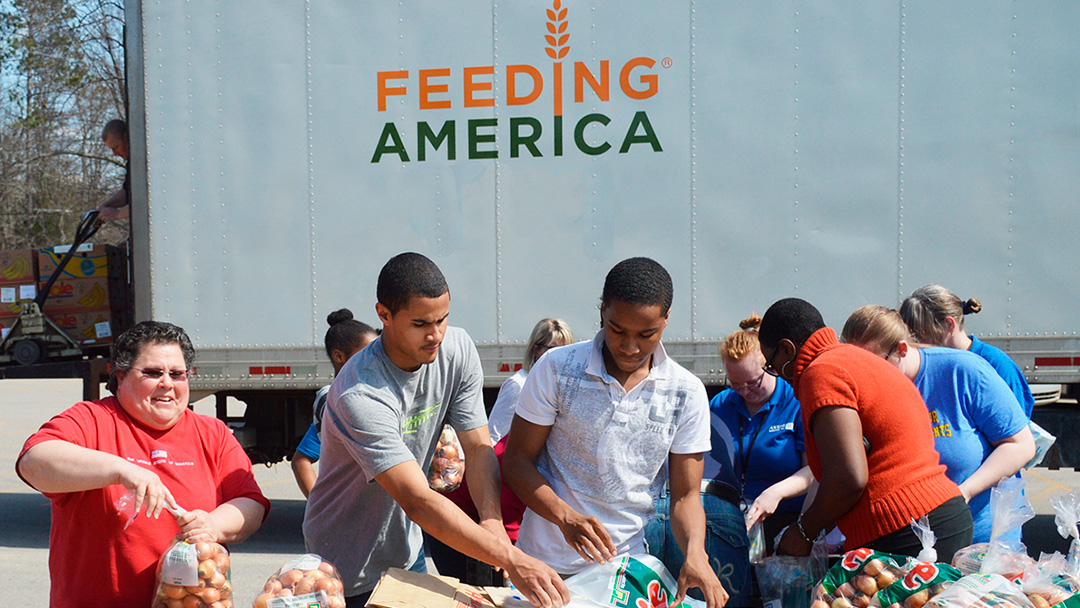 On Saturday, November 2, 2019 the organization Feeding America Riverside | San Bernardino (FARSB), hosted its 7th Annual Million Meals Gala, Rising Above Hunger, at the Grier Pavilion on top of Riverside City Hall in Downtown Riverside. According to FARSB, more than 400,000 inland area residents struggle with hunger and may not know where they will find their next meal, including one in five children. Proceeds from the event—which amounted to the equivalent of nearly one million meals—will help provide holiday meals to food-insecure children and families in the inland region. This year’s event honored Dr. Anil Garde and Mrs. Gigi Garde of Riverside and featured live music by the Inland Empire’s Brassworks as well as a special guest presentation made by UCR Alumna and Hunger Advocate, Melina Reyes.  In 2016, Melina Reyes, a fourth-year Political Science major at UC Riverside, went on a five-day (115 hours) hunger strike to raise awareness for food-insecurity, something she and many of her classmates, faced while attending the university. According to reports, UC Riverside is rated the highest amongst all UC campuses for the number of students on campus (62 percent) who experience food-insecurity.  During Saturday’s event, winners of the community voted “Hunger Hero Awards” were given to community advocates who dedicated their efforts to fighting hunger in 2019. They included the winner of the Partner Charity of The Year, Inland Valley Christian Fellowship; winner of the Media Partner of The Year, KVCR; Key Community Champion, Big Bear Rotary; and winner of the Key Corporate Champion award, Hendrick Automotive Group. Finally, the President’s Choice award, chosen by FARSB CEO, Stephanie Otero, was awarded to Eric Roberts, an Eagle Scout candidate who transformed the food bank’s old pallets into movable walls to enclose the volunteer area for special events.  To learn more about the organization and/or to make a donation visit Feeding America Riverside/San Bernardino.