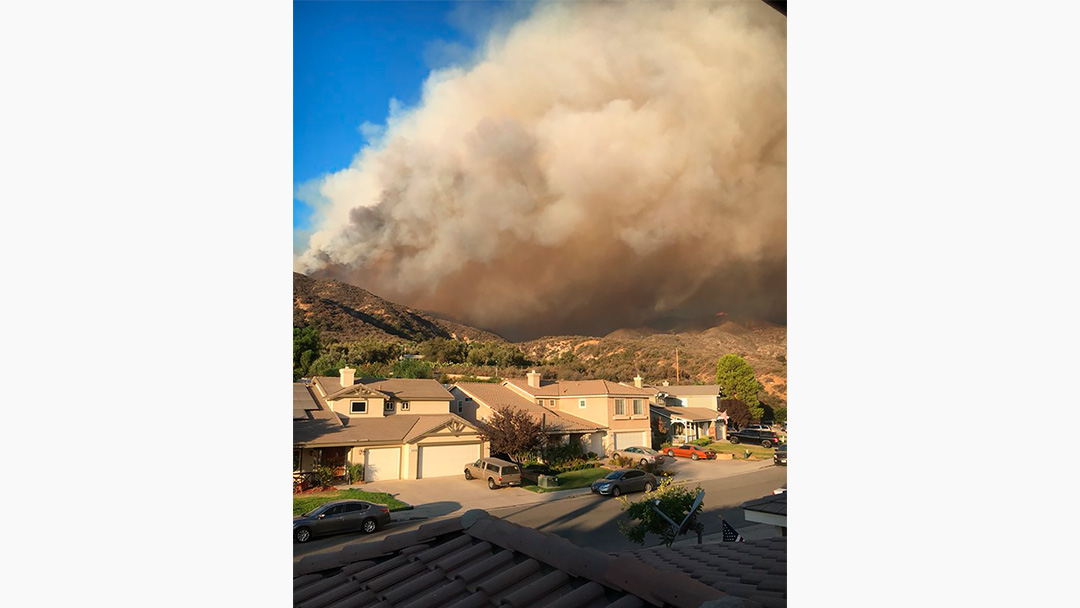 Despite the progress, thousands of homes in Riverside and Orange Counties remained threatened by the massive inferno that had already burned for over nearly a week. Officials confirmed Monday that at least 22,714 acres had burned and no less than twelve structures were destroyed in the Cleveland National Forest.

More than 1,500 firefighters continued to battle the blaze with the assistance of helicopters and airplanes that dropped fire retardant to suppress flames in areas where firefighters can not gain access due to the terrain.

Before any of the evacuation orders were lifted more than 21,400 people were under mandatory evacuation orders due to the Holy Fire.  This fire event also delayed the opening of schools in the Corona-Norco Unified School District.

Last Thursday, August 9, Governor Brown issued an emergency proclamation for Orange and Riverside Counties because of the Holy Fire which continued to threaten critical infrastructure, thousands of homes and other structures and has caused the evacuation of residents.

The governor’s action triggered a state law which bans price gouging.  It also suspended the one-week waiting period normally required for unemployment insurance applicants. The declaration also suspended fees associated with request for copies of certificates of birth, death, marriage, etc. by individuals who lost such records because of the Holy Fire.