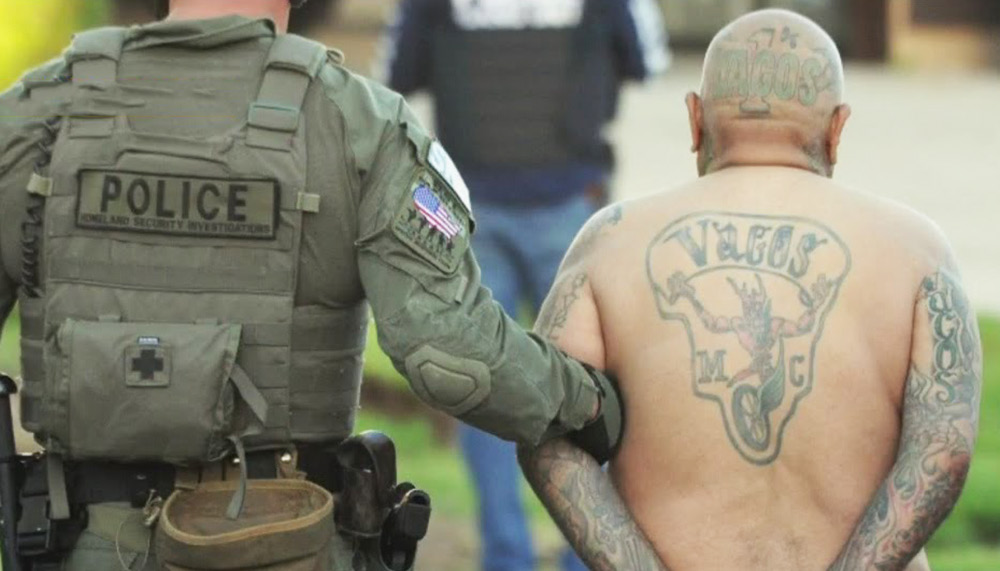 On Friday, a federal indictment was unsealed charging 23 members and associates of the Vagos Outlaw Motorcycle Gang (Vagos OMG), including some of its most senior leaders, with conspiracy. The charges involved alleged racketeering, murder, robbery, kidnapping, and aggravated assault, among others.

Although the indictment was returned by a grand jury in Las Vegas, federal, state, and local law enforcement officials arrested individuals across Southern California in addition to the arrests made in Hawaii and Nevada. Several of the arrest and search warrants were served in the Inland Empire communities of Moreno Valley, Beaumont, and Fontana. In total, 22 people, described by officials as members of the Vagos OMG, were arrested.

The indictment, unsealed by the U.S. District Court of Nevada and reviewed by The Voice/ Black Voice News, described Vagos OMG as, “. . . a criminal organization whose members and associates engaged in, among other criminal activities, narcotics distribution, firearms trafficking and acts of violence involving murder, kidnapping, assault, extortion, robbery and witness intimidation.”

According to the indictment, Vagos OMG began in the City of San Bernardino in the mid-1960’s. The term “Vagos” is Spanish for lazy and referred to a person characterized as a vagabond. The organization was formed by a group of motorcyclists that purportedly held other motorcycle gangs in contempt. Vagos OMG members are predominately Hispanic and Caucasian and over 21 years old.

The organization, which identifies itself as the “Green Nation,” has grown into an international operation with 87 or more chapters in seven countries on four continents. There are approximately 75 chapters in the United States, including 54 chapters in California and Nevada.

Federal officials identified Vagos OMG as, “A highly organized criminal organization which adhered to a hierarchical chain of command internationally, nationally and locally.”