Fear, Hate and the Power to Destroy: Part 2 of 2 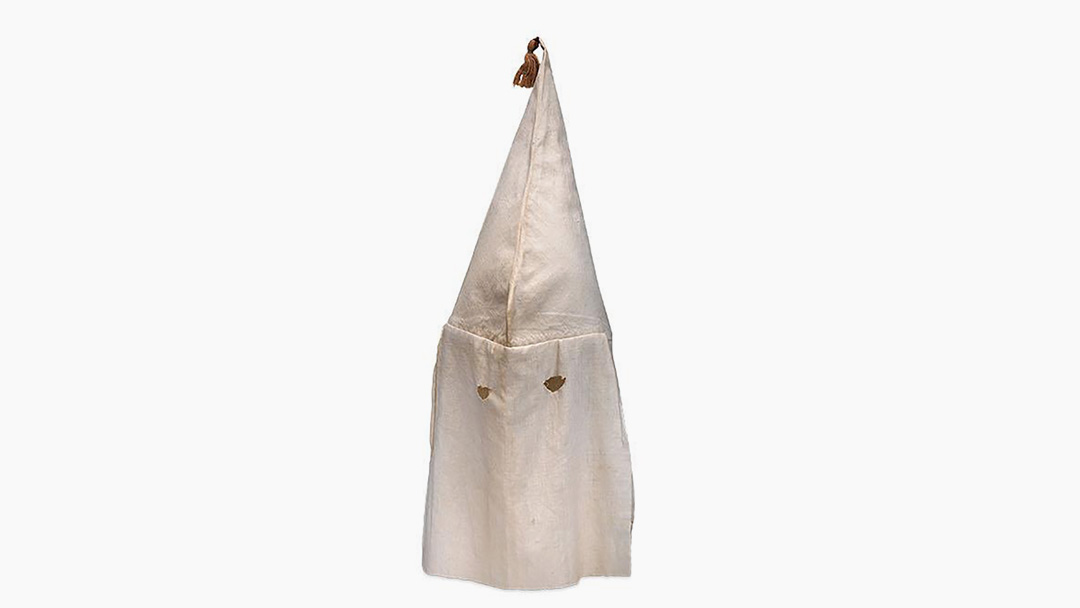 Part 1 of this 2-part series of the same title published Thursday, August 16, was inspired by the one-year anniversary of the Charlottesville incident that had awakened the nation to a simmering white nationalist agenda.

Buoyed by the election of President Trump and his continued unvarnished attacks on one minority group after another, many have claimed his attacks helped lay the foundation for hate groups to come out of the shadows and step boldly into the light of day, no longer feeling a need to hide their faces under hoods.

During an exclusive interview with Brian Levin, Professor of Criminal Justice at California State University, San Bernardino, where he also serves as Director of the Center for the Study of Hate & Extremism, the professor shared his perspective on hate crimes data that reached beyond the numbers.

According to the report, hate crimes in America’s ten largest cities rose 12.5 percent in 2017. In contrast, the report noted crime in general dropped slightly across the nation in the first half of 2017, with preliminary FBI figures showing a 0.8 percent decrease in violent crime and a 2.9 percent decrease in property crime.

The report also showed that in addition to the usual stressors and incidents that historically impact hate related events, “Russian operatives engaged in an orchestrated manipulation of social media which they ramped up late in 2016, the majority of which revolved around dividing the nation along racial lines.”

Levin is an expert on this issue and as a result, has testified before both houses of Congress and various state legislatures on issues related to hate and terrorism.

Levin was asked about the recent increase in hate crimes in addition to a report released by the California State Auditor in May that showed the state is undercounting hate crimes because of outdated policies that have led law enforcement agencies to mis-identify or fail to report such incidents.

“We are all born with the capacity for aggression as well as compassion. Which tendencies we embrace requires mindful choice by individuals, families, communities and our culture in general. The key to overcoming hate is education—at home, in schools, and in the community.”
Bernard Golden

Although Inland Empire cities were not included in the audit, Levin noted that inland area police agencies report more numbers than some states, and stressed reporting in California is better than most.  “I’m not saying we can’t improve,” Levin shared, “but, I deal with this internationally and domestically and at least we have some infrastructure [in place] and good laws.”

He added that the inland communities are doing a good job of reporting/tracking relatively speaking when compared to other California communities of similar size. “I’d love to see a better response in the Inland Empire in general, but I can tell you regarding the city leaders in Riverside and San Bernardino, these are issues they are concerned about.”

Levin noted how some of the issues that impact hate crime reporting is more structural in nature and shared how he is working to improve the quality of training police departments receive regarding this issue.

Levin went on to discuss how the country has some big problems that extend beyond the hate crimes themselves. “When nine percent of Americans, according to an ABC/Washington Post poll, say Nazi views are acceptable; when 36 percent of Americans think Whites are under attack; and 16 percent of Americans are opposed to interracial marriage—we have a lot of work to do even when behaviors don’t rise to the level of crimes.”

According to Levin, many Americans are making a big mistake by putting too much stock in someone like Jason Kessler, the White Supremacist, neo-Nazi, alt-right leader and organizer of last year’s White nationalist Unite the Right rally in Charlottesville.

“Kessler is one of the most reviled people, so we shouldn’t put so much stock in the alt right leadership.” He noted how people like Kessler are following different shades along the spectrum of bigotry. 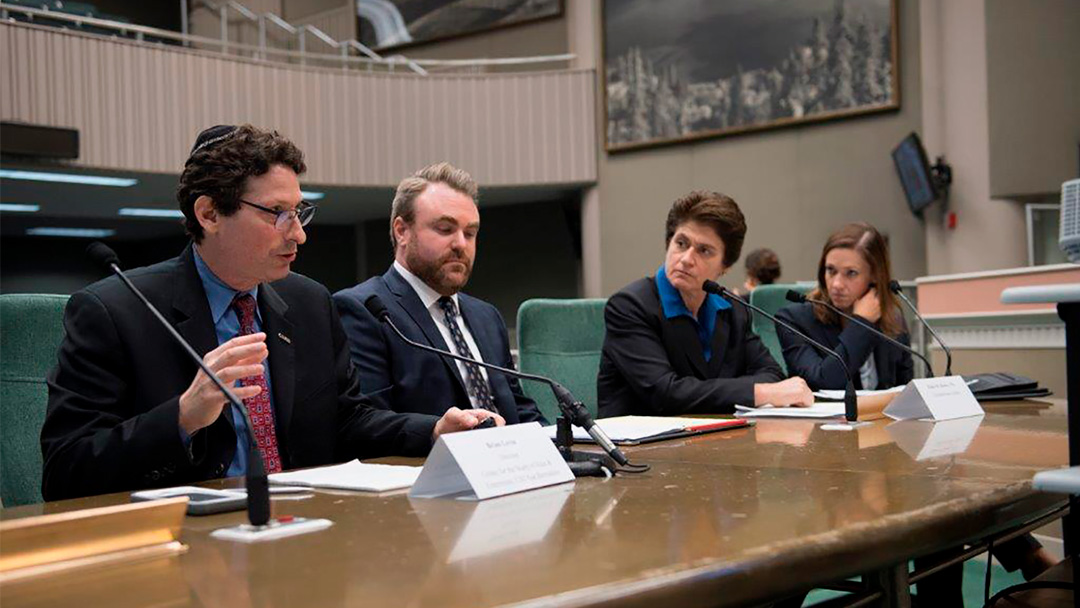 Levin was asked about the variances seen in the number of hate crimes as tracked by agencies at the state and federal levels and by groups like his. “We have the most up-to-date data anywhere,” he stated adding, “The data I’m using is a snap shot of what I’m given at the time of request,” further noting the numbers sometime changed after the data is sent and reviewed.

Historically, African Americans have been targets of hate related crimes at numbers far greater than their portion (approximately 13 percent) of the population. The percent of hate crimes committed against them used to range between 35 and 40 percent of the total in any given year.

The most common type of hate crime bias categories in the nation’s ten largest cities in 2017, were anti-Black, anti-Semitic, anti-gay and anti-Latino, but there was wide variation across different cities for this and other factors.

For example, in Los Angeles more hate crimes were committed against gay men, where in New York, most victims were Jewish. “We actually have a pretty good idea of trends, but we know the data is limited due to the attenuated relationship with police in some states,” Although forty-five states and D.C. have hate-crime statutes, Levin reported the coverage and enforcement from state to state varies significantly.

As those who track hate crimes continuously strive to improve the usefulness and value of the data they present, some members of the media have claimed the numbers are useless, unless they can help identify certain trends based on historical data.

For example, “Hate crimes here in California and nationally are down from their 2006 highs,” Levin shared. There are usable national statistics on this subject that date back to 1992. Interestingly, when you look at hate crimes against members of the African American community and compare data for 2016 versus the 2008, the number of anti-Black hate crimes in 2016 were 1739 or 28.4 percent. “The lowest percentage this century as well as the lowest number,” Levin confirmed.

Levin continued with an interesting observation about this trend, “We are seeing bigotry get vented through other things like social media or obnoxious pubic displays that don’t rise to the level of criminality.” 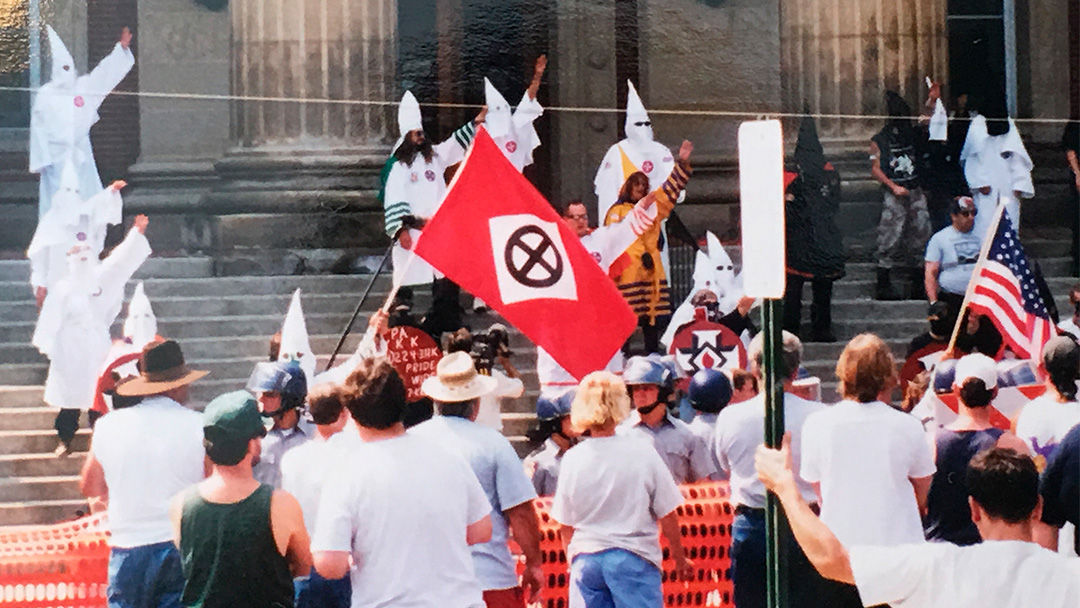 One of the ways Levin places the rise and fall of hate crime incidents into relative historical context is by looking at what occurred politically, socially and/or economically during such peaks and valleys. He offered the following context.

In 1865, two things happened–the 13th Amendment to the Constitution abolishing slavery was ratified and the KKK was born.

In 1869, the KKK was disbanded and Tennessee saw the birth of Jim Crow laws focused on racial discrimination against Blacks.

In 1924, America passed an immigration law—the Johnson-Reed Act, which drastically limited immigration and made permanent restrictions designed to keep out Southern and Eastern Europeans, particularly Italians and Jews, Africans, Middle Easterners, in addition, it barred Asian immigration all together—this law was once praised by U.S. Attorney General Jeff Sessions. By the late 1920’s, the stock market also began to falter.

In the meantime, the 1920s saw the Ku Klux Klan (KKK) reach its zenith when the organization’s membership rose to between 4.5 and 5 million. What also happened in America during that decade? As a nation, Levin explained, “We became more industrial and more urban.” And in response, the KKK rallied its base by leveraging their traditional disdain for African-Americans and exploited their members’ nostalgia against them.

In many ways, what triggered the rise in hate that has gripped the nation since President Trump took office more than a year ago, is not much different than what has ignited hate fueled anger since the ratification of the 13th amendment in 1865.

According to Levin, hate groups are remarkably adept at finding and exploiting issues, so they can ride the wave. “We are seeing diversification,” Levin explained, “anti-Muslim, anti-Arab, anti-Transgender, Anti-Latino, anti-Black, anti-White—perceptions of race relations are low.” He added, “What we’ve seen in large American cities, gives a decent, national cross-section [of what is happening] and we don’t have to wait for official data.

“In the two and a half years leading up to and just after Charlottesville, the nation witnessed more mega rallies of White nationalist (100 or more participants) in public,” Levin noted and continued, “Charlottesville or the rally held the night before at the University of Virginia, was the biggest rally in decades.” 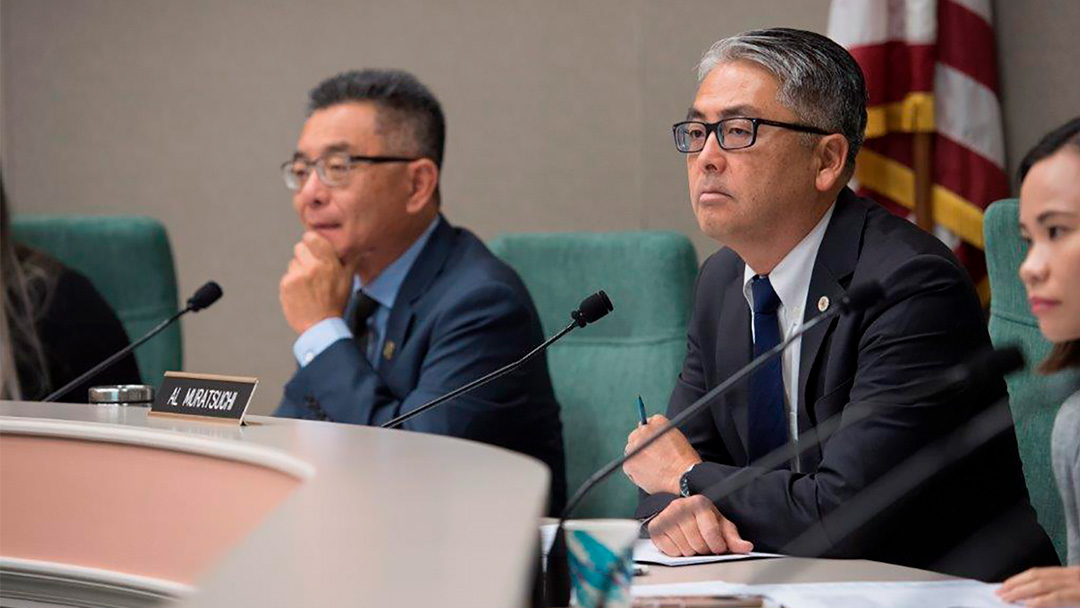 Levin believes this may be partly attributed to a perceived threat these groups attribute to changing demographics that show for the first time, White Christians are not the majority in the U.S.

The May report stressed that, “Prejudice and individual manifestations of it often involve a range of interdependent variables that make certain conclusions more difficult to draw than others, particularly in trying to connect a rise in hate crime to one specific causal factor.”

Levin reported hate crimes have trended downward so far this year, but he also acknowledged the rapidly approaching and highly charged mid-term election, coupled with instability being experienced on a national and international level could impact this trend. “Hopefully, these declines of hate crimes so far in 2018, will hold, but as in 2016 any drop could be illusory come year end, as emotions run high in a fragmented and increasingly uncivil society,” he asserted.

White nationalists, their related government cohort and anti-government extremists’ group represent the top, most diverse threat matrix the nation has faced in decades, Levin shared. “We are very worried, he added, “When a movement like the Alt Right explodes, it’s like hitting mercury with a hammer.”

Learn more about CSUSB’s Center for the Study of Hate and Extremism visit https://csbs.csusb.edu/hate-and-extremism-center.

This month, CSUSB’s Center for the Study of Hate & Extremism released a new report titled, Hate Crimes in Los Angeles 2017-2018: A Comparative Analysis With Other Major Cities. The report is also available online at https://csbs.csusb.edu/sites/csusb_csbs/files/LA%20City%20Hate%20Crime%20v8.pdf.