Exploring the Fiscal Health of Cities in the Inland Region 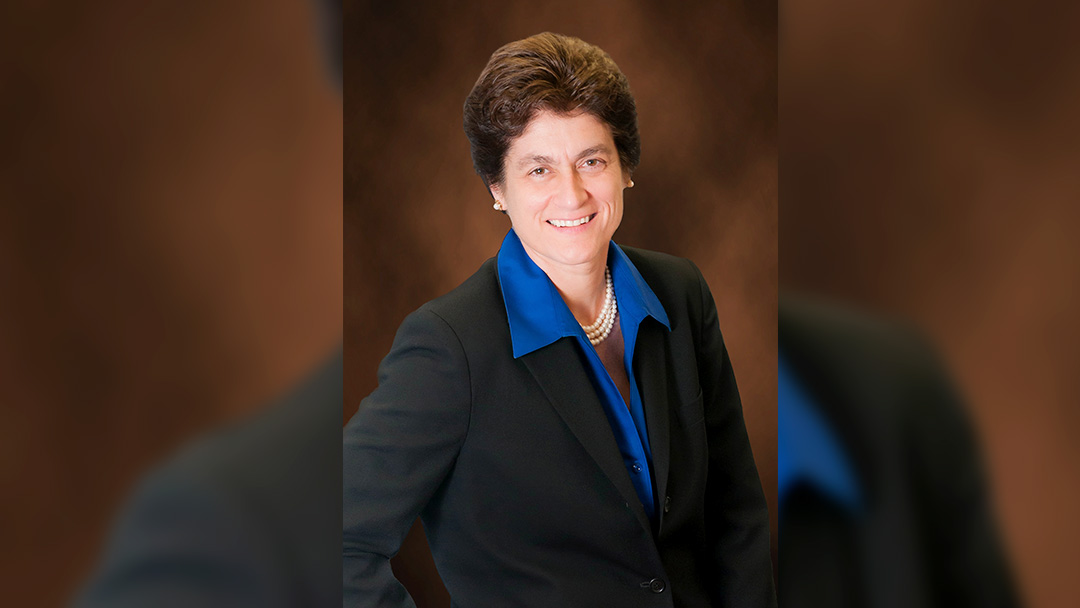 Late last month the California State Auditor (Auditor) launched a new tool, an online dashboard that ranks more than 470 California cities based on detailed information about their fiscal health and in the process providing a much needed level of transparency for constituents around the state who are historically blindfolded as they attempt to battle against fiscal malfeasance.

The fiscal rankings available in the dashboard are a part of the state’s High-Risk Local Government Audit Program for determining whether a local government agency is at risk of fiscal distress.

As California State Auditor Elaine M. Howle explained, “For the first time Californians will be able to go online and see a fiscal health ranking for more than 470 cities based across the state.” She continued, “This new transparent interface for the public, state and local policy makers, and other interested parties is intended to identify cities that could be facing significant fiscal challenges.”

The tool allows users to view individual city ratings which are scored using a “stop-light” indicator rating system with red being high risk, yellow being moderate risk, and green being low risk.

To ensure the development of the list included input from a third-party municipal fiscal health expert the Auditor established and consulted with an advisory panel made up of experts in municipal fiscal health including representatives from the Public Policy Institute of California, CalPERS, California Policy Center, S&P Global Rating Services as well as an advisor to the California Society of Municipal Finance Officers and the League of California Cities, and a professor at the Daniel J. Evans School of Public Policy and Governance at the University of Washington. 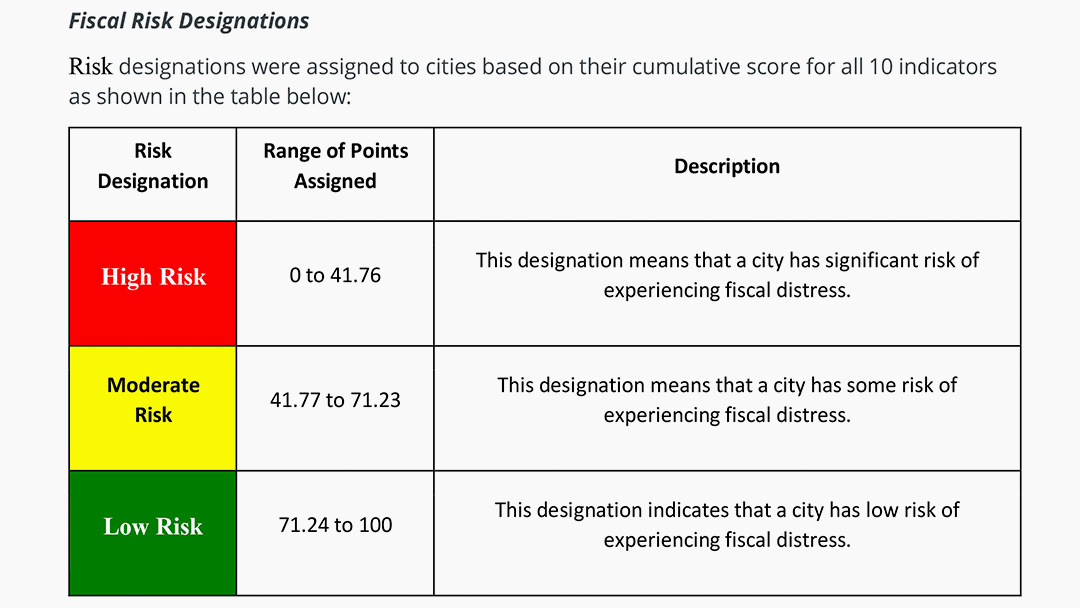 Howle explained, “We assessed risk by performing various financial comparisons and calculations that could indicate the potential for fiscal distress, and we analyzed things such as a city’s cash position or liquidity, debt burden, fiscal reserves, revenue trends, and ability to pay for employee retirement benefits.”

The Auditor used a used a points-based system to rank and categorize cities as either high, moderate, or low risk for fiscal distress by examining and applying a point value in each of the following areas: liquidity, debt burden, general fund reserves, revenue trends, pension obligations, pension funding, pension costs, future pension costs OPEB (Other Postemployment Benefits) Obligations and OPEB Funding, some areas were weighted heavier than others. The points were totaled to determine an overall rating.

Among the cities in Riverside and San Bernardino Counties only one, Blythe in Riverside County rated among the top 18 California cities facing the greatest fiscal challenges. Blythe was identified as High Risk in eight of the ten areas described above and at moderate risk in another area.

There was also one inland city, Adelanto excluded from the dashboard because they did not publish audited financial statements that were prepared in accordance with Generally Accepted Accounting Principles (GAAP). According to the California State Controller however, Adelanto and several other cities were exempt from the federal reporting requirements for fiscal year 2016-17 and as a result, these cities are not included in the analysis. 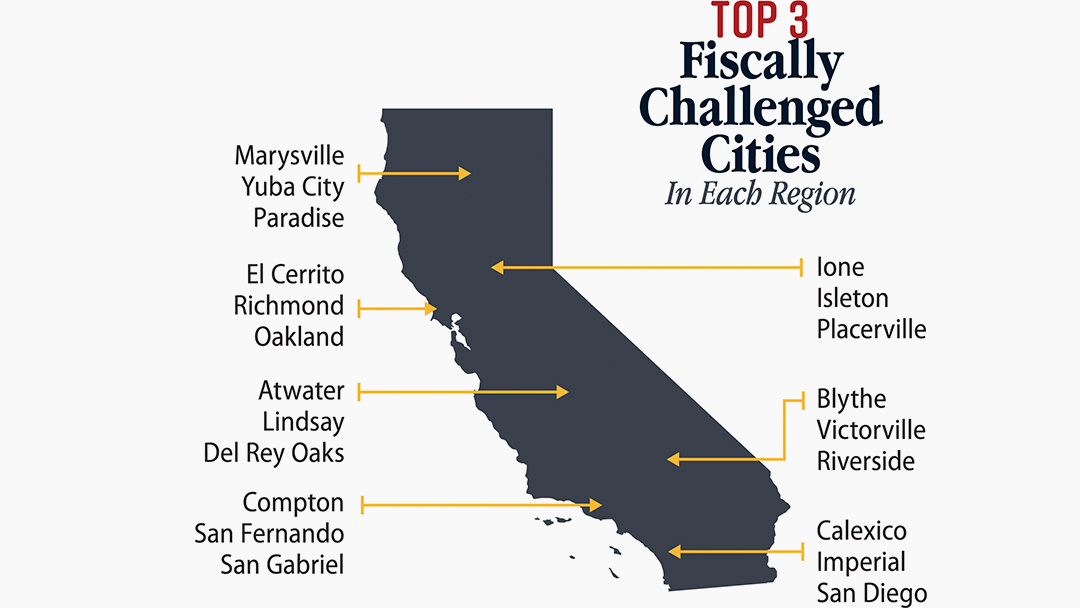 Based on these findings, the Auditor plans to now use an independent, data-driven analysis to determine which cities to send audit teams into to get local officials’ perspective regarding the areas of concern.

If the assessment determines it would be beneficial to conduct an official audit of the respective city to determine the extent of the fiscal challenges and to recommend corrective actions, the State Auditor will request approval to do so from the Joint Legislate Audit Committee (JLAC).

Follow the link https://www.auditor.ca.gov/bsa/cities_risk_index to explore your city’s fiscal rating.