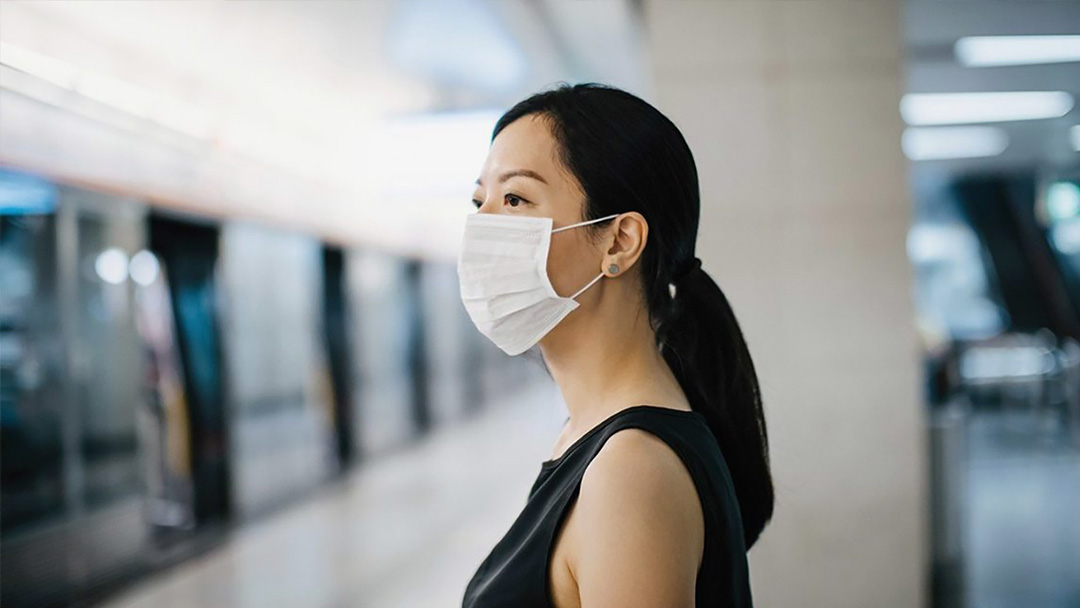 Many in the community reacted with concern when it became public a flight transporting American citizens and U.S. diplomats from Wuhan, China was going to arrive in the inland region.

U.S. Representative (D) Mark Takano who represents California’s 41st congressional district said he received details about the flight from Wuhan, China transporting approximately 210 American citizens, including U.S. diplomats and their families on short notice. He was briefed by the Director of the Center for Disease Control and Prevention (CDC) and the Assistant Secretary for Preparedness and Response at the Department of Health and Human Services (HHS).

“[T]he CDC and HHS were very transparent and answered all of my questions about logistics and medical protocol that will be followed to monitor the health of every passenger on the flight,” Takano stressed. “The information I was given made it clear that everyone on board is being closely monitored by medical personnel and receiving medical screenings to ensure their safety and the safety of others.”

The Department of State ordered the repatriation of State Department officials and their families, as well as U.S. citizens, in the Wuhan region, back to the United States due to the rapid spread of the coronavirus in China—Takano made it clear his office was not consulted on the decision to utilize March Air Reserve Base as a repatriation center for this flight.

“I have requested additional information from the CDC, HHS, State Department, and the Department of Defense on the process and rationale for doing so. I have also requested a briefing by the CDC and HHS on any new developments regarding coronavirus, the health status of the U.S. citizens being held under quarantine orders at March Air Reserve Base, and the potential arrival of additional American citizens at March from Wuhan, China, stressed Takano.

He also called on the CDC to conduct a public briefing to answer any questions about the virus and efforts underway to mitigate its spread in the United States and noted how the Department of Defense is collaborating with the CDC and HHS to provide March Air Reserve Base with the support they need to assist in this process and to protect the public health of local communities.

On Saturday Takano and U.S. Representative Norma Torres (D-CA) sent a letter to U.S. Air Force Secretary Barbara Barrett requesting more information on the decision to repatriate U.S. diplomats and citizens to March Air Reserve Base and expressing concern over the lack of transparency behind this decision.

In the letter, they state, “Some Members of Congress were first notified of, but not consulted on, this decision on the evening of January 29, 2020 by officials from the Department of Health and Human Services (HHS) and the Centers for Disease Control and Prevention (CDC). Other Members were told the flight was being diverted away from Ontario International Airport, the initial destination, but were not informed of the final destination. However, the one consistency is that we have yet to receive any contact or update from the U.S. Department of Defense (DOD) on this flight or any future plans to repatriate additional individuals at March Air Reserve Base.”

Takano and Torres continue, “We are deeply troubled by this lack of transparency. Any unilateral decisions in this regard has had and will continue to have lasting impacts on the employees and citizens at March as well as members of the surrounding community.”

In advance of the letter Takano expressed his belief, “The federal government’s top concern is ensuring that these Americans return home safely without posing a risk to others.” Adding at the time he would be monitoring the situation closely. “My staff and I are communicating with the CDC and HHS and receiving updates as they become available,” he assured.

Takano sought to assure members of the community that strict precautions are being taken to protect public health and to ensure that passengers traveling from China and servicemembers and employees at March Air Reserve Base are safe.

“I would like to thank CDC Director Dr. Robert Redfield and HHS Assistant Secretary Dr. Robert Kadlec for their professionalism and transparency during this process. The health and safety of every American must be our top priority,” Takano concluded.

Calvert assured he is also communicating with federal and local public health officials to ensure necessary precautions are being put in place to keep members of the community safe. “Health officials continue to indicate the risk of infection from Coronavirus in America is low,” he stated.

On Friday Takano restated the CDC’s federal quarantine order at March Air Reserve Base for the U.S. citizens who were repatriated from Wuhan, China. Re-emphasizing, “The CDC made it clear that this serious action was taken out of an abundance of caution based on scientific evidence as new details from China and new evidence suggesting the potential asymptomatic spread of the virus emerge.”

This federal quarantine will require all passengers who traveled from Wuhan, China to be under observation at March Air Reserve Base for 14 days beginning from the date when the flight departed Wuhan. According to the CDC, this quarantine order offers the greatest level of prevention and will help mitigate any potential impact of the virus in the United States.

Takano added, “My top concern is the health and safety of our community and employees and personnel at March Air Reserve Base. After speaking with medical professionals, I believe that this quarantine order will help protect our community in Riverside County and the repatriated individuals, their families, and their communities.”

Riverside County Public Health Officer Dr. Cameron Kaiser said, “Once we were informed of the possibility the flight would arrive at March, we began a collaborative process for a plan to protect the health and well-being of the passengers and the residents of Riverside County. The screening process will be very thorough and ensure these people can get back home and not put anyone at risk.”

Also, workers erected three large tents at March ARB in preparation of any planes that could not land at their primary or secondary destinations this week Takano explained in a separate press release. He further noted how these tents would only be used for medical screening for passengers if their planes were diverted. Because of the time involved in constructing the tents, officials decided to have them in place in case any planes were unexpectedly diverted to March.

In their letter to Barrett on Saturday, Takano and Torres raised some concerning questions. Among them:

• Does March Air Reserve Base have sufficient capacity to absorb these additional individuals? HHS has indicated in recent discussions that March ARB has a total capacity of 300 individuals and thus other sites are being considered for the repatriation of U.S. Citizens

• What precautions are being taken at March Air Reserve Base to prevent the spread of coronavirus within March and the surrounding community?

“As we continue to learn more,” Takano said last week, “I encourage members of our community to remain calm. No cases of coronavirus have been detected in Riverside County and the health of the individuals under quarantine is being closely monitored. I will relay any new updates as I receive them.”

As of Monday, February 3, 2020 there were eleven (11) confirmed cases of the Coronavirus in the U.S. Six of the 11 cases were confirmed in the California Counties of Los Angeles, Orange, San Benito, and Santa Clara Counties.

Other than the March Air Reserve Base, four military bases nationwide were chosen to house up to 1,000 people who may require quarantine following overseas travel in China going forward.

Non-U.S. citizens are currently restricted from entering the United States if they have visited mainland China within the last two weeks.

In addition, explained Takano, “The Deputy Secretary for Homeland Security Ken Cuccinelli discussed measures being taken at 11 domestic airports, which will used to funnel passengers traveling from China through heightened screening processes.”

Questions about Coronavirus can be directed to the Riverside County public information line at (951) 358-5134. In San Bernardino County visit http://wp.sbcounty.gov/dph/programs/cds/emerging-diseases/#corona.