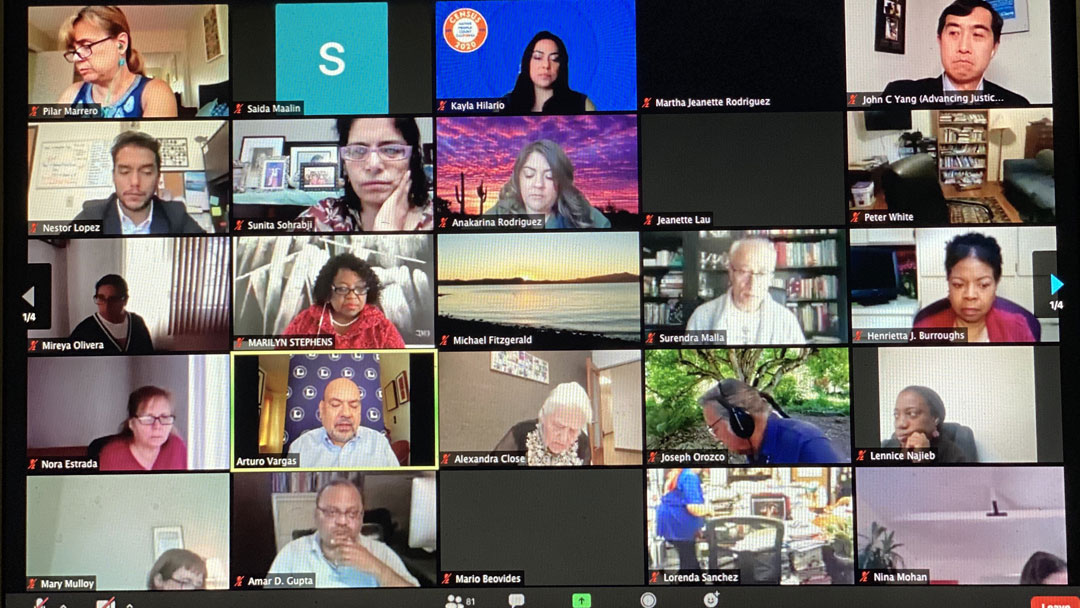 The novel coronavirus and political interference have created unprecedented challenges in gaining an accurate count for the 2020 Census.

The Census Bureau announced a non-response follow up which will take place August 11 by knocking door-to-door for those who have yet to fill out their census form.

On July 24 Ethnic Media Services held a video conference to discuss the census and the Trump Administration’s policy decision to remove undocumented immigrants from being counted which could affect states at risk of being undercounted such as California, Florida and Texas.

“One thing to make clear is the president is not asking for undocumented immigrants to not be counted in the Census,” said Arturo Vargas, executive director of the National Association of Latino Elected Officials (NALEO).

According to Vargas the policy memo is asking for the Department of Commerce to remove from the count of every state a certain number of persons believed to be undocumented immigrants after the census is completed.

“The only way to do that will be to use some sort of estimates or sampling of populations in order to determine how many persons in each state is an undocumented immigrant,” Vargas said. “This is extremely imprecise, this amounts to nothing but cooking the numbers.”

According to Pew Research, removing undocumented immigrants from the 2020 Census could mean Texas and Florida would lose a congressional seat and California could lose up to two seats.

“37% of American households have yet to respond to the census and the only way they will be counted is if they answer the knock on the door for the non-response follow up,” Vargas said.

Gathering an accurate census count can benefit resources and funding for local communities. Those required by law to fill out the form is everyone who is living in the United States and the five U.S. territories. Wherever you are living as of April 1, 2020 is where you should count yourself.

“Look in the mirror and say ‘Do our census numbers support our needs?’ so the ten minutes you take to complete the form will assure your fair share over the next ten years,” said Marilyn B. Stewart, assistant regional manager for the Southern District, US Census.

According to Stewart, in order to count you must be counted. The message the Census Bureau wanted to stress is the importance of everyone avoiding the knock by filling out their form today.

Due to the rise of the novel coronavirus, census staff are doing everything they can to protect themselves and citizens from the spread of the pandemic.

“On August 11th we will start the nonresponse followup and that has always been the largest operation in the census, we must account for all households in the nation,” Stewart said. “We will make attempts to contact that household by several means: we will go to neighbors, building managers as proxy interviews but we must account all households especially if they have yet to respond.”

According to John C. Yang, president and executive director of Asian Americans Advancing Justice (AAJC), we need to remind people to participate in the census. He says each and every one of us has an obligation to respond so our communities can get the right resources and how we should not let the presidential memorandum be a distraction from that.

“There are groups like ours and Arturo’s group that are going to make sure the memorandum has no effect in diluting our political power, we need to make sure even during the pandemic we find a way to be counted,” Yang said.

If you have yet to complete your 2020 census form visit https://2020census.gov/en.html.