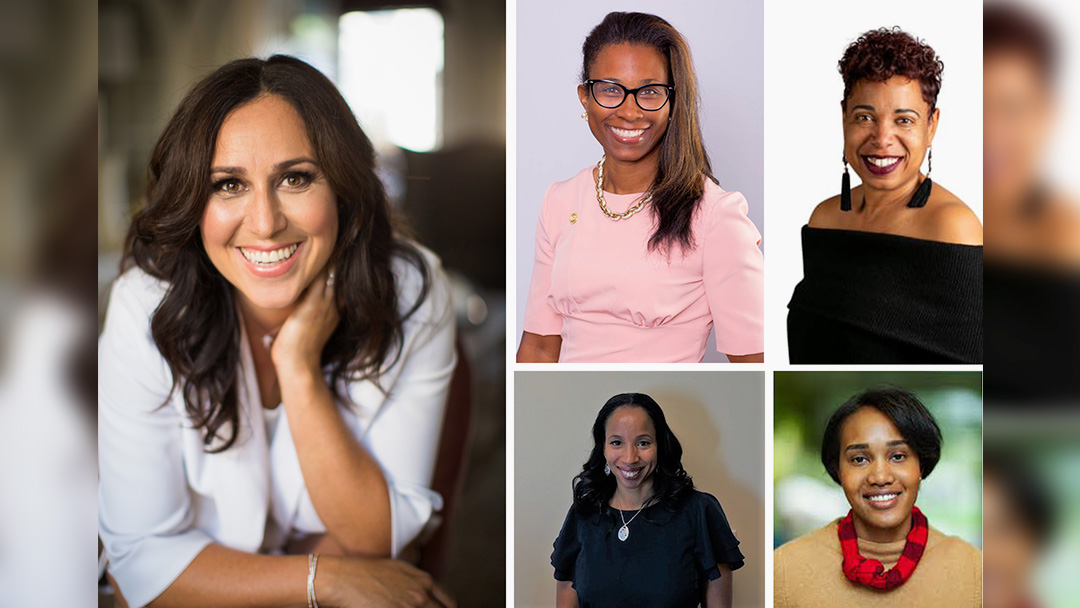 The Society of Extraordinary Women (SOEW) invites the community to an engaging evening of “Empowering Conversations” on Thursday, September 19, 2019 at the Culver Center of the Arts in Riverside, CA. Doors will open at 5:30 p.m. and the conversation will begin at 6:00 p.m. The 5th in SOEW’s Conversation Series, this discussion will feature five of the most dynamic women in their fields, each representing the very best in technology, leadership and entrepreneurship.  The evening’s conversation is designed to encourage and support great endeavors that benefit the spirt of the community. Attendees are certain to be inspired as these powerful women share their stories of overcoming adversities, achieving successes, and the joy of civic engagement and philanthropy. The speakers will include:

Dr. Tamica Smith-Jones Smith-Jones is Director of Intercollegiate Athletics at the University of California, Riverside.  A leading voice on women in sports and minority coaches, Smith Jones serves on multiple NCAA working groups on these important issues which includes serving as an active member of the NCAA Division I Women’s Basketball Committee. In 2017, she was named the Women Leaders in College Sports Division I Administrator of the Year, awarded the 61st Assembly District Woman of Distinction Award by California State Assembly member, Jose Medina, and recognized as one of the 100 Most Influential African Americans in Los Angeles.

Ana Yeager-Lee Yeager-Lee is the owner of Women in Tandem, a lounge and workspace for women to focus, connect and get stuff done. Ana is working to bring a supportive community of women together to help each other make the hard work they are all doing just a little bit easier. A Riverside native she served a decade as a criminal defense attorney specializing in juvenile defense and treatment courts such as Mental Health Court, Drug Court and Girls Court.

Whitney Kotlewski  A Senior User Experience Architect at Esri, Kotlewski’s core responsibilities are to support product teams, for mobile, desktop and web applications, with designs that embrace UX Principals and User Research. A Co-Founder of Black Girls M.A.P.P., her personal research objectives are centered around empowering various members of her local community, specifically young African American students, to impact and improve their own communities by avenue of advanced technology.

Toushonta Hogan  The creator of Scentsational Soaps, an all-natural skincare line for both men and women, Hogan is described as a modern-day Renaissance woman with an entrepreneurial spirit. Hogan’s daughter, Shaiann of Shai’s World, started her own business at the tender age of 10 under her mother’s guidance and leadership. She has been featured on The Real TV show, Teen Boss Magazine, Good Morning Washington and Harry TV. Today, Hogan is the Vice President of Raising A Mogul. The organization provides parents with the tools, knowledge and confidence needed to raise their young moguls to build their own empires.

Nefertiti Long  Chief Operating Officer of Alta Loma Enterprises and Founder of the LaVerne Jones Legacy Fund,  Long currently serves as the Chief Operating Officer for Alta Loma Enterprises and is the Secretary of the Board of Directors for The Community Foundation. She is also one of the founders of Alliance for Black Women Accountants (ABWA), a nonprofit that provides mentoring to young women of color interested in the accounting/finance profession.

During the evening attendees will also learn about how they can be a part of history by joining with SOEW to bring the renowned Tuskegee Airman Exhibit—including an actual C51 fighter jet like those flown by the airmen—to March Air Reserve Base in Riverside.

The historic and celebrated Tuskegee Airmen were the first African American military pilots in the history of the United States Armed Forces and SOEW is proud to be a part of preserving and honoring their legacy. If you would like to help sponsor the exhibit email SOEW at shirleycoates@soew.org or call (951) 289-9535.  “This will be an evening of inspiration and motivation as we share in the strength of the human spirit to rise above triumph, and thrive,” said Shirley Coates, President of the Society of Extraordinary Women.

SOEW will also share news about the expansion of the organization’s Ignite Leadership and STEM (Saturday) Academy. This one-of-a-kind program teaches middle school girls’ practical application of GIS Technology and includes a Civil Aviation component where the girls learn how to fly and obtain a pilot’s license.

Virginia Blumenthal of Riverside’s Blumenthal Law Offices will serve as the evenings Mistress of Ceremonies. Blumenthal has practiced criminal defense law in Riverside for more than 40 years and was named one of the Top 100 Trial Lawyers in the United States by The National Trial Lawyers. Additionally, she has been selected by her peers again in 2019 for inclusion in The Best Lawyers in America, an honor she has held for more than 30 years. The Culver Center of the Arts is located at 3834 Main St, Riverside. Doors open at 5:30 p.m. and you must RSVP to attend as space is limited.

Please register at https://www.californiasocietyofextraordinarywomen.org or call (951) 289-9535.   About the Conversational Series The series is designed to bring together community leaders, professional, educators, and technologists across cultures to share ideas and innovations that impact their communities and the world. This will expose more of our community to the benefits of collaboration in education, the arts, and technology. There is no charge to attend this event.  However, there will be an opportunity for attendees to donate to SOEW’s programs such as the Ignite Leadership Academy for Girls, and the Tuskegee Airman Exhibit.    The Society of Extraordinary Women Inc. is a non-profit organization of dedicated professionals committed to making a difference in the lives of young girls, closing the academic and gender gap for girls and young women of color and making a positive impact our community.