Emergency at Riverside’s Magnolia Rehabilitation and Nursing Center Don’t Ask Officials Why the Clients Were Evacuated; Ask Them Why They Weren’t Evacuated Sooner? 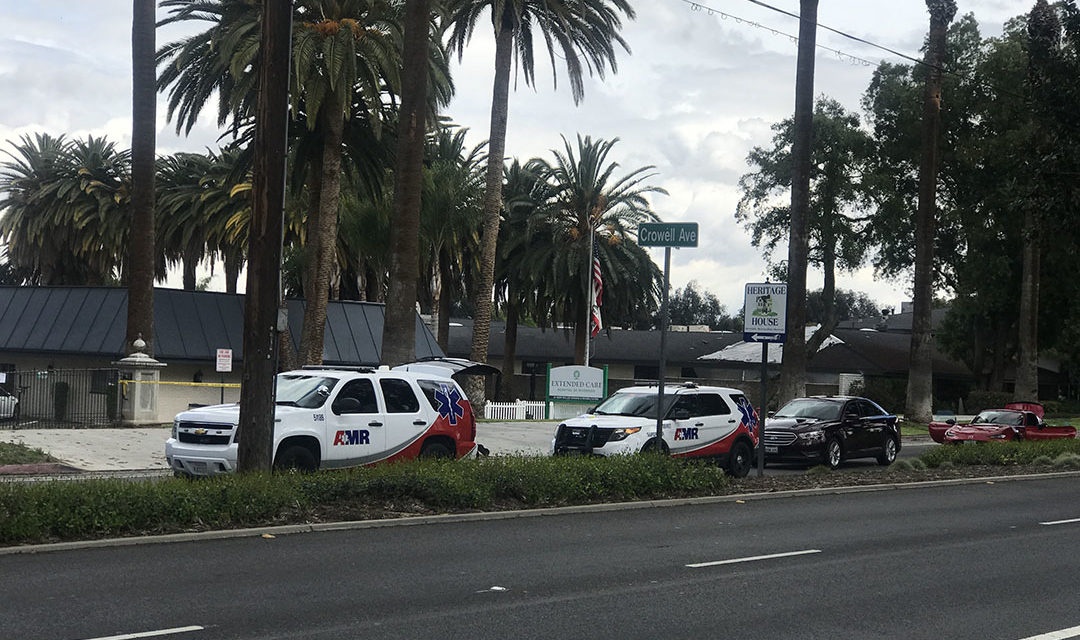 “Such facilities with a “yo-yo” or “in and out” compliance history, rarely address underlying systemic problems that give rise to repeated cycles of serious deficiencies, which pose risks to residents’ health and safety.”

It created quite a stir across the region Wednesday morning when news broke patients were being evacuated from the Magnolia Rehabilitation and Nursing Center in Riverside.

A total of 84 patients were relocated from the facility to other care centers in the county including 43 patients relocated to facilities in Palm Desert and Indio.

It appeared county officials had little option other than to relocate the clients after 34 patients and five staff at the Magnolia Rehabilitation Center tested positive for COVID-19; and employees of the facility did not report to work two days in a row.

Jose Arballo Jr. Riverside’s Senior Public Information Specialist shared how only one certified nursing assistant of the 13 scheduled to work at the care facility reported for duty. As a result, although the Riverside University Health System and Kaiser Permanente sent a combined, 33 licensed vocational and registered nurses to the site to care for the residents—additional staffing demands required the patients be moved.

Why the facility’s employees were absent remains unclear; however, there are pressing issues that should be disclosed about this facility, in hopes of placing a spotlight on what has occurred at this “for-profit” care center that participates in both Medicaid and Medicare.

The Magnolia Rehabilitation and Nursing Center (MRNC) is a medium facility with 120 beds. Although its website lists it as family owned and operated, Medicare records MRNC as “for-profit” and corporately owned. A quick search of the Secretary of State database did not provide any additional clarity regarding ownership.

However, a review of the Health Inspection Violations (for the ‘Cycle ending February 14, 2019’) by the Centers for Medicare and Medicaid Services—which conducts the health, fire and safety inspections regularly—shows a disturbing history of violations at MRNC in recent years.

The report details how well facilities like MRNC meet healthcare and safety standards including for food preparation and other activities. Such inspections are conducted at least every 15 months and includes results of consumer complaint investigations.

The facility was cited no less than 26 times in 2019 and at least 29 times in 2018 for a total of 55 violations in two years—this includes multiple infractions noted on single visits.

Because of its documented pattern of poor care, MNRC is being closely monitored by Medicare. (Find a complete list of monitored facilities including others in the inland region here).

Of even greater concern is not only was the facility being monitored, its been on the government’s Special Focus Facility (SFF) list for more than eight months.

Medicare’s Special Focus Facility (SFF) list includes nursing homes that have a history of serious quality issues or are included in a special program to stimulate improvements in their quality of care.

The Centers for Medicare & Medicaid Services (CMS) and state agencies inspect nursing homes on a regular basis to determine if they are providing the quality of care that Medicare and Medicaid require to protect and improve residents’ health and safety.

According to the agency, “When nursing homes do not meet CMS’ health care or fire safety standards, these instances are cited as deficiencies, and we require that the problems be corrected. Most nursing homes have some deficiencies, with the average being 6-7 deficiencies per inspection.”

CMS further states, “Although such nursing homes may periodically institute enough improvements to correct problems identified on one inspection, significant problems would often re-surface by the time of the next inspection. Such facilities with a ‘yo-yo’ or ‘in and out’ compliance history rarely address underlying systemic problems that give rise to repeated cycles of serious deficiencies, which pose risks to residents’ health and safety.” Addressing these issues is the goal of the SFF program.

Although the violations cited against the MNRC ranged in their severity, considering the current COVID-19 threat to the facility’s high-risk residents, such failures appear even more significant. Here a few examples:

On February 14, 2020 the violation noted, “Nursing home has failed to honor the resident’s right to a safe, clean, comfortable and homelike environment, including but not limited to receiving treatment and supports for daily living safely.

The same day the facility was also cited because, “[The] nursing home has failed to assess the resident when there is a significant change in condition.”

Again, on February 14 another violation read, “Nursing home has failed to provide rooms that are at least 80 square feet per resident in multiple rooms and 100 square feet for single resident rooms.”

Although, the owners of MNRC were unavailable for comment, the IE Voice/Black Voice News reached out to the county and asked why officials had not moved to close the facility sooner in light of its history of violations and its being so closely monitored by Medicare as a result; and especially considering the current COVID-19 health crisis that has placed vulnerable seniors  like those at the facility at such high risk.

The initial response offered by Riverside County Public Information Officer Brooke Federico stressed, “Skilled nursing facilities and hospitals are licensed by the state, not by the county.”

When pressed further she qualified that although the facility is privately-owned and licensed by the state, “If there is an imminent threat to the life/safety [of residents], the county steps in to ensure patient care.” This is exactly what the county did on Wednesday.

Asked to comment on what occurred at the Magnolia Rehabilitation and Nursing Center, former Assemblywoman Cheryl Brown who served years as a member, and then Chair, of the Assembly’s Committee on Aging and Long-term Care where she authored key pieces of legislation designed to protect seniors; and who currently serves on the California Commission on Aging stated,  “Like most people, I was shocked when I heard the news that professionals who take an oath to heal, would leave those in their care unattended, however in cases like these there are normally more acute problems with these facilities.” You can always dig deeper and find multiple issues there, she said.

Brown also expressed concern for healthcare workers on the front lines—like those employed at MRNC—who being asked to put their lives on the line, often without the personal protection they should have to keep themselves safe especially considering the threat of COVID-19. “These people could go home and take the virus to their families,” she warned and concluded, “There is something wrong with a system that allows this.”

At least four other facilities in the inland region appear on the CMS Special Focus Facility list. They include the Terracina Post-Acute facility in Redlands that is listed as “showing improvement.”

The other three sites are listed in the same status as MNRC. They include Manocare Health Services in Hemet on the list for two months; the Riverside Post-Acute Care Facility in Riverside on the list for 32 months; and the Sky Harbor Care Center in Yucca Valley which has been listed and monitored for ten months.