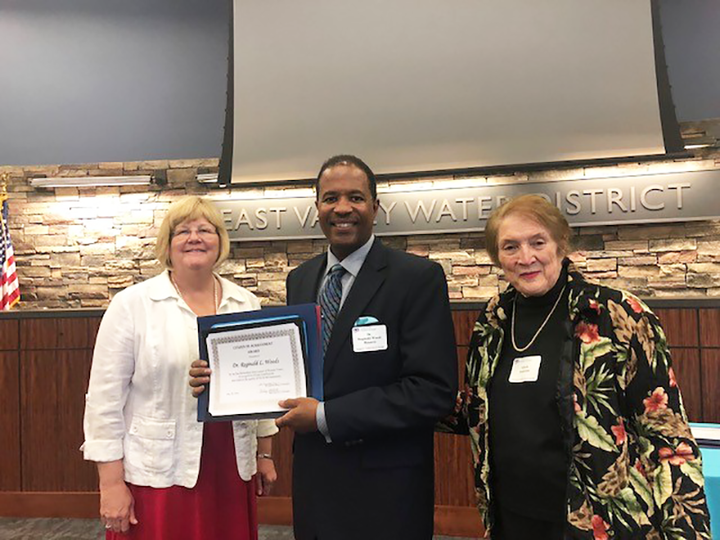 Included among those celebrated at the event was Dr. Reginald Woods, President of the Inland Empire Concerned African American Churches (IECAAC) and Sr. Pastor for Life Changing Ministries. Dr. Woods was presented the 2018 Citizens of Achievement Award.

As president of IECAAC, Dr. Woods currently leads a group of twenty-two local churches/pastors from the inland region formed in the year 2000, to address systematic patterns of abuse and violence to and in the community and in response to hiring practices of the San Bernardino County Sheriff’s Department.    Since its inception, IECAAC has been largely viewed not only as the voice of the African-American community but also the inland community at large.

Each year, the League presents Citizens of Achievement Awards to individuals and groups of volunteers from San Bernardino, who have made a difference in the lives of others, whether in the neighborhoods they live in, the institutions that serve residents, or the environment in addition to those who make the community a better place to live in through their involvement in various other civic and cultural activities.

The San Bernardino League of Women Voters does not support or oppose candidates or political parties. Instead, it works to encourage the informed and active participation of citizens in government and works to  influence public policy through education and advocacy.