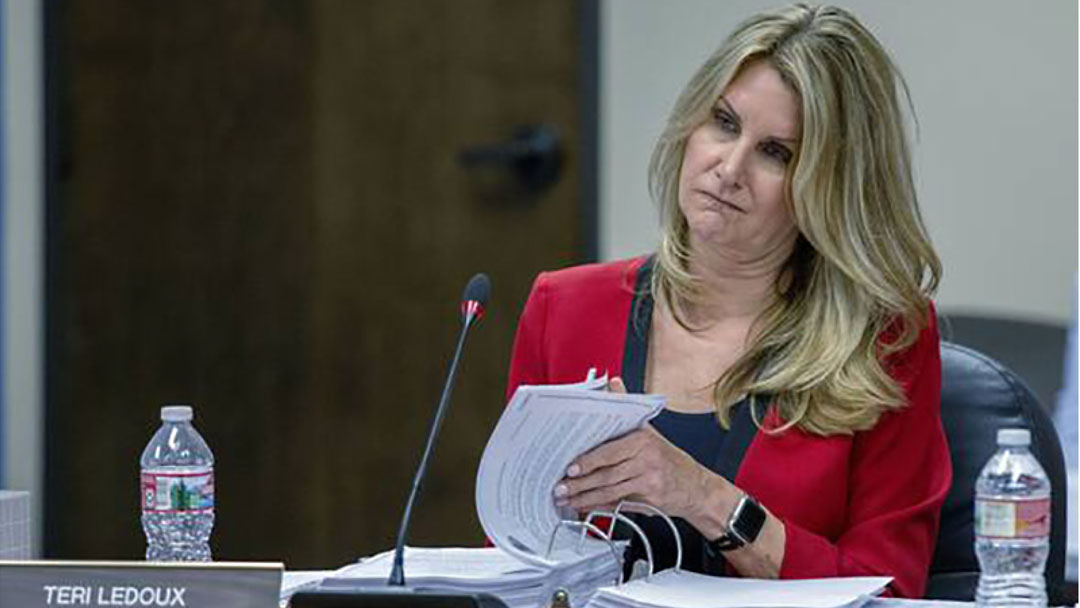 At the July 15th city council meeting in San Bernardino, council members voted to place before its citizens a Measure Z Sales Tax extension. The proposed modification was formalized without informing the citizens of the change.

City manager, Teri Ledoux, has inserted one line in the middle of a paragraph in the original Resolution passed by voters in November of 2007. The line inserted is, “other urgent general fund programs.”

This minor change, if approved, will allow the city to pay the mayor’s legal fees to defend against his sexual harassment complaints; and, pay for former employees’ retiree benefits which total in the millions of dollars.

It will also allow city council members to use these funds to pay for street repairs since they apparently misused gas tax funds designated for this purpose; or anything else the city council conjures up as urgent programs.

“It will be up to the council to say how the money is spent,” Ledoux purportedly said to Councilmember Henry Nickel,

Apparently, Nickel does not know what Measure Z money was supposed to be spent on in the first place. The original language voters approved in 2007 called for revenue from the Measure to be used in specific ways and I quote, “[T]he City should implement a quarter-cent sales tax for 15 years to improve public safety, fund anti-gang and anti- crime operations, and fund supervised after-school youth activities.”

Measure Z made no mention and had nothing to do with retiree pensions, infrastructure or the mayor’s sexual harassment complaints.

Now, they are changing the original language of Measure Z without highlighting or informing the public of the changes. The modified version reads, “The City [sales tax] will go from 7.75 percent to 8 percent. Measure Z would provide the proceeds be used to fund more police officers, anti-gang and anti-crime operations, and the new language, “other urgent general fund programs.”

In my opinion, this is a silent shell game by the city manager because in her presentation, she did not mention this new change or point it out to the council. If I had not smelled a rat in the verbal report made by Ledoux’s assistant, Rebekah Kramer, I would not have re-read it.

In 2007, the first Measure Z was not passed by the voters to pay for high pensions of retired employees so they can live lavish lifestyles in other communities even though more employees were living in the city at that time.

For the sake of transparency, Councilman Jim Mulvihill pointed out he wanted voters to understand a “huge chunk” of new Measure Z money will go to make old pension payments. Apparently, he remembered the language of the first Measure Z but did not elaborate or explain.

If we support this version of Measure Z, we as poor taxpayers will be expected to pay the excessive costs of unsustainable pension plans. In addition, by supporting the passage of this tax increase, voters will also toss millions of dollars out of the city.

During the same meeting Ledoux also told Councilman Nickel, “It would be left up to the council to strategize on how to spend the money”.

In my opinion, this is a recipe for misuse and bankruptcy, if I ever heard one. Apparently. Nickel did not read the original 2007 Resolution prepared by the mayor and council; nor any of the earlier audits on Measure Z prepared by the auditing firm Rogers, Anderson, Malody & Scott. The language in the Measure clearly spelled out to the voters exactly how the money was to be spent before they ever cast a ballot and since it took effect, auditors have affirmed whether the money was spent accordingly. 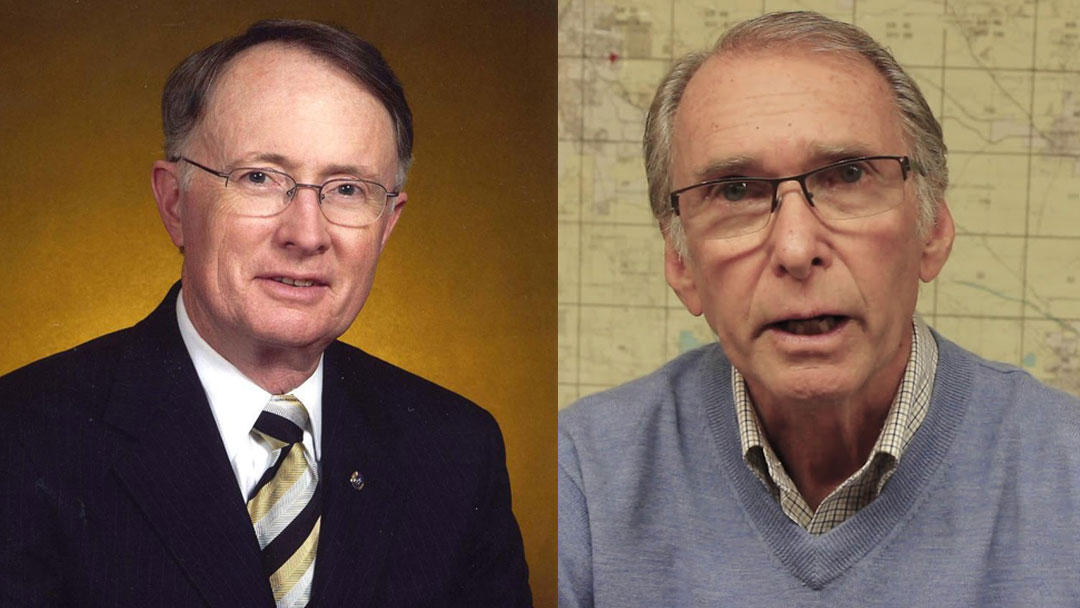 I like what Councilman Fred Shorett said when he followed up with these comments, “I do not support raising taxes, in part, because previous and current council members have not proven to be good stewards of taxpayers’ money. I don’t support the idea of taxing people until we, as an organization, can provide better results with the money we already have.”

Shorett went on to say the city does not create jobs; we create the public environment for private industry to create jobs with business development.

Over the past year this is the kind of public image and unprofessional environment this council has created:

San Bernardino City Council has committed an additional $18,000 to an independent investigation into sexual harassment and hostile workplace claims against Mayor John Valdivia three weeks after refusing to fork over $30,000 to complete the ongoing probe.

Three former city employees have filed claims with the city accusing Valdivia of belittling, berating, and subjecting them to offensive and graphic sexual comments and innuendos while working in the Mayor’s office.

Following robust discussion on June 17, on a handful of proposed lease agreements, Councilman Jim Mulvihill, who opposed the plan to vacate the eighth floor, told Councilman Theodore Sanchez to “Go to hell. F—— a——” after Sanchez offered to help him move. “This is not a … joke,” Mulvihill continued, using another expletive. “We’ve gone through this before and it’s hell.”

The mayor makes $8,909 a month or $106,908 per year, which is more than enough for him to pay his own legal fees since it was his own personal behavior that caused his problem.

I have counted over 55 negative articles in the Sun about Valdivia alone since he became mayor. Now, is this the kind of leadership we want to give more money too? I have not even mentioned the articles regarding high salaries of the police chief and city manager receiving 3.9 percent rises during a budget cut crisis.

All of this money leaves the city and most of those who hold these positions will not pay any of the taxes they want the poor citizens to pay.

Why do I say this? Because, 93 percent of San Bernardino police officers do not live in the city and 71 percent of the other city employees live outside of the city as well.

Also, none of the city’s managers live in the city either and to add insult to this situation, because of systemic racism, to my knowledge none of the managers are Hispanic or Black. During the recent uprising, the mayor made a statement regarding how he wanted to root racism out of the city. Now, he has a chance to do so.

From what I have been able to piece together, Ledoux is retiring at the end of the year. She is hiring and promoting people into key positions right now that will keep the city with a White management staff consisting of people who do not live  in the city.

I am urging the mayor and council to ask her for a report of recent hires to determine the connection with the City of Hemet where Police Chief Eric McBride lives, as well as the Ledoux-promoted daughter of retired Police Chief Jarrod Burguan.

Councilmembers, as elected officials, have sold their constituents out to people who do not live here and will not pay the increased taxes. However, they appear willing to burden constituents with more taxes that will not benefit them.

I further suspect nepotism is running rampant in the police department based on the number of officers with the same last name.

We are a city that is 13.7 percent Black, 4 percent Asian, 64.5 percent Hispanic and 17.6 percent White. The median household income is $40,276 annually compared to $56,124 nationally. San Bernardino has a poverty rate of 39.6 percent and 21.4 percent of the city’s residents rely on Social Security as their only source of income. So, we cannot afford any new taxes.

I join councilman Shorett. I cannot support or ask any citizen to support this ballot Measure to increase taxes. In my humble opinion, this is a conniving incompetent staff and a naive city council that would squander the money on the mayor’s personal sexual harassment lawsuits and pay millions in back retirement payments to people who do not live in the city. It is a shell game the city manager has presented to the council.