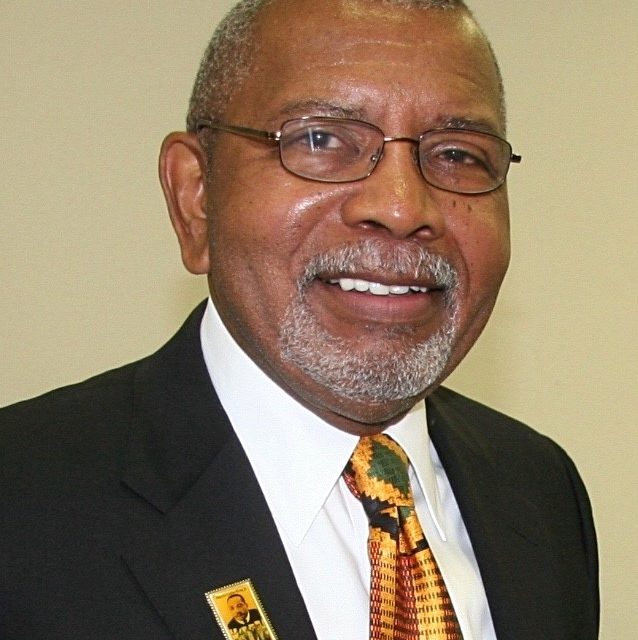 When Don Griggs was installed as president of Westside Action Group and re-elected president in 1980, over 400 people came out to witness his installation, he began his speech with this comment, “During these times of economic stress, political uncertainty, high unemployment and mounting world tension, we find ourselves in the midst of the biggest fight of our lives, the fight for survival. As we Blacks struggle to survive, we need to take a cold hard look at our political and economic condition.”

This statement is why he continued to fight the good fight up until his death forty years later on Friday night July 17, 2020. 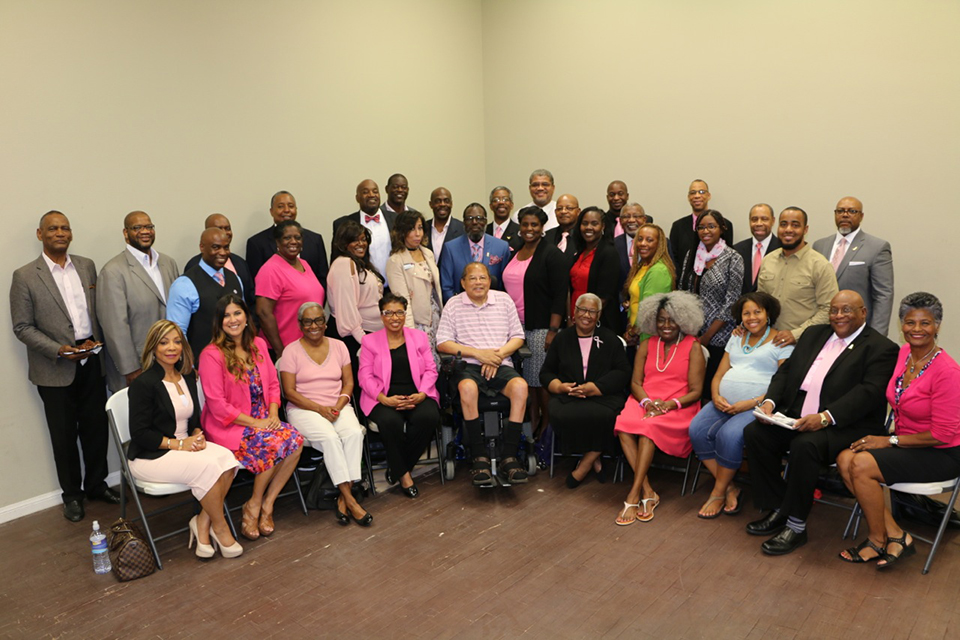 We became friends back in 1965 while working at Edison. I did not know that we were neighbors living in California Gardens on the Westside of San Bernardino. Oliver Roemer, Eastern Division Manager of Edison had asked me to be a scoutmaster of a defunct Boy Scout Troop at Muscott Elementary School.

I soon learned I needed help, so I recruited a few of my new-found friends at Edison to be Neighborhood Commissioners. They included Don Griggs, Al Yzaguirre, Pete Baeza, Frank Palomino, Ruben Amador and Morris Antwine, a California Highway Patrol Officer—all of us were from the Westside.

I did not know it at the time, but these guys gave me credit for opening the door for them being hired at Edison. Don shared this with me later in our friendship.

With Don’s support we advocated and were successful at getting the Arrowhead Council of Boy Scouts to hire Blacks and Latinos on staff. We used the leverage of Edison being a major contributor to the United Way who funded the scouting program. As a result, Richard Mosley was hired as the first African American Boy Scout Executive on staff, followed by William Parker.

During those years, Edison was a little slow in promoting Blacks to management, at least Don and I thought so. I became a little impatient, so when I had the opportunity to leave and go to Kaiser, I took it and told Don of my move.

Don asked me to tell Edison about our concerns of discrimination in the region eventhough Division Manager Oliver P. Roemer and District Manager Allen Yauchzee were doing a great job.

After I secured my position at Kaiser, I kept my agreement with Don and sent a six-page letter to G. E. Walcott, Vice President of Customer Service at Edison,  detailing the many incidents of racial discrimination that I knew of. This letter, with documented evidence, forced a meeting with the Black employees of the Eastern Division and top management from the utility’s Rosemead office. 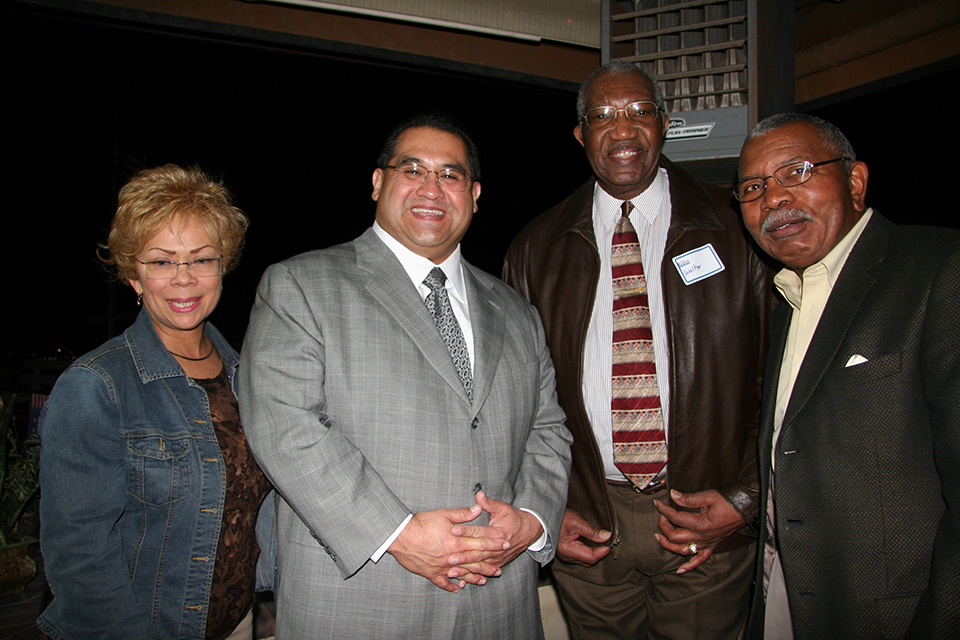 They met at Geri’s Velvet Lounge on Mt. Vernon after working hours. As a result of that meeting, Don became Edison’s first District Office Manager and other Black employees like Leonard Jacks and Pete Baeza were promoted, and Frank Palomino became a supervisor.

Like me, Don later left Edison to become his own boss and opened Irv Silvers, a men’s clothing store in Riverside and later opened his second store in San Bernardino. He worked closely with Francis Grice and Wesley Jefferson of Operation Second Chance to secure the small business loans to build his dream of being an entrepreneur.

Meanwhile, Bob Parker, another business owner and president of Westside Action Group (WAG), was looking for someone to take over WAG. With Don being an independent, business-minded person and ex-Marine, it was easy for him to take over as president.

One of the things we had learned at WAG over the years was to speak out on community issues, you had to be free from government influence. Don took on issues like keeping Community Hospital open and on the Westside. 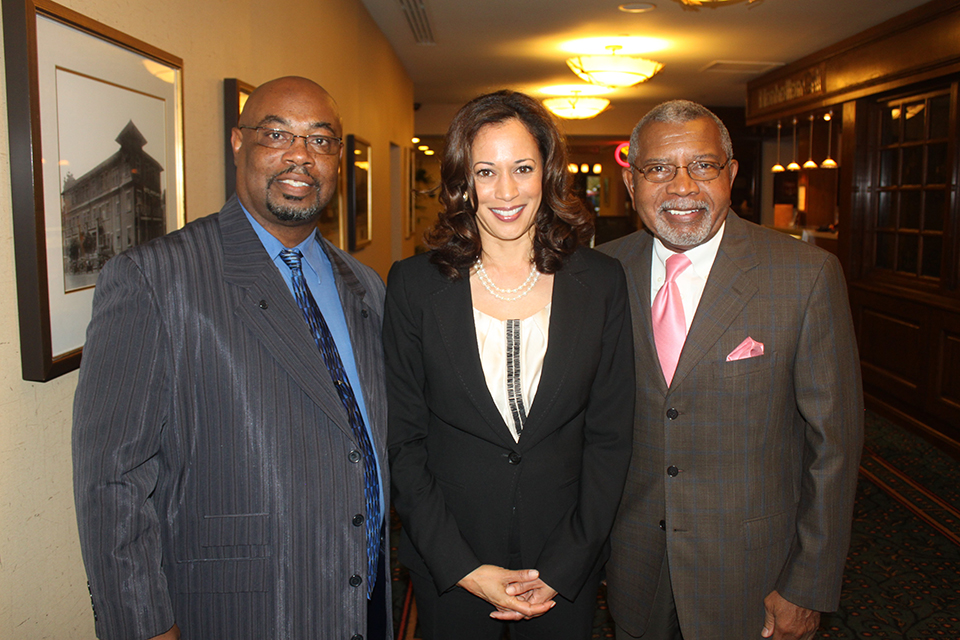 He also knew how to fight racism. As an example, in 1992 he told members of the Lions Club about a community issue that involved some of their members, “It would be interesting to see whom of our so-called business and civic leaders were in attendance and also the companies they represent. Perhaps that will give us the advantage of looking the enemy in the eye prior to feeling the dagger in our backs.”

When Don was re-elected president for his second term over 400 members of the community attended his installation. One of the things everyone remembers is it was a crowd of all racial groups in attendance.

Over the past two years we organized the West Valley Water District Ratepayers Association (WVWD-RPA) and he was selected its president.

Our involvement grew out of a request to assist a Black female employee to keep from losing her job with the water agency. RPA could not prevent her termination, but was able to help her locate a law firm that got her a cash settlement in addition to securing settlements for other employees terminated from WVWD illegally.

While investigating that issue we discovered other violations with potential criminal implications as told to Don in a letter from the San Bernardino County District Attorney’s Office that forced WVWD director Dr. Clifford Young to pay back money to the water district.

Currently there is a case on the District Attorney’s desk involving ratepayers’ money used to pay for a political celebration held at Sierra Lakes in Fontana. The event was to thank campaign workers who supported various WVWD Board members in their 2017 election campaigns. In addition, some of the campaign workers were later hired by board members to work at the water district.

More recently, an official audit of the water agency completed by the California State Auditor confirmed all of Don’s concerns about the Board of Directors and other administrative and fiscal failures at WVWD were warranted.

Don wanted to investigate all those issues and submit our findings to the proper authorities for action. He was always reminding the WVWD Board of Directors, “As a ratepayer, I want to know how and where you are spending my money.”

Like I said, he was a leader of action. As soon as new leadership took over the WVWD Board of Directors including Michael Taylor, Kyle Crowther, Don requested a meeting to discuss the critical issues facing the district. This was the kind of leader he was, not waiting for them to call a meeting, but asking them for a meeting.

To Celeste, his wife of 55 years and their children, I want you to know Don stood tall in the community of leaders as your loving husband and father.

And Celeste, I will miss hearing you say when I call, “Hello?  You want your buddy? Wait a minute . . . Donnie, Hardy’s on the line.”