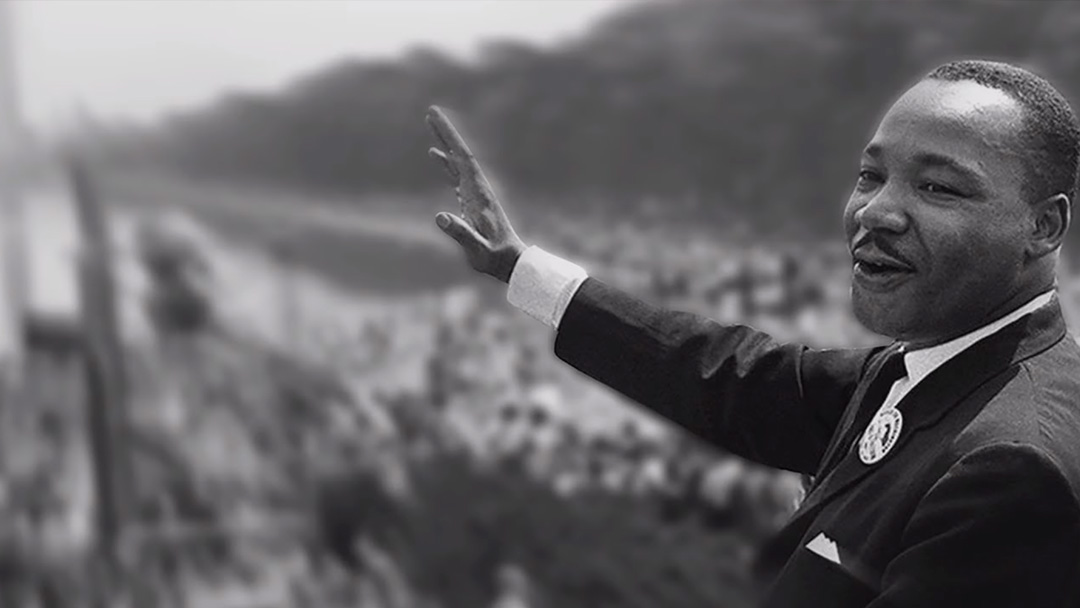 As the inland region once again comes together in community to celebrate the life and contributions of Dr. Marlin Luther King Jr. most remember him above all else, as a man of peace.

Some recall with reverence, images of Martin Luther King, Jr. (MLK) standing before the Lincoln Memorial in 1963 during the peak of the Civil Rights Movement speaking words that will reverberate through history from his “I Have a Dream Speech.”

Over the years and in succeeding generations King’s persona is now largely coalesced into a few oft repeated phrases of love, hope and forgiveness; while his legacy as an organizer, a profound leader of a dynamic movement for change—though highly respected—is largely relegated to history books and parades.

He is heralded as the prophet of non-violence. He held a belief so powerful it moved him into a rare category among those considered truly self-actualized (i.e., doing all he was capable of). And, his teachings of non-violence have inspired movements for freedom and justice the world over.

Among King’s statements most frequently quoted are, “The time is always right to do what is right.” “Darkness cannot drive out darkness; only light can do that.” “Hate cannot drive out hate; only love can do that.” “Injustice anywhere is a threat to justice everywhere.” “Our lives begin to end the day we become silent about things that matter.” “I have decided to stick with love. Hate is too great a burden to bear.” “Faith is taking the first step even when you don’t see the whole staircase.” And, “Forgiveness is not an occasional act; it is a constant attitude.”

This partial list of positive, uplifting quotes would lead one to believe they represent the full catalogue of King’s teachings. Yet, such words reveal only a part of the powerful oratory and written messages of King.

Another line by King frequently quoted is, “We must accept finite disappointment, but never lose infinite hope.” Yes, King spoke all these words, but he also said so much more.

Much of what King taught and spoke about is rarely quoted in mixed company because it is easier for some Americans to embrace his legacy and celebrate a man who spoke most committedly of peace and love. Yet, he was a complex man. Although as a Christian preacher he was a drum major for peace, for truth, for justice and for love, he also never shied away from speaking truth to power as the leader of a people who longed for justice and access to the full rights of citizenship in a nation that continued to deny them this birthright.

“It all boils down to the fact that we must never allow ourselves to become satisfied with unattained goals. We must always maintain a kind of divine discontent.”
– Rev. Dr. Martin Luther King, Jr.

Many believe it was these words—words that rattled the power brokers of America—that made him a target for assassination. Remember, King is the same man who warned us to, “Never forget that everything Hitler did in Germany was legal.”

On a different occasion he stressed, “There are some things so dear, some things so precious, some things so eternally true, that they are worth dying for. And I submit to you that if a man has not discovered something that he will die for, he isn’t fit to live.” King’s life and death were testaments to such commitment.

Born January 15, 1929, had King lived he would be a fragile old man of 91. It is hoped with age he would only have grown more prescient in his wisdom.

Were King alive today few might argue whether he would be an advocate for reparations, consider his comments in 1967, “Again we have deluded ourselves into believing the myth that Capitalism grew and prospered out of the Protestant ethic of hard work and sacrifice. The fact is that capitalism was built on the exploitation and suffering of Black slaves and continues to thrive on the exploitation of the poor—both Black and White, both here and abroad.” How much has changed since his death?

Perhaps one of the more controversial challenges verbalized by King was extended to White Americans whose support he understood the civil rights movement depended on. In 1967 he asked the following series of rhetorical questions: “Why is equality so assiduously avoided? Why does White America delude itself, and how does it rationalize the evil it retains?”

Responding to his own questions King declared, “The majority of White Americans consider themselves sincerely committed to justice for the Negro. They believe that American society is essentially hospitable to fair play and to steady growth toward a middle-class utopia embodying racial harmony. But unfortunately, this is a fantasy of self-deception and comfortable vanity.” Would King think differently today?

Those critical of King might called him communist. “The evils of capitalism are as real as the evils of militarism and evils of racism,” he said. Were King alive today would he be making these same or similar points?

King said, “The problems of racial injustice and economic injustice cannot be solved without a radical redistribution of political and economic power.”  On another occasion he said, “When machines and computers, profit motives and property rights, are considered more important than people, the giant triplets of racism, extreme materialism and militarism are incapable of being conquered.” 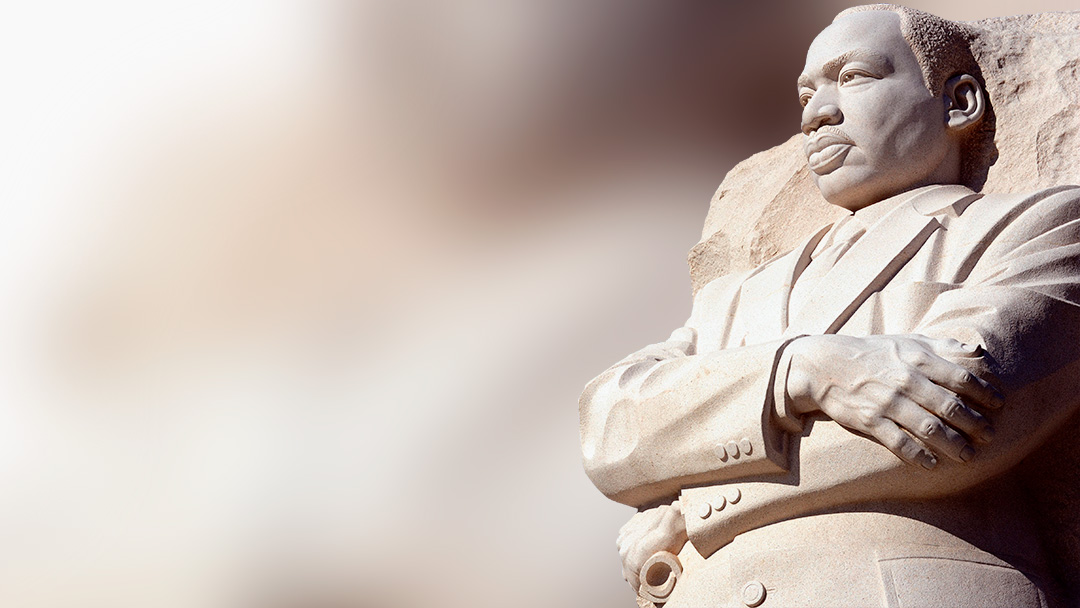 Some have described King as a socialist. By whatever term(s) one chooses to label economic fairness and justice, Black Americans, members of the Latinx and other minority communities—including LGBTQ, women, the working class, the elderly and disabled understand what King meant when he said, “Every step towards the goal of justice requires sacrifice, suffering, and struggle; the tireless exertions and passionate concern of dedicated individuals.” Consider the push to raise the minimum raise; the fight to maintain voter integrity and access to the ballot; the continued quest for access to healthcare; to maintain a woman’s right to choose; and, the list goes on.

The nation has witnessed groups coming together again and again particularly over the last three years in unmitigated efforts to try and “hold on” to the limited progress each group has made during the previous 50 or so years.

All these groups continue to persevere. It is because they understand (either knowingly or unknowingly) the alternative of inaction could yield disastrous and consequential results.  Consider how King completed his previous statement, “Without persistent effort, time itself becomes an ally of the insurgent and primitive forces of irrational emotionalism and social destruction.”

The fight to make Martin Luther King, Jr.’s birthday a national holiday took 15 years. It was a hard-fought victory. As the nation celebrates this holiday it is more important than ever that King the man, not be reduced to a sanitized, more palpable version of who some would make him out to be.

He should be honored in the fullness of who he was. Yes, he was a prince of peace, a priestly-King who preached the word of God and led his followers accordingly. And yes, he was simultaneously a fierce warrior-King who led his people into battle with unwavering determination and unfaltering commitment to nonviolence.

Although President Ronald Reagan signed the bill which made King’s birthday a federal holiday it is well documented Reagan never really believed King deserved it and those who advocated for it faced fierce opposition from both congress and the president in the long years before it passed.

Reagan may have used the King holiday to provide him plausible cover for his horrendous other failures regarding the African Americans as he was no champion of the African American agenda. When Reagan left office the poverty rate among Blacks in the nation was around 31 percent; Black unemployment was double that of Whites during most of his presidency; and when he left office in January 1990 the median household income for Blacks in America was 42 percent below that of Whites.

Later this year we will mark the 52nd anniversary of MLK’s assassination. Not only does King’s work remain incomplete, in recent years African Americans have watched as hard-fought gains made during King’s lifetime are rolled back almost with a sense of urgency. It’s like watching the sand in an hourglass pour in the other direction once turned on its opposite end.

Since his death—and, certainly giving credit and acknowledgment to the success of the Black Lives Matter movement—nothing has reached the pitched level of sustained action or urgency-of-now like the Civil Rights movement of the fifties and sixties.

Were MLK here today would his words resonate with the same intensity? Most believe they would, possibly even more so in the wake of recent political, social and economic developments. King might be quick to remind Americans that we already have all that we need to finish his work if we embrace the power of his legacy and use it right.

“Nonviolence is a powerful and just weapon,” he taught, “which cuts without wounding and ennobles the man who wields it. It is a sword that heals,” King persuaded.

This nation does not have to settle for anything less than the full realization of King’s dream. King’s birthday should not be a day of idle platitudes and meaningless phrases. Yes, it should be a day that reminds us of how far we have come. And yes, it should also be a day that reminds us of all that fueled King’s dream and that the battle he waged in his life to attain it, continues…