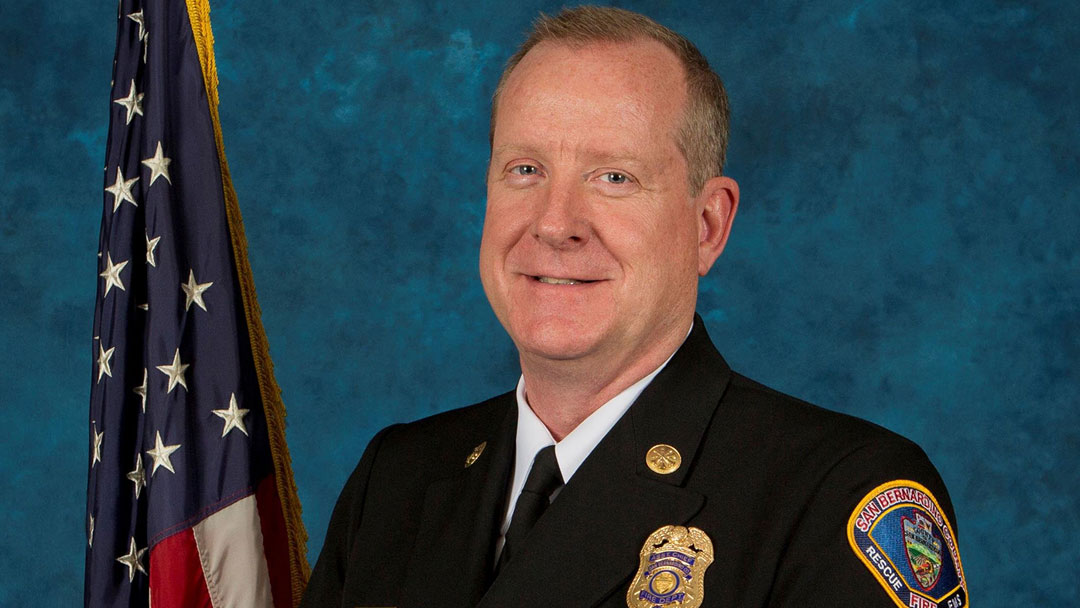 McBride began the announcement by thanking Trapp and all the men and women of the county’s Fire Protection District for their service and leadership during the current period of transition.

Describing Trapp’s service with the fire agency McBride noted how Trapp has served the San Bernardino County Fire Protection District for 29 years, promoting through the ranks in the Valley, Wrightwood, North Desert and Lake Arrowhead areas. Trapp was appointed Deputy Chief of Administration in July 2015 and has served as Deputy Chief of Operations from 2017 to present. “He is responsible for overseeing all fire suppression, emergency medical services, and rescue operations.”

Trapp who also serves on the state Fire-scope Operations Team and as the Operational Area Coordinator became interested in the fire service right out of high school and became a paid-call firefighter for the California Department of Forestry and Fire Protection in Temecula. He began his full-time fire service career with San Bernardino County Fire in 1989 in Fontana.

Throughout his career in County Fire McBride explained, Trapp has remained heavily involved in the communities served by the district. He has served on the Emergency Medical Services committee, and co-chaired both the Operations Leadership Team and the Hiring, Testing & Development committees.

“I am honored to lead such a talented team of men and women who are proud to be serving in their communities,” Trapp said in response to his interim appointment. “Through teamwork and collaboration with our partner agencies and the communities we serve, we will continue efforts towards community risk reduction plans. Looking for ways to reduce operating costs while still providing the highest level of fire, rescue and emergency medical services remains a priority.”