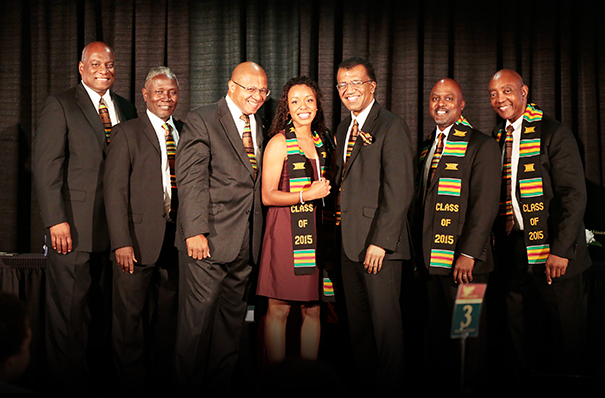 As school districts across the country continue their struggle to close the decades-long, generations- wide African American student achievement gap one district in the Inland Empire has found a way forward and is beating the odds.

The Corona Parents Advisory Group (CPAG), a grassroots coalition of parents, teachers, school administrators and community leaders, have dedicated and committed themselves to mentoring and motivating students to stretch themselves as the way to realize their full potential.

The group’s motto speaks volumes as a touchstone for their demonstrated success in closing the African American Student Achievement gap. “To motivate students to excel, not only in the classroom, but in life, by showing them the possibilities and consequences of their decisions, and to work with the community to provide parents with the resources they need to assist their students throughout the educational process. After all, it takes a village.“

“Do your passion and God will provide the rest,” Mel Campbell explained during an exclusive interview with The Voice. Campbell was asked how the Corona-Norco Unified School District had achieved such unprecedented success in an area where school districts across the country continue to fail.

Campbell, a physics teacher at Santiago High School, has taught for nearly 28 years. With a love for physics his initial career goal was to utilize his expertise working for the National Aeronautics and Space Administration (NASA) as a physics engineer; however, life had different plans for him and that goal shifted unexpectedly during a summer break from college.

“That summer I participated in a ministry program in Pasadena where I taught math skills to 6th graders.” According to Campbell, the experience fueled his passion for teaching and changed the course of his life. During his subsequent pursuit of a master’s degree he laid the foundation and formulated a teaching philosophy he has carried forward all these years. An advocate for community involvement, Campbell believes, “You have to live in the neighborhood where you teach; make visits to your students’ homes; get to know moms and dads.”

Over the years Campbell has taught in schools from the inner city of Los Angeles to the upwardly mobile communities of Santa Monica and Malibu.

The scholastic achievement gap among African American students is an historic issue. Working in the inner city there are lots of obstacles difficult to overcome, lots of barriers to success, Campbell acknowledged. However, “Corona is different,” he explained. “The district has good schools—it is one of the four best school districts in the nation.” As a result, there is a certain expectation of success. However, when Campbell began teaching in the district something troubled him early on, in light of the district’s overall successes, why were the African American students there not performing at the same level as their white counter parts?

From Campbell’s perspective, “It all came down to personal accountability—that we have to own as a community.”

Campbell started teaching at Santiago High in 2001. In 2002, according to Campbell the average Grade Point Average (GPA) of the African American students was 2.36 compared to the overall school GPA of 3 points. As the only African American teacher at the school, Campbell now admits he was embarrassed.

Campbell’s frustration was further exacerbated when the school’s basketball team made it to the play-offs, “Three to four of our starters were ineligible—the coaches should have known,” he shared in frustration.

“That year did a lot for me,” Campbell explained. “It was also the year the Black students approached me to be the advisor for their Black Student Union.“According to Campbell, African American students were five to six percent of the total student population. “I was flattered but of course, I was the only African American teacher at the time,” he smiled. Campbell agreed to take on the responsibility but also admonished the students he would be on their cases academically.

Mindful of his new responsibility Campbell approached the subject of student achievement at one of the traditional meeting places of African American men, the barbershop. It was at the barbershop where the idea for Corona Parent Advisory Group (CPAG) sparked with a conversation between Campbell and Tommie Denson whose son was a student in Campbell’s Physics class.

Original board members included Rory Bass (President), Neal Clark, Tommie Denson, Richard Fields and Mel Campbell. “At the time of formation all of the founding board members had sons attending Santiago High School except me,” Campbell explained and added, “My son and daughter were not students there until 2009 and 2010.”

We started meeting every Tuesday evening and were joined by other Black fathers dealing with the same issue—all of their sons were athletes who had under-performed academically. Our purpose was to determine, “What we could.”

According to Campbell they were not interested in pointing fingers at teachers, schools, etc. Campbell and the other fathers understood and embraced a pivotal concept, “We’ve got to do what we are supposed to be doing. Only after we get ourselves together can we point the finger at someone else whether it’s the coaches, White teachers or Black administrators.” he affirmed. In essence, that was CPAG’s philosophy, ideology—they took personal accountability for the success of African American students at Santiago High School.

At Santiago High School, similar to a lot of other schools, it was not cool to be smart. According to Campbell smart students were considered sell outs. So, Campbell and CPAG decided to change the school’s whole atmosphere. They shifted it to a new paradigm, “If you are not smart, you are not cool.”

How did CPAG achieve such outstanding results? They did it through outreach and involvement. “We wanted to make kids desire to do well,” Campbell explained. They used the Black Student Union forum as a channel. “We brought in guest speakers, doctors, teachers, lawyers, architects, secret service agents.” Once CPAG started the talks they had to feed the students because they found by the time the children got their lunch and made it to the presentation room time had almost run out. “So we gathered funds for that and to sponsor field trips.”At the high school level field trips are taken by atheletes, the band, etc. “We wanted to take the students to places like USC, UCLA, etc. to do that we had to pay for buses,” he said.

CPAG did not ask the school district for a dollar. The fathers in the group said, “This is our responsibility and the principal and administrators supported it. They almost had no choice—they were getting these great results for free.” 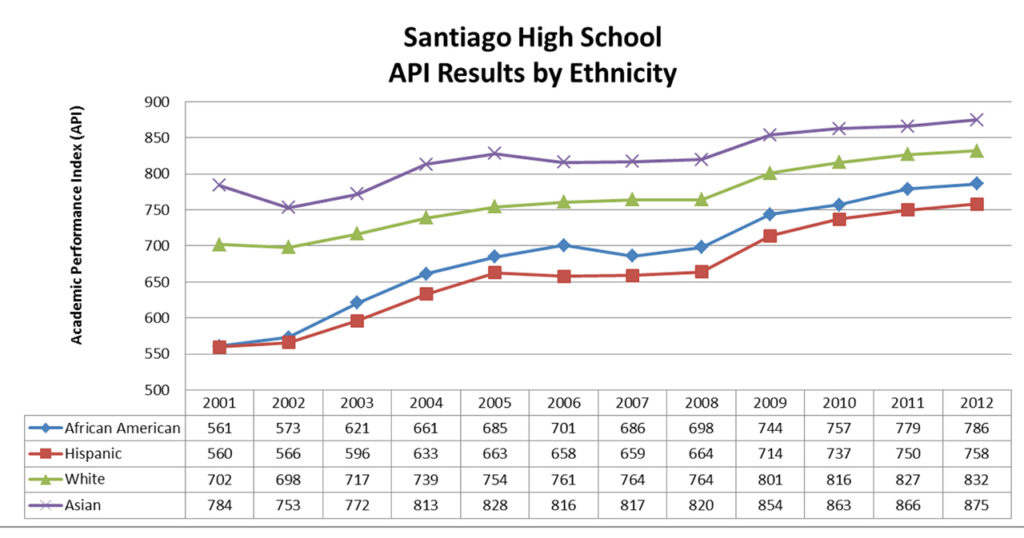 The commitment of CPAG fathers was unwavering. They volunteered to come on campus and with administrative support the fathers acted as mentors. At times troubled students were pulled out of class for a short time by one or another of the mentors and told, “You are better than this.” “You can do better than this.” CPAG volunteers carried this on throughout the years, even today. “It’s us saying to these kids and the community, ‘you are our responsibility it is OK to be smart.’”

Every nine weeks the students’ efforts are rewarded. Campbell explained, “We hand out gift cards to places like Subway, Starbucks, In and Out, etc. We want them to know it pays to do well in school.”

CPAG also hosts a banquet for the students just like the ones held for the sports teams. “The first banquet we handed out scholarships out of our pockets. The affair was held in Fields’ back yard. It had the feel of a family reunion.” This year the group provided five, one thousand dollar scholarships and Apple tablets to the seniors; of course, every participant is recognized.

“We have changed the culture of the school,” Campbell offered enthusiastically, “If you are not a part of this group and have a low GPA you are not the cool one.” Now, all races want to be a part of the Black Student Union.”

Although the school has offered, CPAG still takes its personal responsibility to the students seriously, “It’s our responsibility. We raise our own funds. We write grants. We receive support from the Indian Casinos.” According to Campbell, last year’s budget was almost 30 thousand dollars.

CPAG’s success closing the African American Achievement gap strengthened the results of the Corona-Norco Unified School District overall—their efforts and results received national recognition. For two years in a row the school district was one of four finalists for the national Board Prize that recognizes school systems that increase achievement for all students while narrowing the achievement gap for minority and low-income students. School districts can not apply for the award they must be selected by the foundation.

The Corona-Norco Unified School District appears poised for continued and increased success in this area. Campbell has been tapped to expand the CPAG strategy to high schools throughout the district. He began with Roosevelt High School where he worked with a team of teachers, administrators and parents. This year he moves to another high school that is yet to be determined.

Of CPAG’s original six members who came together in common-cause twelve years ago, although their children are grown, four have remained involved. Campbell believes continuity has allowed the group to achieve such strong results.

Campbell was asked how difficult he expects it will be to get parents involved as the program expands. “We don’t need to solicit every Black parent, this is not a PTA (Parent Teacher Association), he declared. “It only takes a few that are passionate, passionate and committed—give me five parents and we can change a school.”

Campbell added, “A wise woman told me, ‘You don’t have to start with power, only passion’.”