Counting California in the Midst of the COVID-19 Pandemic 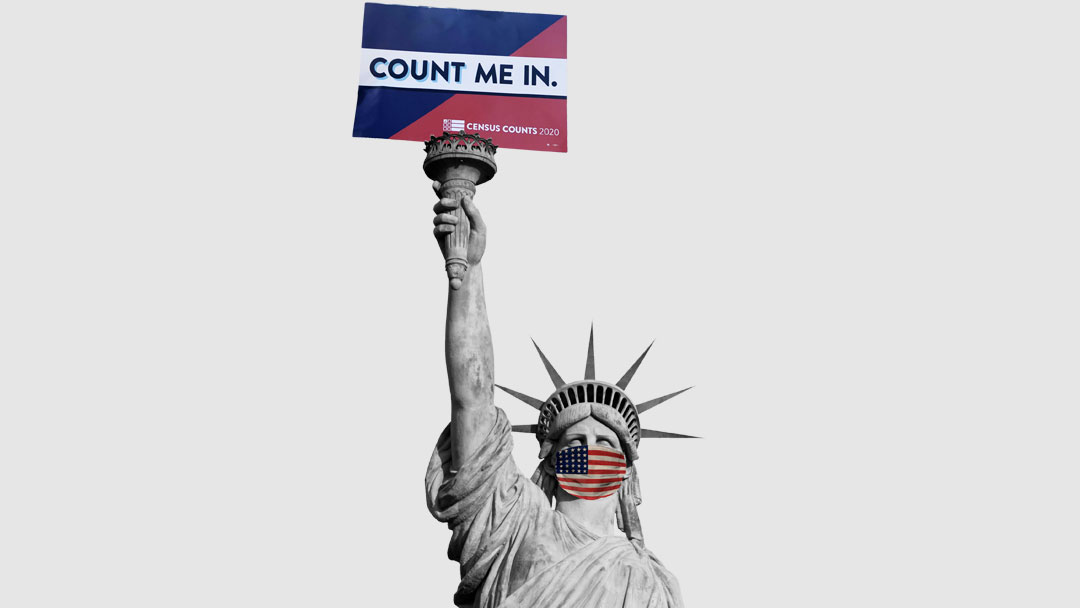 “Census data influences decisions made from Main Street to Wall Street, in Congress and with the Federal Reserve. Not to mention, the American people, who look to and trust the data the government releases on our nation’s unemployment, state of our economy, and health insurance coverage.”

A report by the California Complete Count Initiative—Counting 2010 and Planning for 2020—highlighted how California is the largest and hardest to count state in the nation.

Although ten of the country’s fifty hardest to count counties are in California, the report highlighted how it remains unclear exactly how many Californians were missed in the 2010 Census. However, there are estimates based on the 2000 Census undercount, its impact was significant.

It is probable the state lost more than $100 million per year in federal funding for just eight of the largest federal programs that allocate money to states based on census count data.

In an all-out effort to minimize another significant undercount in 2020, the state of California has allocated millions of dollars in resources in an effort to ensure everyone in the state is counted in 2020—particularly in hard to count communities up and down the state.

The state deployed an aggressive strategy.  However, several planned efforts were upended as a result of the deadly coronavirus that has significantly changed almost everyone’s daily life.

Regardless, those engaged in the 2020 Census effort are not deterred in their mission and have responded nimbly to its threat to the census effort, adjusted plans, and are continuing to do all they can to assure a “complete count.”

Despite these efforts, the U.S. Census Bureau reports, as of April 4, 2020, the response rate in California of 44.2 percent, was running slightly behind the national average of 44.5 percent. Riverside County had a response rate of 42.2 percent and San Bernardino County’s response rate was 40.4 percent for the same period.

Across the inland region, family members, friends and neighbors are doing their part to ensure everyone is counted. Considering the current COVID-19 restrictions on movement and face to face interaction—striving to attain a “complete count” is now more of a herculean effort than ever before.

One Hemet resident, 69-year-old Jennifer Simpson, is doing her part to ensure everyone in her community participates. Simpson, a breast cancer survivor who lives in a multi-generational home and is raising her ten-year-old grandson, said she became engaged in the census effort after a flier was left in her mailbox.

“I applied for a management position,” she explained, “but, I never heard anything [from the Census Bureau].”

Simpson would later learn someone associated with her daughter’s church—Bread of Life—in Hemet, had secured a grant to employ individuals to assist in the 2020 Census effort. When she learned of this, she welcomed the opportunity to participate.

In the beginning, they were assigned to put up posters about the census in strip malls and other sites in the area reminding people the 2020 Census was coming April 1st; and encouraging them to participate and respond to it.  They also set up tables in front of places in strip malls, like Walmart and gym facilities. It provided an opportunity for them to talk with people one on one about the coming Census, letting them know its official launch date was April 1st.

“At the gym, everybody stopped and listened—not so much at Walmart,” she said. “People entering there seemed more focused on their shopping. Maybe it was the hours we set-up there,” she reflected. “Maybe midday was not the best time; people were probably on their lunch hours and rushing to get back to work.”

Surprisingly, according to Simpson, she expected many in the Hispanic community would be reluctant to hear her message about the census (due to lingering concerns over the president’s failed effort to include a citizenship question on the questionnaire, in addition to the ongoing impact of his aggressive ICE activities). Yet, she found them to be open, interested and willing to participate in the process.

She also commented how some in the Asian community appeared a little less trusting of the process. Overall, however, most people she interacted with about the 2020 Census appeared genuinely interested and committed to participate.

On Wednesday, March 18th, field operations were officially suspended due to growing health and safety concerns of census workers as well as the general public in response to the spreading virus.

Now, due to the need for social distancing, “We are making calls from home. I’m working 10 hours per week,” she explained.

Describing the process, Simpson said she logs on to a website and inbound calls are automatically directed to her phone line. “I work two hours a day, five days a week, Monday through Friday,” she qualified.

She completes about a hundred calls each session and reaches about 30 people live. “I do get one or two negative calls a day and sometimes people even hang up in my face and I get a lot of no answers,” she detailed. Commenting about those she does speak with, Simpson added, “I find people are more in tune to the census, wanting to know what it’s about, and willing to complete it, than those who don’t.”

Often, people do have questions she noted. “Some people don’t seem to know what the census is, so I explain it to them from a script I use. I tell them how every 10 years every person in our country must be counted. I tell them how [our community] including Hemet and San Jacinto, has the lowest response rate in California and how we must get our people to get counted so our community can get more funding for the things that we need like senior facilities, centers for our teens, parks, funding for healthcare, money for our schools, to repair our roads—so we must be counted.” Simpson said she finds when people understand the importance of the 2020 Census, they commit to participating.

In describing her own experience with the census over the years, Simpson openly acknowledged, “I was never tuned in to it before. I never remember a census person even coming to my home.”

All of that changed this year, however, as she came to realize and appreciate its significance. “Now that I understand how important it is,” she stressed, “I am really passionate about getting people involved.” So much so, she admitted, “Sometimes, if they hang up on me, I will try dialing them back.”

Simpson was enthusiastic about the part she is playing in working to ensure a complete count of her community. “I like being involved,” she admitted enthusiastically. “I feel it’s a good thing I’m doing. When we were interacting [in person] in the strip malls, we met so many wonderful people, but the virus changed all that.”

She continued, “I can’t stress enough how important this is because our community—Hemet—has nothing, like a center for example for the young people, especially the teens.”

“It’s a good thing I’m doing,” she stated proudly. “When I’m sitting here making calls, I feel energetic. I always try to beat my goals—sometimes, I even squeeze in a few extra calls when my two hours are up.”

Commitments to the effort like those embraced by Simpson, are making a difference as California continues working to improve its response rate.

Late last month, the U.S. Census Bureau announced it was delaying the deadline for completing the census process to mid-August.

Everyone is encouraged to complete and respond to the census as early as possible, remembering it is important for everyone in your community, and the state, to be counted.