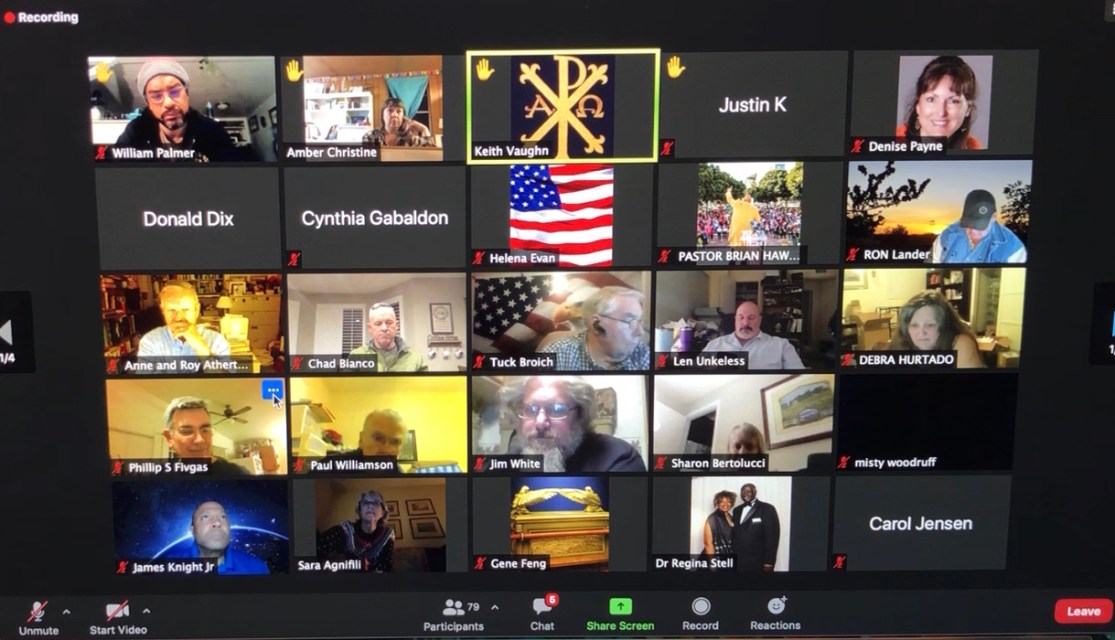 A battle of wills challenged attendees of a Republican Town Hall meeting on their ideology of slavery and involuntary servitude.

Former Assemblymember now Senator  Sydney Kamlager, D-Los Angeles, presented the bill in early March. According to Kamlager, the bill exclusively focuses on removing all vestiges of slavery from the California state constitution.

The town hall featured a Q&A session where William Palmer, Communications Policy Fellow for Legal Services for Prisoners with Children, debunked allegations raised by conservative Republicans regarding this legislation.

“There are over 200 people in this Town Hall,” Palmer declared in the chat. “Look at the make up. Look at who’s doing all the talking. When are you going to listen to others’ points of view? As long as you stay in your bubble you’ll always believe this narrative.”

The Riverside County Board of Supervisors introduced a resolution supporting the bill early last month. However, the supervisors postponed the item for the third time for revisions in response to aggressive opposition during public comments. Many of the comments were offered by members of the East Valley Republican Women Federated. They appeared to be cut and pasted from a single source document.

Chad Bianco, Riverside Sheriff-Coroner calls the amendment an act to defund the police. He said there is absolutely no way he would pay a criminal to work. Further revealing the current budget allocates $45,000 a year for prison labor.

“They get a small payment, I mean it is very small, it’s $3.50 a week for us,” Bianco said. “But it’s something extra that goes into their canteen fund, their commissary fund, and the benefit to them is not being confined to a cell.”

Palmer highlighted how removing racist rhetoric from the Constitution would not eliminate prison work and rehabilitative programs. He redirected the issue back to humanizing the incarcerated community. By removing involuntary servitude, he emphasized the goal is not to open the prison and let everybody out.

“Those who want to truly come out and be different people, do not need force and hardship, they need understanding,” Palmer said. “They need someone to talk their language and give them a second chance, and in some cases a first chance in society to succeed — you cannot disagree that there are laws and policies in place right now that stop people from succeeding in society.”

Jim White, an attendee of the event, agreed that convicted criminals are deprived of many of their rights, including voting rights. He indicated afterward, however, that their positive participation in society should be promoted.

“To continue indefinitely to deprive them of rights upon release is counterproductive,” White responded in the Zoom chat. “How do you encourage positive civic participation from someone convicted of a misdemeanor and permanently deprived of rights?”

Bianco believes recent propositions have made people “soft on crime” — Proposition 47, which reclassified certain theft and drug possession offenses from felonies to misdemeanors, and Proposition 57 which moved up parole consideration of nonviolent offenders who demonstrate that their release to the community would not pose an unreasonable risk of violence to the community.

“Since the passage of those bills and that criminal reform from our legislature, we have no more teeth in certain crimes,” he said.

Bianco also stated the sheriff’s department is “stat-driven” and blames decriminalization for the lowered crime rates. He believes crime rates are still spiking, but since the proposition had changed a felony to a misdemeanor, such as petty theft or drug possession, statistics have dropped.

“We’re trying to generate that momentum and change the narrative to say, ‘you need to call us,’” Bianco said. “We’re stat-driven. We respond to statistics. So we need those people calling in when something happens.”

Palmer emphasized that using involuntary servitude as a tool will impact everyone in the community.