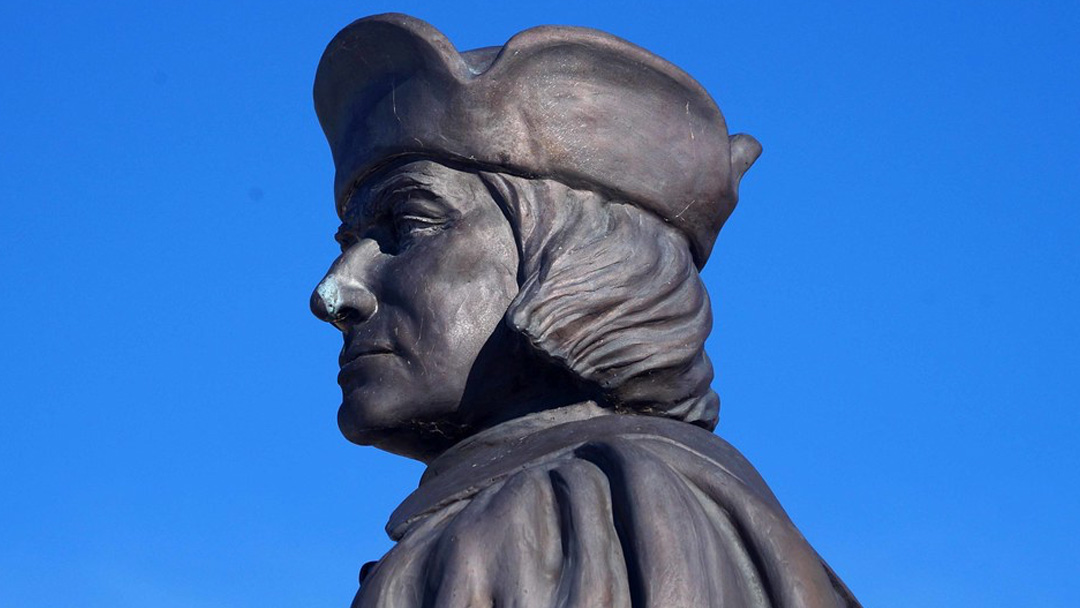 SACRAMENTO, Calif. (AP) — Crews carried out a statue of Christopher Columbus from the center of the California Capitol rotunda on Tuesday, three weeks after legislative leaders announced it would be removed.

It’s the latest statue of Columbus and other colonial figures to be toppled or taken down in the U.S. and beyond, following the uproar over racism after the police killing of George Floyd in Minneapolis. Baltimore protesters threw a statue of the Italian navigator into the city’s harbor last Saturday.

The depiction of Columbus appealing to Queen Isabella I, who financed his voyage to the New World in 1492 that set off European colonization of the Americas and the deaths of native people, had been displayed inside the capitol building since 1883.

“We can’t right the wrongs of our past, but we can recognize them and commit to building a more equitable, just future for all,” Gov. Gavin Newsom said in a tweet. “This move is symbolic — but an important recognition of that promise.”

Legislators decided to remove the statue “given the deadly impact his arrival in this hemisphere had on indigenous populations,” said a joint statement from Senate Pro Tempore Toni Atkins, Assembly Speaker Anthony Rendon and Assembly Rules Committee chair Ken Cooley in June, when the decision was announced.

The California capitol building closed Monday after an outbreak of the coronavirus, with one assemblywoman and four staff members testing positive for COVID-19. The speaker’s office said the building will remain closed until further notice for “cleaning and sanitizing.”

In the 1970s, the Columbus statue was temporarily removed during a renovation of the capitol. Some Native American and Latino groups advocated at the time to scrap it for good, but it was returned.

The statue was a gift from Darius Ogden Mills, a banker who had advocated for California’s capitol to be built in Sacramento.