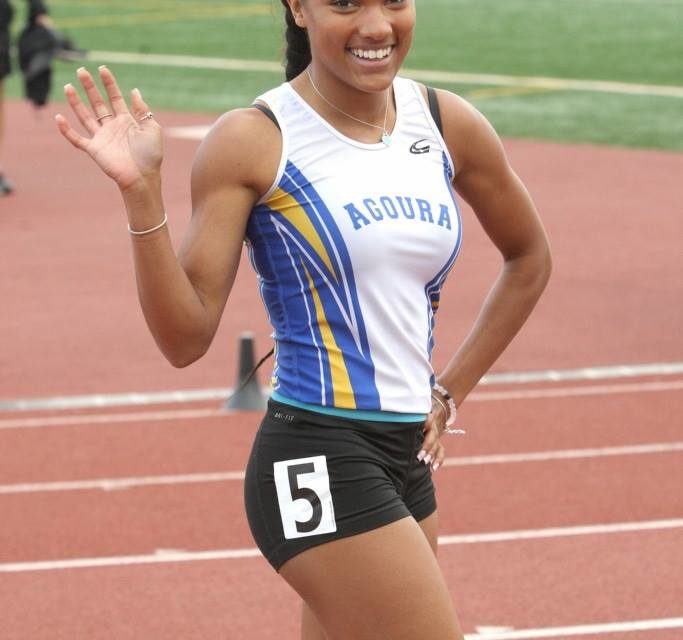 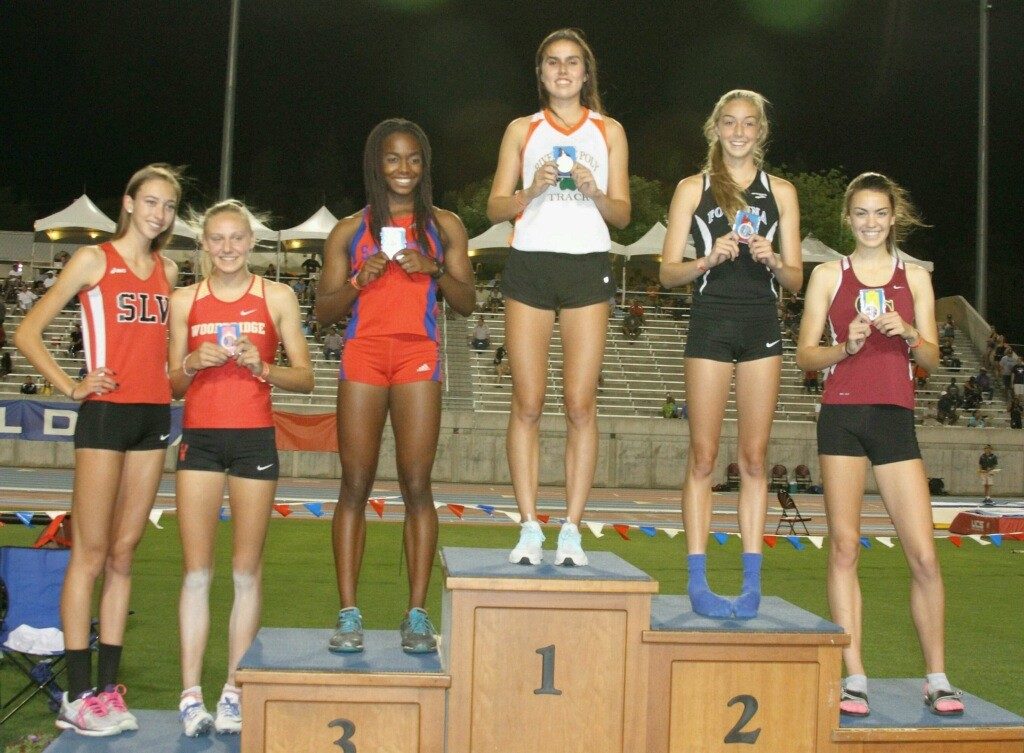 Clovis – Two weeks ago, the CIF Southern Section Championships gave us a glimpse of what we could expect in the upcoming state championship.  One of the strongest performances came from the Rancho Verde Boys team who flirted with a national record in the 4 x 400 relay running a CIF best 3:12:17 on the way to winning the school first Division 1 title. The Mustangs doubled in the 4 x 100 and when ask about their dominant performance, coach Tim Callier said at the time “We can run faster. We usually do our best when we don’t push it. We run our best when we don’t go after it”.

Clearly the strongest team in the section this year, Rancho Verde backed up their Southern Section dominance by adding its first Division 1 state title on Saturday evening at Buchanan Stadium.

Riverside Poly’s Abigail Burke might be the most compelling story of the season. Burke, only a Junior is the school’s first ever state champion in girl’s track & field after winning the girls high jump on Saturday evening. A year after losing at the Masters Meet and failing to advance, Burke outdueled the final five competitors at 5’8” to capture the title. Burke’s ability to successfully clear the bar on her first attempt at each height provided the winning margin. “We didn’t expect that. Things just started to fall in place and Abby was able to seize the opportunity.” Said Coach Robert Attical after guiding Burke to the title after only one season working together.  Attical joined Poly’s staff this season after 18 years of coaching at cross-town rival J.W. North. He has coached two previous state champions, 3 time Olympian Chaunte Howard and 2003 State Long Jump Champion Lena Bettis. 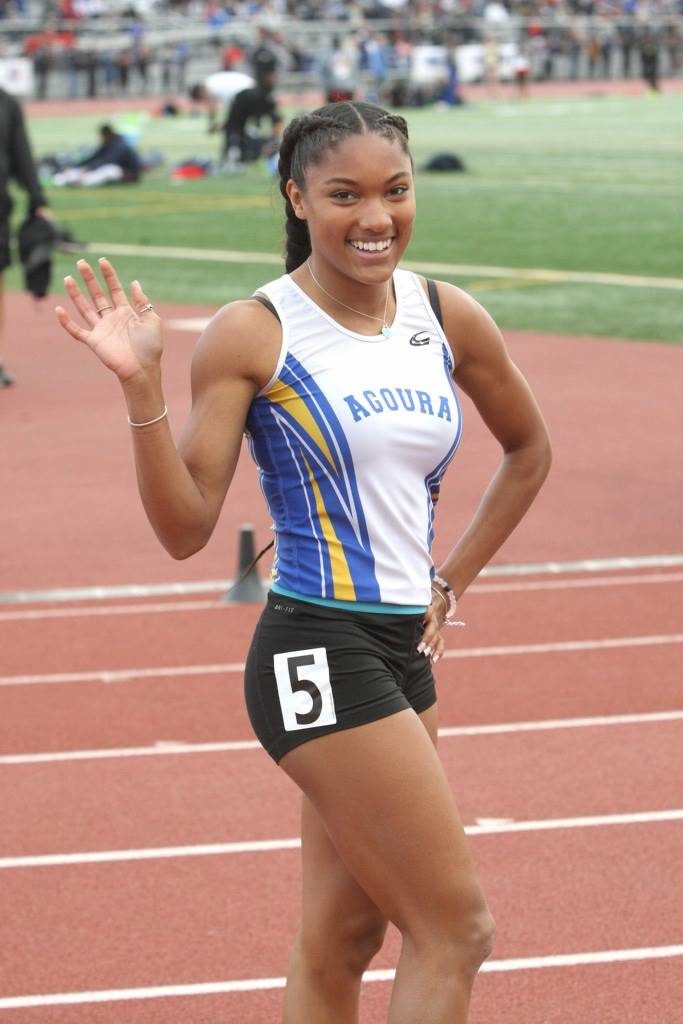 Saturday’s state championships saw several state records come under assault. Aguora’s Tara Davis, one of California’s biggest prep stars lead the attack. Davis completed one of the sports most celebrated feats. With wins in the 100 meter hurdles, long jump and triple jump, Davis completes the trifecta dubbed as tripling. Already the indoor long jump national record holder, Davis’ leap 22-01.25 on her final attempt replaced Marion Jones record leap of 22-00.50 set in 1993 in the California record books. Davis, a senior heading for the University of Georgia, spoke at length about the end of her high school career and the beginning of her college career. “I have bigger and better things to do.” Said Davis. With her energy and engaging a personality Davis is sure to be one of the sports brightest stars.

Vista Marietta’s Javelin Guidry won the 100-meter dash running a wind-aided 10.13, the faster time ever run by any high schooler.  A tremendous feat on its own, but Guidry also stands alone as the only person to hold titles in two states.

As a Junior, Guidry won the State 5A 100-meter Championship in Texas before moving to California this season and adding the California State title to his resume on Saturday at Buchanan Field. 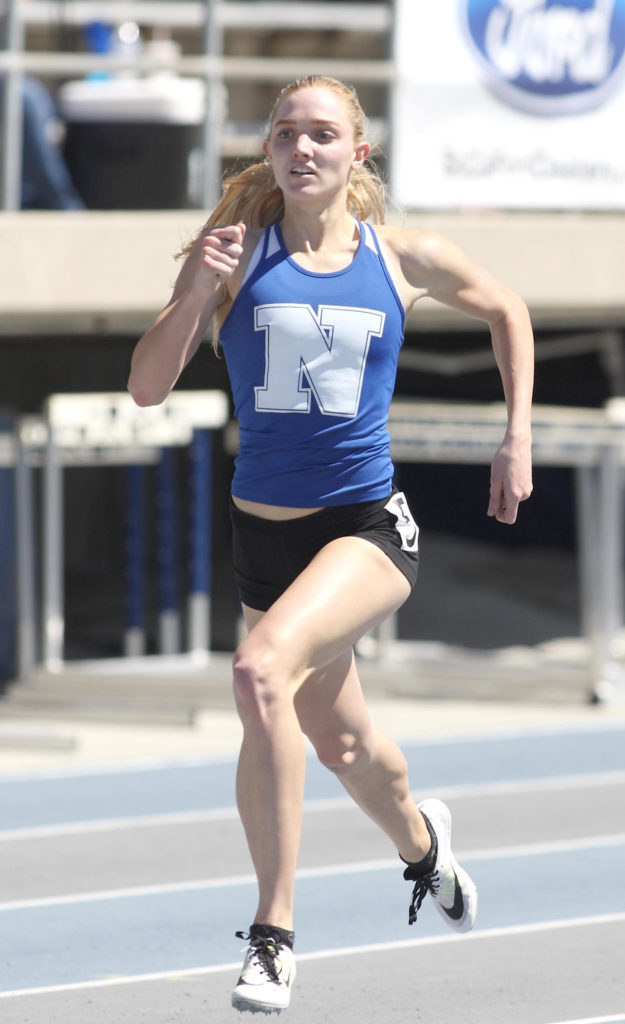 Norco&rsquo;s Shea Anderson winning the 400-meter dash Saturday at Buchanan Field. Anderson ran 52.91 to win the 400-meters and 40.31 winning the 300-meter hurdles and becoming the only recorded holder of both titles simultaneously in State history. Photo by: Robert Attical

Upland’s Joseph Anderson won the 110 meters hurdles with new state record time of 13.33 surpassing the previous recorded of 13.39 set by Kevin Craddock of Logan High in 2004. Anderson also won the 300-meter hurdles in a time of 36.02, completing a sweep of the Boys hurdles events. “I usually peek at the clock, I knew it was fast but had no idea it would be a record.” Said Anderson about his record-breaking performance in 110-meter hurdles

Norco’s outstanding Shea Anderson jumped into the gold medal mix by pulling off an extremely unusual feat, seldom seen in the sport. Anderson won the 300-meter hurdles title in 40.31 and then doubled in the 400-meter dash. Shea knocked off defending champion Jurnee Woodard of Vacaville in the 300-meter hurdles and later ran a strong 52.91 in the 400-meter dash clipping Bishop O’Dowd’s Tierra Robinson-Jones at the finish line to complete her double. In pairing these two events, Anderson becomes the only California State champion of record to hold these two titles simultaneously.

Other Inland champions include Ashley Anumba, Los Osos in the discus with a toss of 171-03 and Rancho Verde’s Isaiah Cunningham ran a 21.07 to win the 200-meter dash.

Gary Montgomery can be reached at gmontgomerybvn@att.net