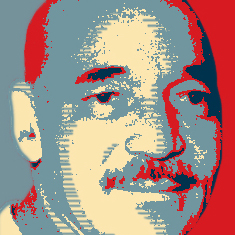 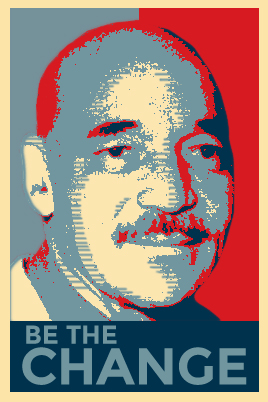 He was the son of a man born into slavery so he had a unique understanding of the importance of freedom. He understood the value of education so he earned undergraduate degrees in Mathematics and Physics and graduate degrees in Mathematics and Theoretical Physics and after retirement completed a doctorate in Christian Ethics. He passed that principle on to his children, who became successful medical and legal professionals.

He knew the importance of loving his wife, children and grandchildren. At the memorial service celebrating his life this past week, Calvary Presbyterian Church Associate Pastor Erin Thomas inspired us with Dr. Grier’s grandchildren’s reflections, “We will never forget your one-liners that made us laugh, when you made us homemade ice cream, and that you always told us, ‘I love you madly’,” she said. He knew love was not just showing-up for the big moments, it is helping with homework, playing in the yard, the everyday moments of laughter and laugh that give meaning to our lives. “He always made us feel important,” they said.

And he was the ultimate change maker. When he arrived in Riverside in the early 1950’s he encountered various forms of discrimination, and he was particularly disturbed by the discrimination in education, housing, and landownership, Riverside County Fair Housing Executive Director Rose Mayes told me yesterday. He was unable to live where he wanted due to the practice of redlining, and realized it was a widespread problem so he became a Realtor to help other minorities purchase homes and start to build wealth through landownership. He founded Riverside’s Habitat for Humanity so that the truly disenfranchised could have an opportunity to live the American Dream of homeownership. He understood that he couldn’t just fight discrimination from outside the system, so he served on the Riverside County Grand Jury. He became active in the NAACP, “to make inroads into the system which had vowed to keep us out,” he wrote in his book Trek to Equality.

It is more than appropriate that I joined the African-American Historical Society in bringing in the holiday season at a Festival of Lights Celebration held at the Grier Pavilion on the top floor of the Riverside City Hall. Named for Dr. and Mrs. Grier, the structure is visible from almost every vantage point in Downtown Riverside and is a reminder that a life lived in service to others is a life well-lived. And that anyone, even the son of a man born into slavery, can make a lasting difference in the lives of many.

In reflecting on the spirit of the season and the legacy left by Dr. Grier and his wife Eleanor, I thought of the Dickensian belief in “the possibility of change” that the holiday season symbolizes. And how powerful a concept transformation can be.

Last week I heard many comments regarding my blog on the wave of protests across the country that have been sparked by decisions to not indict police officers in the killings of young Black men and my publisher’s note on the legacy of Dr. Grier who died last month at the age of 99. His approach to the various challenges he faced and injustices he fought to overcome should be a lesson for us all, and especially for those of us frustrated by the current state of unease enveloping our country. He didn’t wait for progress to happen, he used his gifts to make a difference.

I challenge you to become like Dr. Grier. Be a change maker.