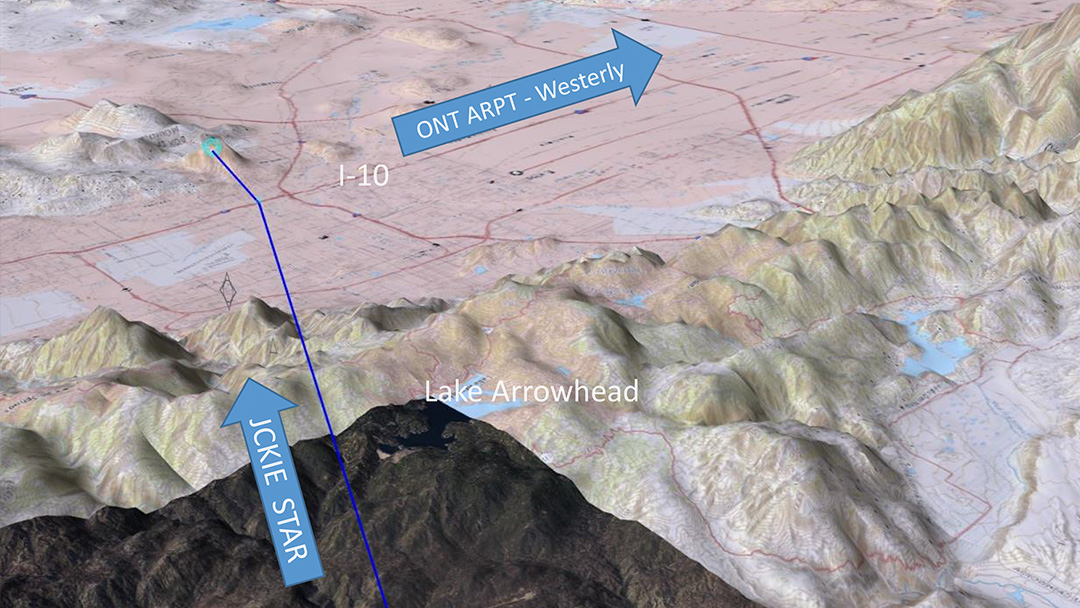 The Federal Aviation Administration (FAA) has announced a new flight path over the San Bernardino Mountains. The new plan cancels the controversial route over Lake Arrowhead, the source of numerous resident complaints since it was implemented in 2017. The new route will be similar to an older route over the mostly unpopulated area near Heaps Peak. Commenting about the change  San Bernardino County Second District Supervisor Janice Rutherford said, “It took us a few years to get to this point, but by talking and working with the FAA rather than tying this matter up in the courts, we were able get this flight path changed sooner rather than later.   She added, “I appreciate residents’ patience as the FAA finalized the flight path it promised us earlier this year, and I am also thankful for the support of Senator Dianne Feinstein, Senator Kamala Harris, and Congressman Paul Cook provided throughout our discussions with the FAA.” In late 2016 and 2017, the FAA’s Metroplex team undertook a national modernization effort laying the foundation for future safety and efficiency improvements. Officials said the effort was needed because many of the air traffic procedures in Southern California were decades old. While they were all safe, some were inefficient because they relied on ground-based navigation aids, which limit available flight paths.  As a result, dozens of conventional air routes like the one over the San Bernardino Mountains were replaced with ones based on satellite navigation. One of the routes took planes over the Lake Arrowhead communities, which are more than 5,000 feet above sea level. In April 2018, the FAA began diverting most night flights from the route over Lake Arrowhead in response to community concerns about noise the flights generated. Although the new flight path will officially be implemented on December 5, the FAA has warned that air traffic controllers may have to direct aircraft off the new route because of factors including traffic volume and weather conditions. As a result, it is still possible that this could occasionally result in aircraft overflying the Lake Arrowhead area and other mountain communities.