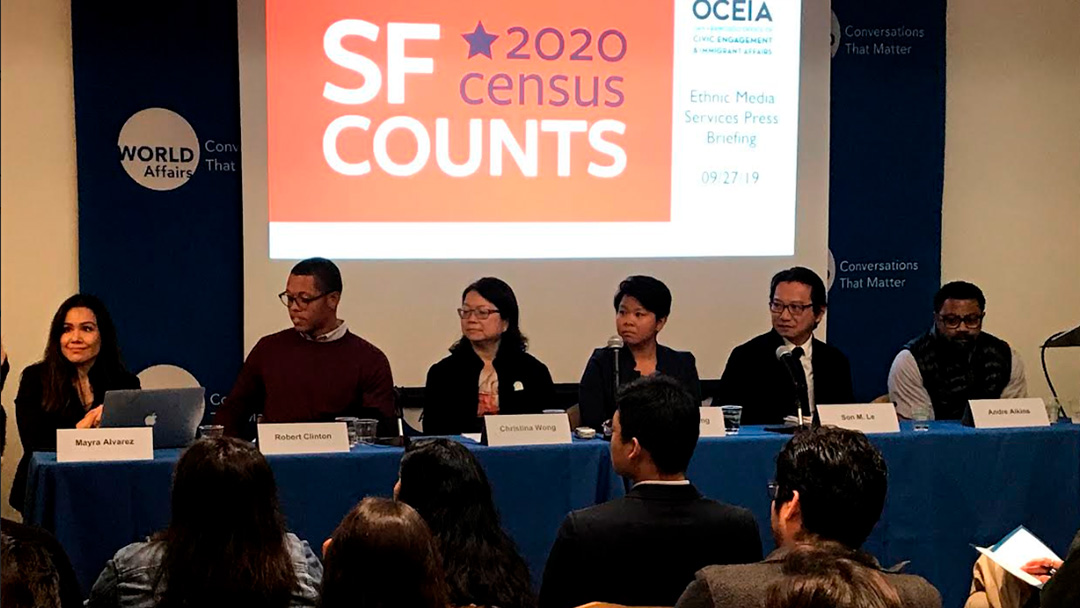 Contest enlists students’ help in getting their families counted, too.

With millions of dollars of federal funding on the line statewide, a gathering of youth serving organizations, community activists, city and census officials and ethnic media met to brainstorm how to ensure that the youngest members of the population – especially kids 4 and younger – get counted in the 2020 census next year.

“The youngest children are the least likely to be counted and wind up losing the most because their services disproportionally rely on federal funds,” Mayra Alvarez, president of Children’s Partnership, told the audience.  “And federal funds are driven by census data.”

The next chance to get it right won’t come until 2030, when those kids will have missed out on years of educational, nutritional and health care support they’re entitled to – at a rate of thousands of dollars for every person not counted.

“We need all the help we can get to make sure it’s a successful count,” said Robert Clinton, 2020 Census project manager for the San Francisco office of Civic Engagement & Immigrant Affairs, which co-hosted the Sept. 27 event at the World Affairs Council with Ethnic Media Services.

Attendees represented a broad swathe of diverse communities, from indigenous Mayan speakers from Guatemala to African diaspora members to Eastern Europeans, Asian Indians, Vietnamese-, Chinese-, Filipino- and Korean-Americans  – the latter being the immigrant group with the highest undercount.

There was broad consensus that getting trusted community messengers to promote the importance of everyone being counted, whatever their age or legal status, would be key. Those messengers could include ethnic media, community service providers and young people themselves.

To enlist teens and young adults, EMS announced the launch of a contest for 14-21 year old residents of San Francisco co-sponsored by San Francisco’s OCEIA.  Titled “Why My Family Counts,” the contest offers eight $500 first prizes and eight $250 second prizes for a 400-word essay, a work of art, or a 2-minute video/audio of music, rap or spoken word. Entries are due by Dec. 1.

Nationwide, in the last decennial census there were a million kids age 4 or younger who weren’t counted.  Of those, 10% were in California. Because census data informs approximately three-quarters of a billion dollars annually in federal spending, that undercount cost the state dearly in funding for such programs as school lunches, school breakfast, SNAP, WIC, Head Start and section 8 housing vouchers.

“We are risking billions of dollars not coming to our state,” noted Alvarez of Children’s Partnership.

California, as a state, has allocated $187 million toward getting everyone counted in 2020, to minimize a potential $3 billion loss of federal funding, she told the audience.

“Being counted accurately helps our children thrive,” she said.  “The message that kids are our future resonates.”

“They have to lead the charge and get their family on board, understanding the impact on their lives and their families’ lives,” said Andre Aikins, who teaches math and works to reduce violence through the organization Alive and Free. 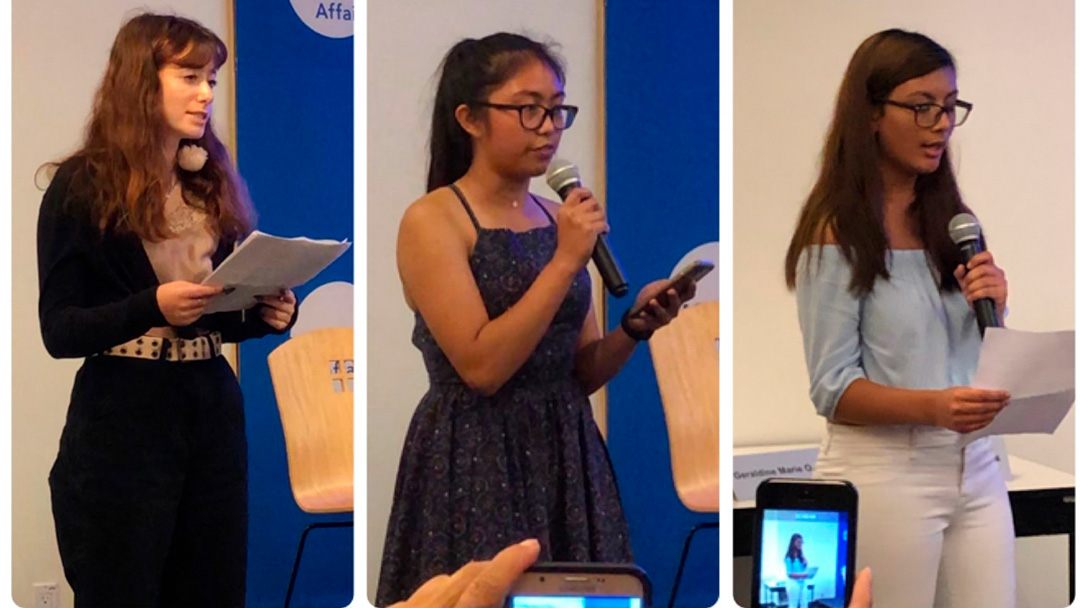 On Friday, Sept. 27, youth advocates and census experts, from left, Mayra Alvarez, president of The Children’s Partnership, Robert Clinton of the San Francisco Office of Community Engagement and Immigrant Affairs, Christina Wong of the San Francisco Unified School District, Hong Mei Pang of Chinese for Affirmative Action, Son M. Le, of the U.S. Census Bureau and Andre Aikins of Stay Alive & Free, addressed issues of the importance of and challenges in ensuring that all children are counted when the 2020 Census is compiled next year. (Photo by Mark Hedin, Ethnic Media Services)

He maintained that traditional outreach models may not work with today’s youngsters.  “We have to be very creative. We have to acknowledge that we’re in the digital age. Kids are tapping on phones before they can write.  They need color, they need rhymes, music.”

Some 6.9 percent of these kids live with their grandparents, 47.5% live in rental housing, and only 8% of those between ages five and 17 speak just one language.  All these characteristics pose a heightened risk of being overlooked in the census process – and costing their communities the taxpayer support they qualify for.

Joining the panel speakers at the event were three San Francisco United School District students, each of whom shared an essay they had prepared for the contest about how, as newcomers to the United States, being counted means being visible.

“Every 10 years we count our freedom,” said Talia Kishinevsky, a senior at Ruth Asawa School of the Arts, who described overcoming language and cultural barriers as an odyssey from Ukraine to the United States that her parents began in 1990.

The $159 million annually dedicated to special education, a combination of $14 million of federal grants, plus state and local dollars. But all of those allocations are based on census data.  Similarly reliant on census counts are the national school lunch program, for which more than half of SFUSD’s students are eligible, and Title 1 programs that focus on helping low-income students, Wong emphasized.

Losing this kind of support “can lead to a multiplier effect” for the challenges families face, said Hong Mei Pang of Chinese for Affirmative Action.  Giving a shout-out to the millions of young people demonstrating worldwide for climate change, Pang praised the student presenters and underscored the key role they will play in encouraging parents to fill out census forms online.

Unlike in 2010, she noted, the paper form of the questionnaire will be in English only with a Spanish translation provided if a specific census tract  meets the standard – which none in San Francisco have.

Census Bureau outreach specialist Son M. Le, a longtime community activist, pointed out that 80% of the kids overlooked in the 2010 census came from families who were counted.  Not counting kids is as much a problem of lack of understanding and information as it is about mistrust of government. Recalling his own arrival as a lone teenager in San Francisco’s Tenderloin, Le predicted the success of the census rests finally on people’s willingness to break out of their own isolation, and young people can lead the way.