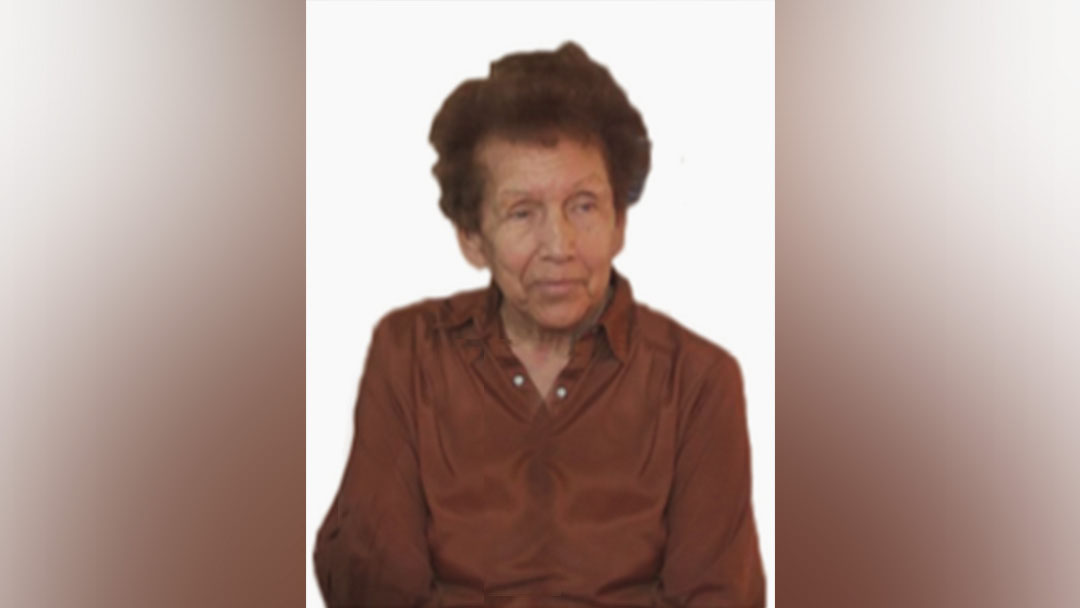 The friends and family of Pauline January will celebrate her life at Life Changing Ministries in San Bernardino on Saturday, October 17th at 11:00 am.

Pauline Morton made her debut on Oct. 13, 1930 when she was born to her proud parents, Thomas and Loti James Morton, in the town of Halifax, Virginia. Pauline was the seventh child of eight born to this union:  Thomas Jr., Helen, Beatrice, Jimmy, Mattie, Elsie, Pauline, and Mary. They grew up a close-knit family on a tobacco farm, enjoying all the benefits of farm life.

Pauline was always a curious and goal-oriented child who overcame polio.  She loved to read and enjoyed learning. She attended grade school at “Winns Creek,” a one room schoolhouse that was located in her backyard, taught by her mother and elder sister, Helen.

Pauline graduated at the age of 16 from Halifax Technical High School in 1946, and continued her education at North Carolina Central University, where her original major was Home Economics. After meeting Coach Leroy Walker, he convinced her to change her major to Physical Education, a major uncommon for African American women during that era. Pauline gladly accepted the challenge and received her Bachelor of Science degree in 1951.

Immediately after graduation, Pauline married John Daniel Hobbs who had enlisted in the United States Air Force and was stationed at Norton Air Force Base in San Bernardino, California.  They were blessed with a son, John Daniel Hobbs, Jr., affectionately called Danny on July 17, 1960.  Danny was the joy of Pauline’s life. She devoted her life to him and extended that love and devotion to his three children, Melanie Lorraine, John III (“Jack”), and Michelle Pauline, who were the apples of her eye.

Pauline began her career with the San Bernardino Unified School District, teaching Physical Education and coaching the majority of the female sports at Richardson Junior High School for 15 years.  Pauline earned her master’s degree in counseling from La Sierra University in Riverside, and in 1968 became one of the first African American female administrators at San Bernardino Valley College, where she served as a College Counselor for 20 years.

During the last 10 years at SBVC, Pauline transitioned back to her first love of teaching Physical Education, becoming their Female Basketball and Cross-Country Coach, and implemented physical education classes for the physically challenged.  At SBVC, she was constantly guided to and placed in positions where she graciously helped others.  Pauline retired from San Bernardino Valley College in 1994.

During retirement, Pauline was not satisfied sitting at home and playing golf.  Wanting to stay active and continue operating in her God-given gift of helping, Pauline embarked upon her second career as an English teacher, employed by the California Youth Authority and California Institution for Men in Chino.  In 2007, her health began to falter, and Pauline was forced back into retirement.

Pauline loved the Lord and was “in church” all her life.  While in San Bernardino, Pauline was an active member of St. John’s Episcopal Church, then Holy Trinity Episcopal Church in Covina.  Pauline was a member of Atlanta Deliverance Evangelistic Church in Stone Mountain, Georgia under Pastor Harold Krause, and New Life Christian Fellowship in Ontario, CA under Pastor Dominique Woods.

Pauline was an educator, community activist, and trailblazer.  She was active in the Alpha Kappa Alpha Sorority, Inc., and a founding member of the Eta Nu Omega Chapter.  She implemented the Foreign Student Exchange Program at SBVC, helping students assimilate into American culture as well as matriculate into a four-year college.  Her home was like a happy United Nations, hosting different cultural events.

“Miss Pauline” (as she was lovingly called) loved to golf, collect frog figurines, teach, and cook (non-fat of course); she was known for her smoked turkeys and creamed corn.  She prided herself on staying in good shape, spiritually, mentally and physically, walking up and down that hill in Covina through her 70’s, swimming laps in her pool, and working out in her home gym.  She was a force to be reckoned with.

Left to cherish many memories are: son, John Jr.; grandchildren, Melanie, John III and Michelle; her only living sibling, Mary Moore of Durham, NC; sister-in-law, Sereta Morton of Halifax, VA; and a host of nieces, nephews, and close friends who loved her dearly.