The Center Against Racism and Trauma (CART) will launch the inaugural Antiracist Summit for the Inland Empire on Wednesday, March 17 at 5:00 pm via Zoom.

This event commemorates March 21, the United Nations International Day for the Elimination of Racial Discrimination. The theme for this year’s event, “The Antiracist Movement,” will be the signature Antiracism coming together for the Inland Empire. The public can register at: www.destroyracism.org/events

“We are pleased to announce that the speaker for the event will be Dr. Ibram X. Kendi, author of ‘How to be an Antiracist.’ It is time for the Inland Empire to be a leader in antiracism,” said Corey Jackson, Co-Director of CART.

“Growing up in the Inland Region and now raising two Black girls, we must build a more fair and justice society for the next generation,” said Jernine McBride, Co-Director of CART.

The Center Against Racism and Trauma is an Inland Empire-based organization whose mission is to equip the region with information and opportunities to fight against all forms of racism.

CART is working to eliminate racism through education and action by confronting racism in all its forms, targeting communities displaying racist ideologies, providing resources for children and parents, and working with elected officials to change racist policies ingrained in local government. 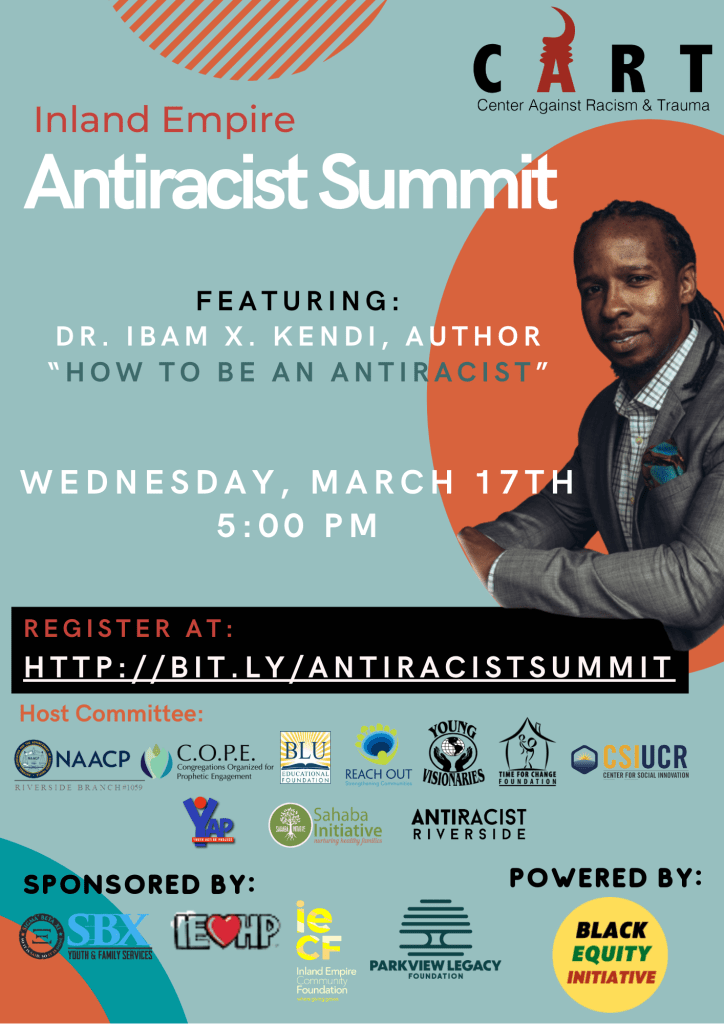