Four years ago, a Republican Mayor (whom I supported) moved one of his commissioners into San Bernardino’s 6th Ward to run for City Council to fill a position that was being vacated by retiring councilmember Rikke Van Johnson.

Westsiders voted overwhelming for Bessine Littlefield Richard who grew up on the Westside but did not have a visible history of Westside involvement, by a landslide margin of 63 percent to 36 percent,

That was then and now, she has four years of everyday involvement on the Westside. Over the past two years she has spent many hours at my home talking about the city’s problems and seeking ideas on how to solve them. While I have not seen eye to eye with her on how to solve them, she still comes over to discuss her ideas and seek my thoughts as a long-time resident of the 6th Ward.

For example, we are working together on resolving this long-time problem stemming from the underrepresentation of Blacks in the Police Department. The fact that there has never been a Black Police Chief is not Councilmember Richard’s fault, but the fault of those who represented us prior to her being elected.

To use Former Councilmember Rikke Van Johnson as an example, he sat in the seat for twelve years, since March 2004, and had many opportunities (four to be exact), to bring this problem of underrepresentation of Blacks to the public’s attention but never did. 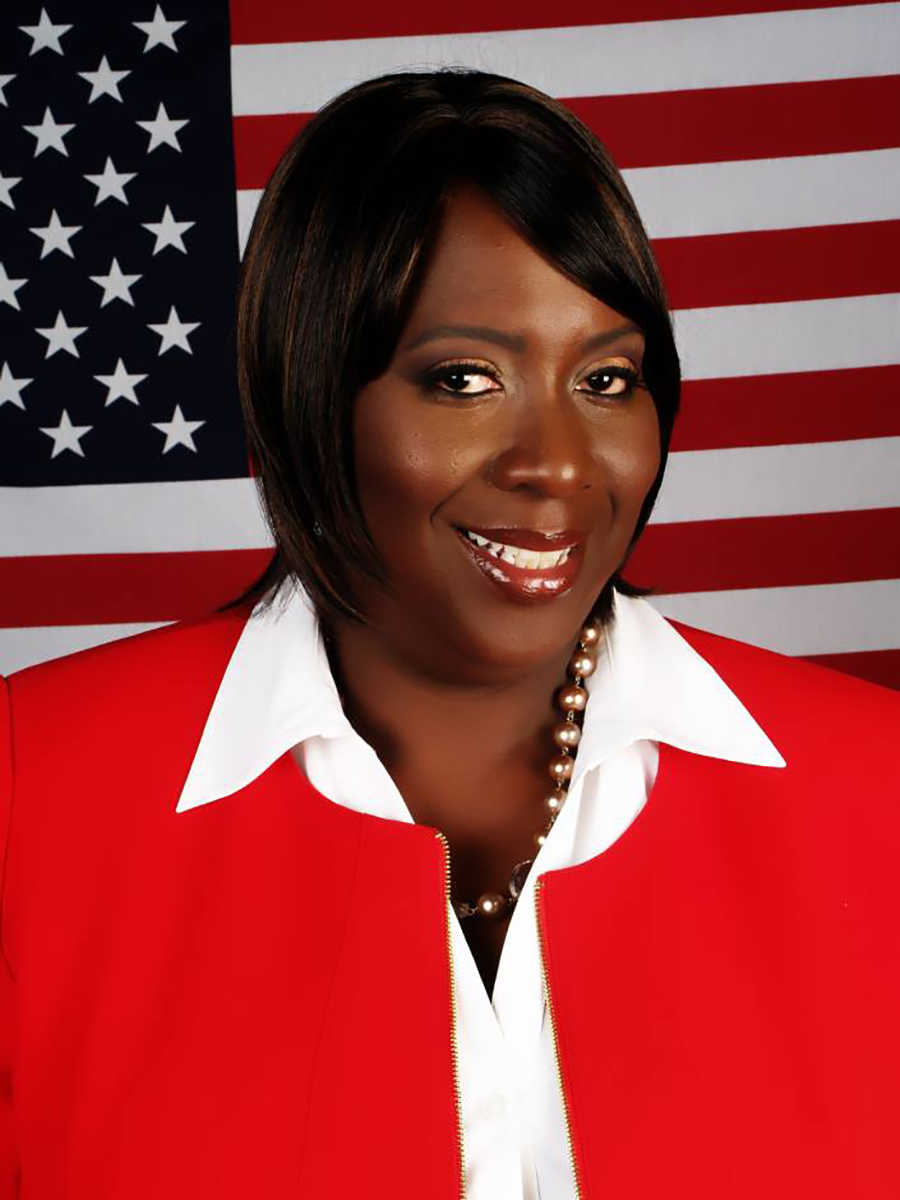 Now here we go again, trying to bring someone in to replace someone who has gained enough status and respect from her peers to become Mayor pro-tem and who also has some influence with a coalition to deliver things for the Westside. I know this for a fact because I have attended meetings for the past year, to witness for myself.

I have heard that candidate Kimberly Calvin moved into San Bernardino from Fontana to run against Councilwoman Bessine Richard. That is her right, but in my opinion, we cannot start all over again and give up this seniority and influence in the council.

If the position was vacant with no incumbent, I might take a different stance; but we need someone who has been here now, more than ever. And, to have someone move here just to run for political office to replace Bessine Richard who has experience—I am against.

Until very recently, Calvin’s personal Facebook page listed her home as Fontana.  Actually, she just moved into San Bernardino in October of 2019—and then immediately announced her candidacy for City Council. If you listen to the recent meeting of the Northwest PAC community forum you will hear Calvin state, “It was hard for me to find a home to rent in the 6th Ward”.

Why did Calvin become a carpetbagger into the 6th Ward?

Bessine isn’t part of the Political Old Guard (POG) that drove San Bernardino into bankruptcy.  Rather, she’s part of the historic new Community of Color majority that represents real change on the City Council.

Calvin telegraphed her supporters’ true agenda by telling voters at the Northwest PAC community forum that San Bernardino needs to “go back to the old way.”  Sixth Ward residents understand that the “old way” means having their concerns ignored by city leaders.

In her first term, Bessine was successful in getting the city to bring new housing, long overdue park improvements and a new community policing system which includes a future local police station, on the Westside.

The politicians who used to rule the roost in San Bernardino don’t like city resources being diverted from their country club precincts to benefit struggling families on the Westside.  They couldn’t find any legitimate local candidates to run against Councilwoman Richard, so they brought out the old carpetbagger playbook once again.

Carpetbagging was rejected by 6th Ward voters last election.  I predict it will fail again on