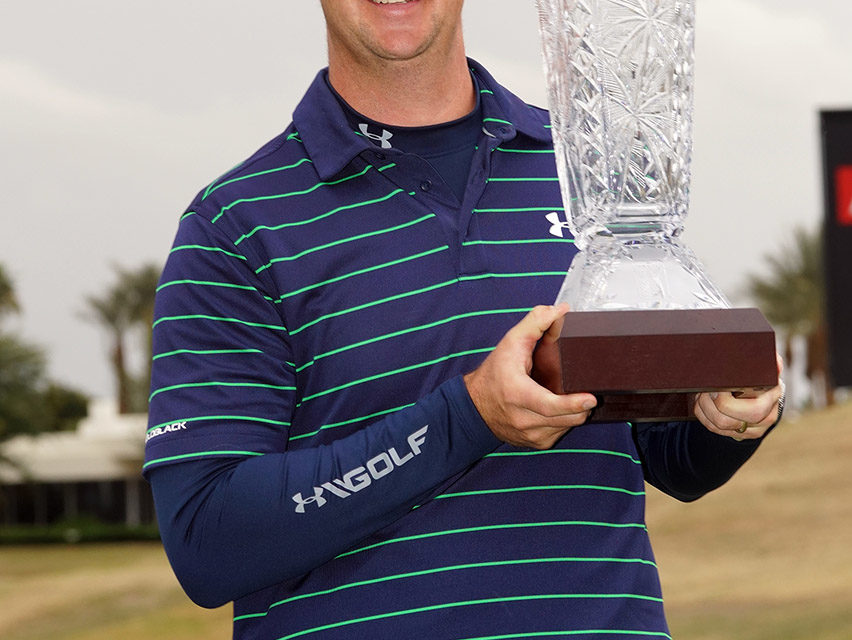 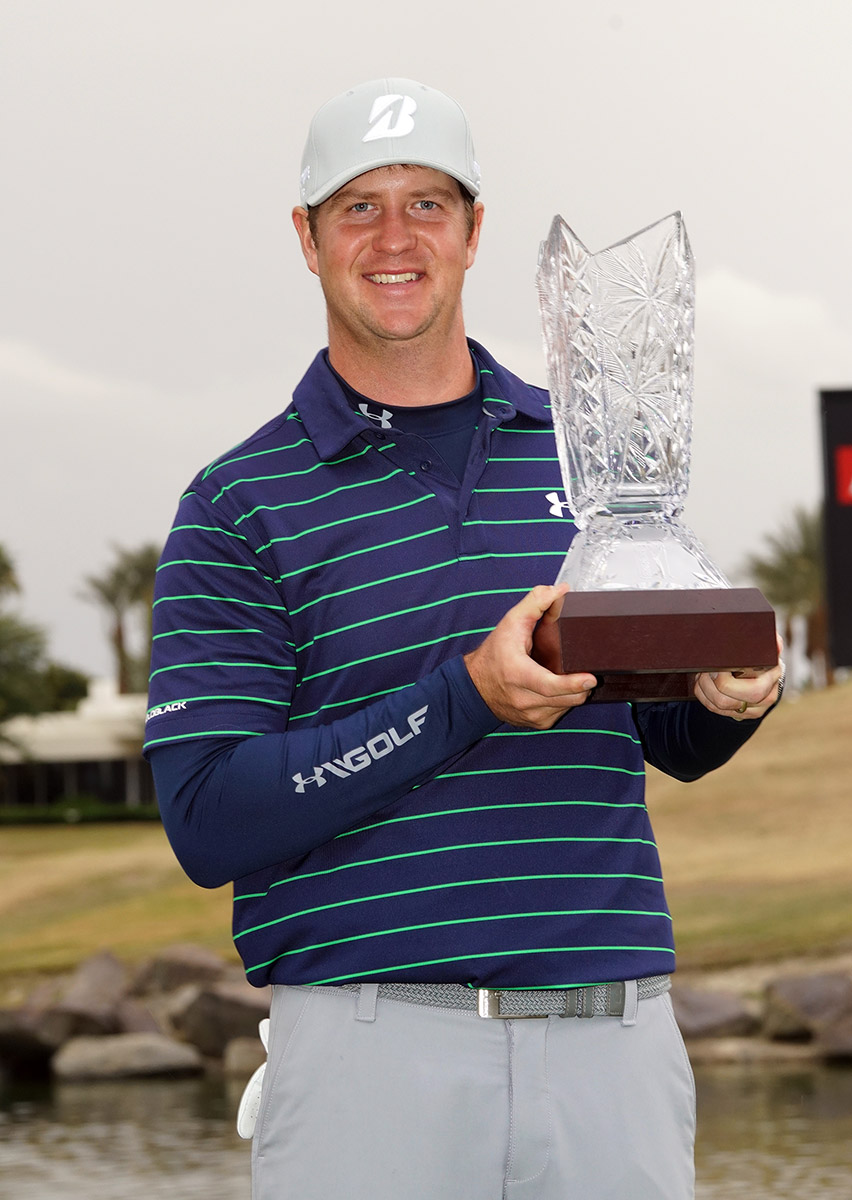 La Quinta – With only minutes left before the desert skies unleashed a torrent, Hudson Swafford slipped past a crowded field on the back nine to win the 2017 CareerBuilder Challenge in La Quinta.

Swafford started the final round 5 strokes off the lead. With Canadian Adam Hadwin coming off a course record 59 the day before at La Quinta and holding a 5 stroke lead, the smart money bets weren’t on Swafford to win.

Swafford birdied the final three holes to finish 20 under and claim the 1.04 million dollar first prize share in the CareerBuilder Challenge by a single stroke over Adam Hadwin.

“They don’t give them away out here. It’s not easy. I’ve been close, I’ve been in the heat lately, just keep giving myself a chance,” said Swafford about his win.

Swafford, a 6’3” former Georgia Bulldog started the day 5 shots behind final round leader Chad Campbell.  After shooting a 2 under par 34 on the front nine Swafford had closed the gap on Campbell and trailed the new leader, Adam Hadwin by only one stroke. 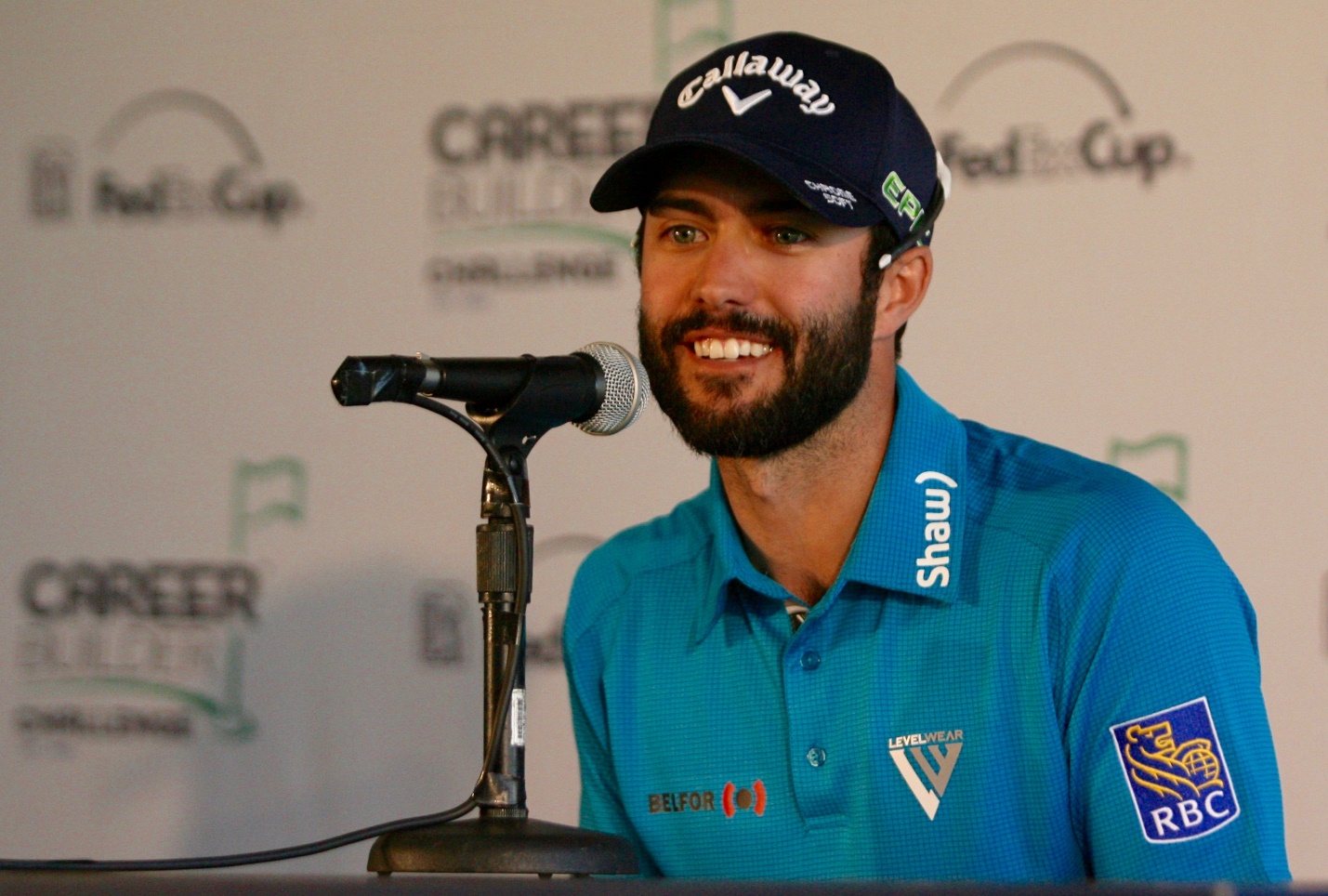 Swafford’s birdies on 7, 8 and 9 tightened the field. At one point, on the back there were six players tied for the lead.

After settling for pars on the first four holes of the back nine, Swafford grabbed a share of the lead from Hadwin when he made an 11-foot birdie putt on the 15th hole.

Hadwin, coming off a course record 59 shot at La Quinta Country during Saturday’s third round had become only the ninth player in the PGA’s history to card a sub-60 score in tournament play.

But that was on Saturday and Sunday came with new set of challenges.  Hadwin battled mightily trying to hold on to his share of the lead. Birdies on the 16th and 17th holes kept him within one stroke of the lead and possibly another birdie on the 18th to win or extend it to a playoff.

After hitting it into the rough, Hadwin was still able to get up and down for a 2 under 70. But, it just wasn’t good enough.

“I was a little disappointed,” said Hadwin. “I would have loved to put a little bit more pressure on Hudson coming up the 18th, but just to be able to get up-and-down from the lie that I had was pretty impressive”.

Meanwhile, Swafford took advantage of lessons learned during Saturday’s round 3 when he drove it into the bunker and doubled the hole.

This time, on the par-five 16th, Swafford smashed his drive right up the middle and then proceeded to put his approach shot 12 feet from the flag from 229-yards out.

On the 17th hole, an island green nicknamed “Alcatraz”, Swafford put his tee shot within 2 feet of the flag and carded the deciding birdie.

With Hadwin in the rough on the 18th, Swafford only needed to avoid making a mistake.

Swafford barely missed a 20-foot birdie attempt and tapped in a 2 inch par putt on the 18th for a 5-under 67 round and 20-under 268 for the four round tournament total.

Swafford becomes the 2017 CareerBuilder Champion in his 93rd PGA Tour start and along with that comes and invitation to Augusta National to play in the 2017 Masters. Not bad for a fun week in the Desert.